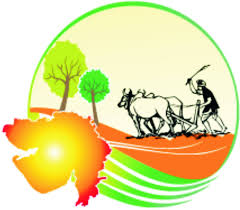 Permission was denied to the farmers to hold a meeting citing reason of the pandemic guideline while the BJP easily gets nod to hold its meetings.Damayantee Dhar 13 Jan 2021

Khedut Samaj, one of the farmers rights organisations based in Gujarat has moved the High Court after being denied permission to hold a meeting in Surat district. The meeting was planned to hold a discussion on farm laws and its implication for the awareness of local farmers and the speakers at the event included Gujarat-based economist Hemant Shah, Advocate Anand Yagnik and Prashant Bhushan.

The permission, sought by Manubhai Gandabhai Patel, Khedut Samaj’s Secretary of Olpad taluka in Surat, was denied by the office of the Police Commissioner on the ground of pandemic guidelines. Following this, the farmers’ body challenged the decision in the Gujarat High Court stating that the Khedut Samaj wants to hold a meeting of about 200 people in the premises of a huge campus of a cooperative society where organisation has its office. Khedut Samaj had sought the permission to hold the meeting on either January 16 or 17.

During a hearing on the matter on January 13, the farmers’ body told the High Court, “Pandemic is not applicable to BJP (Bharatiya Janata Party), the political party in power, as is evident from the number of permissions being given to it. The political party, which runs the government, headed by its president CR Patil gets permission every now and then to hold meetings to express support in favour of the farm laws and in every meeting COVID-19 guideline are being violated and no action is taken.”

“Whereas the petitioner organisation wants to hold a meeting well within the COVID-19 guidelines and even an affidavit is filed to take care of the five concerns of the government on the issue of health and COVID-19 situations, but is denied permission,” continued the statement.

“The meeting was to be attended by farmers who head our organisatison at taluka and district levels. The aim was to make these farmers aware of the issues related to and affecting farmers including the three farm laws. So that they can go back and create awareness amongst local farmers,” Jayesh Patel, President of Khedut Samaj told the NewsClick.

“Our concern is that of the MSP (minimum support price) and the state opening doors to private APMCs. The farmers should get MSP on his produce whether we sell in cooperative market or in open markets. Currently, the government has included about 22 or 23 produces or crops to be sold at MSP but we want that for all our crops, especially perishable vegetables and fruits to be included to be sold at MSP,” said Jayesh Patel. He said that farmers have been selling their produce at Agriculture Produce Market Committee (APMC) till now where crops are bought at MSP. But who will buy at MSP if in coming days the agriculture cooperative markets seize to exist, Patel asked.

Farmers fear that entry of private players, enabled by the farm laws, will lead to end of cooperative markets. “Since the government has not yet laid down clear criteria for private APMCs to buy produce from farmers at MSP, the individual businessmen will control prices. We are apprehensive that they will initially offer the farmers high price till the cooperative markets go out of business, eventually making private APMCs the only place for farmers to sell their produce. This monopoly will not be conducive to farmers. This way the private businessmen will dictate both buying price from farmers and selling price to retailers,” Patel said.

Noticeably, the BJP led Gujarat government cleared an ordinance in May last year ending the “monopoly” of state run APMCs. The Gujarat Agricultural Produce Markets (Amendment) Ordinance, 2010, allowed private entities to set up their own market committees or sub-market yards.

“Any silo or warehouse owned by a private entity can be converted into a sub market or yard and can compete with APMCs. These markets can be set up by farmers themselves,” the government officials had stated while passing the ordinance.

Interestingly, a private APMC is coming up in Ahmedabad is owned by son of Jamnadas Patel, BJP MLA from Daskroi and former Secretary of APMC. A sprawling area of about 24,000 square metres has been constructed to hold 125 shops and is registered under the name of Karnavati Agricultural Market. The foundation work of the private APMC began in September last year after the ordinance was passed.

In the last fiscal year, over 200 APMCs in Gujarat, in which about 65 are non-functional, together conducted a transaction worth Rs 35,000 crore and earned Rs 250 crore as cess of 0.5% on transactions.

“This is exactly why farmers of Punjab are protesting. The Gujarat government is proving the farmers protesting near Delhi right. The privatisation and then monopoly of private businessmen and corporates in place of cooperative markets will be a doom for farmers,” says Dev Desai, a Gujarat-based activist who has been protesting near Delhi since January this year.