Nagaland: Promises frustrated by Indian govt’s non-implementation of peace accord 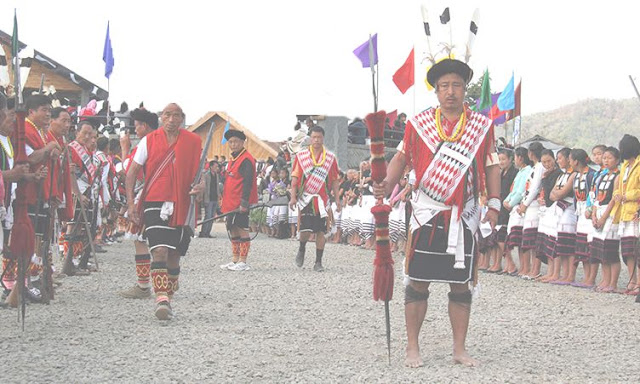 ***Warmest greetings to all our Naga sisters and brothers. It is an honor to join you today in your celebration of the 75th year of Naga Independence. The first time I heard of Nagalim was 30 years ago when I joined in 1992 the secretariat of my local organization, the Cordillera Peoples Alliance. I met some of your leaders like Nengulo Krome of the Naga Peoples Movement for Human Rights. Later, I had the opportunity to meet young leaders like Nengreichon and younger ones like Atina and others. I am happy to see you again and other indigenous activists, although online. Since then, we have maintained communications, but more importantly, we developed and strengthened our solidarity.On behalf of the International Indigenous Peoples Movement for Self-Determination and Liberation or IPMSDL and its network – the Commission on Indigenous Peoples of the International League of Peoples Struggles, the Indigenous Peoples constituency of the Civil Society Organizations for Development Effectiveness, and the Merdeka West Papua Support Network – let me read our message of solidarity.
History has proven that the road to freedom is paved with suffering and sacrifice. Indigenous Peoples who fought and continue to fight for their freedom against colonization and modern-day oppression know the costs of the struggle for independence.
On the 75th year since the declaration of Naga’s independence, we join you in celebration. Happy Naga Independence Day. We are also one with you in honoring, remembering the countless sacrifices of those who died to defend Nagalim’s freedom and sovereignty.
We see many similarities in the situation between the Nagalim and the Philippines. Human rights violations, poverty and neglect, discrimination, and exclusion drive us to resist and fight for a just and better future.
The colonial forces then and the succeeding state of India gradually encroached on Naga and other previously sovereign kingdoms in the Northeast. It coerced Naga into the so-called Union of India.
Throughout the years, India has cut and divided the Naga territory. It has sown seeds of conflicts within and between neighboring peoples that led to the emergence of various political factions.
However, the Naga movement and armed resistance persist in mobilizing its forces, and organizing communities. The central government of India responded through violence. It enacted security laws and deployed the Indian army to repress the growing independence movement of the Naga Peoples.
With the hope to end this cycle of violence, the government of India and the Nagalim armed resistance held peace negotiations and signed agreements. Many have pinned their hopes on the promises of the peace talks, only to be frustrated by the Indian government’s betrayal and non-implementation of the peace agreements.
In 75 years, the Naga struggle for freedom and independence continues. Despite the threats of the pandemic, repressive governments, and entry of destructive projects into your territories, you continue to stand your ground. It inspires self-determination movements in Asia and all over the world.
We, the IPMSDL and network, extend our heartfelt solidarity to the Naga peoples in your fight to claim your rights to lands, territories, and resources and for genuine development, justice and peace. We are honored to lend our voices in support of your struggles and aspirations. In unity and solidarity, we can achieve more victories toward building a better world for Indigenous Peoples and other oppressed peoples. Kuknalim!
Long live Nagalim.
Long live Naga independence.
Long live international solidarity!