Protect our Republic, my lords 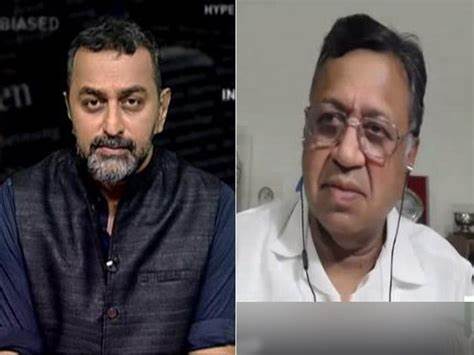 The facts are brief. Mr. Arnab Goswami of Republic TV, a media group perceived to be supportive of the ruling party, was arrested by the Mumbai Police on November 4, 2020 on a charge of abetting the suicide of Anvay Naik. The suicide note mentioned that the channel had not paid bills amounting to ₹83 lakh and this was a proximate cause of the act of suicide. The accused was remanded to judicial, not police, custody. He moved a writ petition for habeas corpus before the Bombay High Court, wholly unusual, since that only applies to detention without cover of law; in this case he should have moved the Sessions Court for bail or discharge and then come to the High Court if unsuccessful.

A contrast that is worrisome

The High Court heard his case for five hours on a holiday, and said exactly this on November 9. Mr. Goswami did file such a petition. Strangely, he also moved the Supreme Court and his case is listed on November 11. It takes up the whole day, and that evening he is set free, and emerges pumping his hands in the air, much like a conquering public hero. Two whole days of judicial time of top constitutional courts have been spent in deciding whether this one man should get bail, when his case for precisely this relief was coming before the Sessions judge the next day. As regards the release itself, suffice it to say that once a court thinks there is no tenable case for continued detention, no man should be held imprisoned.

There is however the disturbing contrast between the breakneck speed of the Supreme Court in this case with other cases which involve large scale and serious violations of fundamental freedoms. And at the back of the discourse looms large two questions, almost too frightening to voice. Has the Court done the one thing which a separate and equal judicial arm never does, and that is to cease being the counter-majoritarian check to a powerful executive? Has the Court abandoned its role of judicial review over acts of government, reducing itself to an arbiter of private disputes?

What is of import

I cannot but help recall what happened at Rashtrapathi Bhavan when the then chief Justice of India M.N. Venkatachaliah was sworn in to his office in February 1993. Prime Minister P.V. Narasimha Rao said that he looked forward to a cordial relationship between the Court and the government.

He received a riposte which can only be described as classical — “Mr. Prime Minister, the relationship between us has to be correct, not cordial. Cordiality between court and government has no place in our constitutional scheme of checks and balances.”

When comes another such Chief Justice of India? And what must the Bheeshma Pitamah, recently turned 92, be going through when he surveys the present Court and notes that there is not one decision in the recent past where the Court has held against the executive?

And that there are several where it is the writ of the executive that runs, simply because there is no judgment of the Court. Witness the petitions against the Citizenship (Amendment) Act, preventive detentions in Kashmir, and the challenge to the dilution of Article 370. And the appeal against the gag order of the Andhra Pradesh High Court preventing the reporting of the first information report about land grabbing by those with proximity to high places is still awaiting listing after two months.

And in one case, a decision comes in after the issue no longer survives, that of the Shaheen Bagh protest, where the Court decried the unregulated use of public spaces for protest. Leave aside the merits of the decision, the question is whether a gentler factual backdrop would not have been more advisable. Context matters, my Lords, context matters. It is not just every word of what you say that is examined, but in what kind of case you say it, as well as the cases where you say nothing. That all adds up to tote the balance you hold between us the people and our rulers. It also determines another balance, that of power between you and the ruling forces in politics and government. The unstated major premise of judicial realpolitik is that your power comes not from Articles 32 and 226 but from the public esteem and regard in which you are held, and that proceeds from the extent you act as our constitutional protector. In direct proportion. Sans that, there are only the trappings.

Following on the heels of the Arnab Goswami release comes the Attorney-General for India’s nod to book the stand-up comedian, Kunal Kamra, for contempt of court for his tweets about the Supreme Court in the instant scenario. (Incidentally, this is the man the Ministry of Civil Aviation banned from flying for accosting and berating Arnab Goswami on a flight.) What kind of message is being sent out here? The staple fare of comedians is to exaggerate to make a point; has our Supreme Court really come to the stage that it should be pricked by this? And then again, remember that in all courts, there was a special place reserved for the jester. Not just for humour, he also had the licence of satire to make pungent observations. In so doing, he served a valuable purpose — of telling the king what he needed to know, not what he wanted to hear. A stratagem to ensure that truth got spoken to power sans aggressive posture. Great kings valued their jesters like Akbar did Birbal and Krishnadevaraya did Tenali Raman, good kings tolerated them, the others beheaded or banished them. Mark you, also, it is very difficult to use the blunderbuss law of contempt to deal with a nimble jester, who incidentally, has now become nationally famous. Speaking of the Attorney General, one hopes that he will soon revert to what he is constitutionally mandated to do — to appear in Court in major cases of constitutional importance. He is our seniormost lawyer of constitutional vintage, with unmatched erudition and experience, and knows perfectly that he is the first law officer of the Union, not the lawyer for the government of the day or party in power, a distinction that seemingly evades his deputy, the Solicitor General.

May I present, my Lords, a solution. Extend the grace of your early hearing to Varavara Rao, poet, aged 80, suffering neurological and urological health issues. To Sudha Bharadwaj, aged 59, civil liberties defender, suffering hypertension, heart disease, diabetes. They have been incarcerated from August 2018. To Siddique Kappan, the journalist from Kerala detained on his way to Hathras in October this year. Take heed of the pitiable plight of Stan Swamy, activist, aged 83, suffering abdominal pain and multiple falls in jail; he is unable to hold a glass because of Parkinson’s disease, his plea to use a sipper/straw in jail has been adjourned by three weeks to November 26. Let their cases too be posted emergently before the same Bench — which so instantly gave relief of personal liberty to Mr. Goswami — and let them be judged according to law. And then lead us on the path of constitutional purity so that our Republic may prosper.