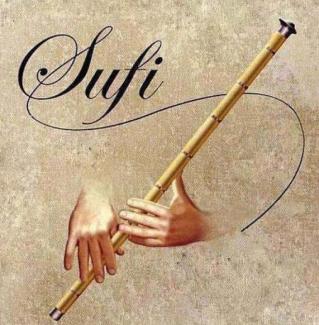 An urs, or commemoration of the death of a Sufi philosopher-poet-singer, began in Kasur/Qasur, in Pakistan on Friday, August 24, and someone posted a few lines on Facebook from a beautiful poem anyone – atheist or believer – can identify with.

Baba Bulleh Shah’s poem, Bulla, ki jaana maen kaun(text and youtube links below), has particular resonance in the context of a great deal of xenophobia and distrust of the other that we are witnessing in many parts of the world, and especially in India.

In my southern Indian city, Bangalore, rumours recently led to the exodus of thousands of people originally from Northeastern India. The rumours were blamed on another minority in the city, the Muslims, who then felt obliged to host extensive rounds of Iftar parties (breaking the fast during the month of Ramadan/Ramzan) and dinners, inviting people from Northeastern India living in Bangalore, so as to reassure them that neither posed any threat whatsoever to the other.

It was apposite that just as the city began to recover from that ignoble trauma, the urs for a humanistic saintly figure began in another part of the subcontinent, where too large numbers of Pakistani civil society activists were energetically denouncing attacks on minorities and outrageous allegations of blasphemy. The troubles in India itself had started because of exaggerated rumours and false pictures depicting the fate of the Rohingyaminority in Burma. And what is far worse, there have been clashes in the northeastern Indian state of Assam, pitting tribal people against presumed ‘outsiders’ from Bangladesh.

Who are outsiders and insiders among human beings who have been constantly migrating for thousands of years, whose DNAs can be traced back, according to overwhelming scientific evidence, to an African mother and whose languages, philosophies and religions are so interlinked? What earthly basis is there for this Auslaender raus (outsider out) thinking?

The poem by Bulleh Shah (1680-1757) contains many lines acutely relevant to the present times. This version is taken from the singer Rabbi Shergill’s websites.

Bulla, ki jaana maen kaun (Bulla, to me I’m not known – also translated as Bulla, who knows who I am?)

Na maen momin vich maseet aan
Na maen vich kufar diyan reet aan
Na maen paakaan vich paleet aan
Na maen moosa na pharaun.
Bulleh! ki jaana maen kaun
Not a believer inside the mosque, am I
Nor a pagan disciple of false rites
Not the pure amongst the impure
Neither Moses, nor the Pharaoh
Bulleh! to me, I am not known

Na maen andar ved kitaab aan,
Na vich bhangaan na sharaab aan
Na vich rindaan masat kharaab aan
Na vich jaagan na vich saun.
Bulleh! ki jaana maen kaun.
Not in the holy Vedas, am I
Nor in opium, neither in wine
Not in the drunkard`s intoxicated craze
Niether awake, nor in a sleeping daze
Bulleh! to me, I am not known

Na vich shaadi na ghamnaaki
Na maen vich paleeti paaki
Na maen aabi na maen khaki
Na maen aatish na maen paun
Bulleh!, ki jaana maen kaun
In happiness nor in sorrow, am I
Neither clean, nor a filthy mire
Not from water, nor from earth
Neither fire, nor from air, is my birth
Bulleh! to me, I am not known

Na maen bheth mazhab da paaya
Ne maen aadam havva jaaya
Na maen apna naam dharaaya
Na vich baitthan na vich bhaun
Bulleh , ki jaana maen kaun
Secrets of religion, I have not known
From Adam and Eve, I am not born
I am not the name I assume
Not in stillness, nor on the move
Bulleh! to me, I am not known

I am the first, I am the last
None other, have I ever known
I am the wisest of them all
Bulleh! do I stand alone?
Bulleh! to me, I am not known

The great Nusrat Fateh Ali Khan has sadly been let down in this recordinghttp://www.youtube.com/watch?v=MbRPnehCgnk

A version which has gotten massive hits is Rabbi Shergill’s:http://www.youtube.com/watch?v=pTxZy32Fv_0

Baba Bulleh Shah’s supreme relevance to today’s India and the world is further brought out in these superb lines:

Where everyone is blind

Where no one recognizes our caste (or race)

And where no one believes in us

Or in the words of that 20th century Nobel laureate Rabindranath Tagore,

“Where the mind is without fear and the head is held high;

Where knowledge is free;

Where the world has not been broken up into fragments by narrow domestic walls;…”

This day, 49 years ago, Martin Luther King Jr made his stirring I have a Dream speech which too contain similar sentiments: “I have a dream that my four little children will one day live in a nation where they will not be judged by the color of their skin but by the content of their character.” http://www.mlkonline.net/dream.html

Different continents and centuries, one dream.