The Many Red Flags of Trump’s Partners in India — ‘Trump, Inc.’ Podcast

The 45th President and His Administration 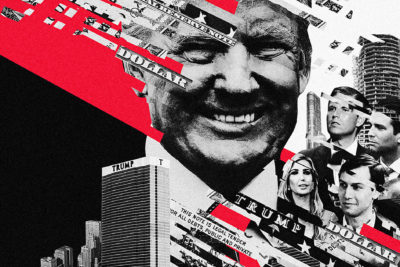 Exploring the Mysteries of the President’s Businesses

Find “Trump, Inc.” wherever you get your podcasts.

President Donald Trump does not like the Foreign Corrupt Practices Act. “It’s a horrible law,” Trump has said. The FCPA makes it a crime for U.S. companies to bribe foreign officials, or to partner with others who are clearly doing so.

Trump has argued that the law puts U.S. firms at a disadvantage. “It’s things like this that cause us to not be able to lead the world,” Trump said on CNBC in 2012. “For this country to prosecute because something took place in India is outrageous.”

Corruption in India is quite common, particularly in the real estate industry. India’s also where the Trump Organization has four projects currently under construction and another just completed, more than it has in any other foreign country. As we detailed last week on “Trump, Inc.,” Donald Trump Jr. has been closely involved in much of the work.

This week, we’re looking at the Trump Organization’s partners in India — and red flags their work has raised. We worked with Investigative Fund reporter Anjali Kamat whose story on the Trumps’ business in India appears in the latest issue of The New Republic.

Kamat traveled to the location of each of the projects that are still under construction. Here’s what she found:

Neither the White House nor the Trump Organization spoke to us for this story.

Remember, we want to hear from you. Our latest request: Do you know of lawsuits the president or his businesses have filed since he took office?