I don’t understand what is the more frightening part here.

What can you do with Aadhaar? That is the question I asked myself a few weeks ago. There is actually a lot that can be done with Aadhaar, and almost all of it is scary. But just to give examples, I came up with a few scenarios.

One of them was that it can be used to create an Aadhaar-enabled phone, or that it can be integrated with existing smartphones, through which the government will be able to track everything you do on a phone.

It is a simple enough idea. The phones already have a fingerprint scanner. The easiest way to integrate this phone with Aadhaar data is by linking this fingerprint scanner with the biometric data of Indian citizens that UIDAI holds.

The idea in itself is fairly ludicrous because it will be such a big privacy issue. I meant this more as a joke.

But apparently, there are people who don’t find it ludicrous. Instead, they find it as a great idea, and are hoping to link an entire mobile operating system with Aadhaar. These people are the ones who are behind the Indus OS, a so-called Indian, indigenous operating system.

Indus OS is actually based on Android. It is like Xiaomi’s MIUI. But Indus folks call it a made-in-India OS and they claim it is the third-largest mobile operating system.

Now, Rakesh Deshmukh, who is the CEO of Indus OS, has told the Economic Times that the company will link the OS to Aadhaar. “We expect to launch the platform this quarter and empower over 1 billion Indians enrolled for Aadhaar,” he said, while talking about how Indus OS will use Aadhaar data to authenticate users on the phone. 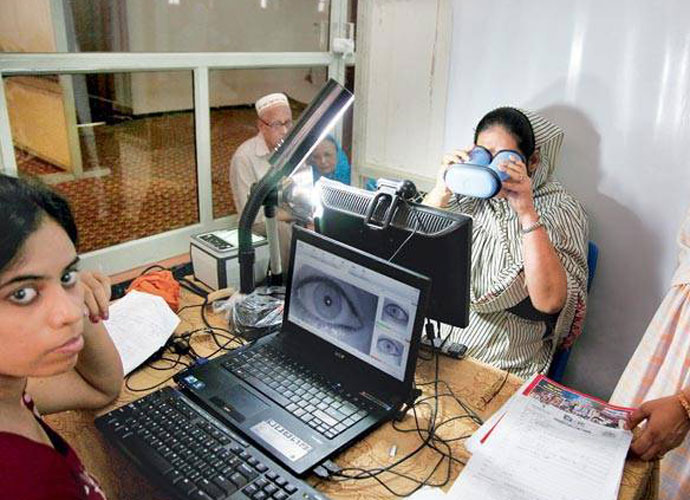 Who had imagined that a baby in a hospital will first see someone taking her or his fingerprints and creating an Aadhaar number before a birth certificate can be issued?

And then, he says that “Aadhaar-authenticated OS will be released across the company’s smartphone brand partners, including Micromax, Intex, Karbonn, Celkon and Swipe”.

Or, in other words, bye bye privacy for anyone using a Micromax or Karbonn phone.

I don’t understand what is the more frightening part here. Is it the fact that the CEO of an operating system that apparently millions of phones is going to use has Aadhaar in the software, and is in the process going to destroy the privacy of probably millions of people?

Or is it the fact that this company, which claims to be the firm behind India’s most successful home-grown software (even if the claim is inaccurate because at the base of Indus OS there is Android), believes in a ludicrous idea that ought to invite some laughs?

Instead of seeing the idea as what it is – a joke – he believes it is one great idea worth commercialising.

But then, may be the fault is not with the Indus OS. Since the very beginning of the Aadhaar programme, we have seen how ludicrous ideas have been folded into the ambit of the number. Who would have thought in 2009, when Aadhaar was conceived, that one day to take admission into a school a kid will have to furnish an Aadhaar number?

The whole Aadhaar programme is a cruel joke. Irrespective of how you look at it, it doesn’t make any sense. The only problem is that the joke has gone too far now and people have started suffering.