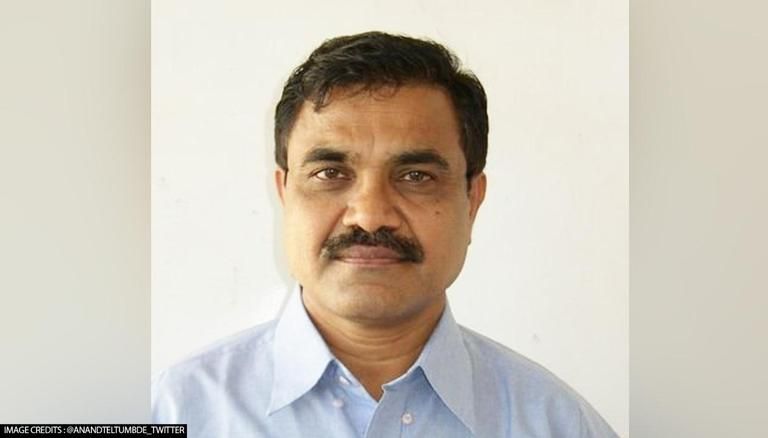 The Bombay High Court issued notice to the NIA on a plea filed by Bhima Koregaon case accused Anand Teltumbde challenging the strict bail provision in the Unlawful Activities (Prevention) Act. Assailing Section 43D of this law, the academician argued that it created a huge hurdle for any person to be granted bail. Lamenting that the wording of the Act precludes the court from even superficially examining the case of an accused, he urged the HC to overturn the Special NIA court’s bail rejection order.

Moreover, he expressed the apprehension that he might remain incarcerated for many years as the central agency intends to examine over 200 witnesses. As an alternative to bail, Teltumbde sought that he should be placed under house arrest as part of his judicial custody instead of prison. In his plea, he also accused the NIA of misusing the scope of the term “front organization” citing that its definition is too broad. The HC bench comprising SS Shinde and NJ Jamadar has directed the central agency to file a reply within three weeks.

Challenge to use of “front organisations”

Teltumbde submitted that the Special Court under the NIA Act had rejected his bail holding that he was a member of banned organisation, Communist Party of India (Maoist).

He has stated that neither the UAPA nor any Rules defined what a front organisation was. He submitted that the only way an organisation could be declared “banned” was after the Central government notified the same or added it under the Schedule of the UAPA.

Teltumbde’s contention was that the First Schedule of the UAPA not only included individual organisations, but also all their formations and front organisations. The definition of “front organisation” was very broad and misused by the NIA, the petition stated.

“The NIA affidavits opposing Petitioner’s bail merely state that Petitioner is member of certain organisations however “the manifest arbitrariness is apparent from the fact that the act itself does not define ‘front organisations,'” the plea stated.

He also pointed out that NIA’s submission was that certain organisations which are fronts for banned organisations were also banned. However, this was not a decision of the Central government but by an individual officer of NIA.

“The Special court seems to find nothing wrong with this and appears to have granted its stamp of approval to this. It is important to look at some of these organisations,” the plea added.

Challenge to Section 43D of the UAPA pertaining to bail

Teltumbde has stated further that Section 43D of the UAPA creates an insurmountable hurdle for any accused to be granted bail. By virtue of the provision, bail is denied to the accused for many years, at times till the end of the trial, the plea stated.

He submitted that even for cases under UAPA, the bail provisions needed to be seen in context of the Code of Criminal Procedure (CrPC), which did not prescribe any condition concerning the court having to come to a prima facie conclusion about guilt or innocence of the accused while granting bail.

Teltumbde contended that the UAPA did not impose any bar on High Courts from exercising powers under Section 439 of the CrPC to grant bail. However, the wording of the Section takes away the judicial discretion of the Court to even superficially examine the case against the accused, the petition stated.

Teltumbde also sought quashing of the order of the Special NIA Court rejecting his bail on the following grounds:

He also pleaded that if bail is not granted bail, “the minimum that should be done in his case is judicial custody should be in the nature of house arrest”

Violence had erupted at Koregaon-Bhima village in Pune district on January 1, 2018, where supporters had gathered to commemorate the 200th anniversary of the Battle of Bhima Koregaon. This resulted in the death of one person and leaving several injured. Subsequently, the Pune police arrested activists such as Sudha Bharadwaj, Shoma Sen, Arun Ferreira, and Vernon Gonsalves, Surendra Gadling, Sudhir Dhawale and P Varavara Rao for allegedly inciting the Bhima Koregoan violence through their speech at the Elgar Parishad meeting on December 31, 2017.

Teltumbde, a professor at the Goa Institute of Management has been accused of organizing the Elgar Parishad event. Some of the other charges against him include  ‘conspiracy to assassinate PM Narendra Modi’, ‘overthrow the government’, ‘waging war against the Government of India’ under the Unlawful Activities (Prevention) Act (UAPA). Also, it has been alleged that he has links with Maoists. In January 2020, the case was transferred to the NIA.

In 2019, a Pune sessions court rejected the anticipatory bail plea of Teltumbde and co-accused Gautam Navlakha. They later approached the Bombay High Court which gave them interim protection from arrest while their petitions were being heard. However, after Bombay HC refused to give any relief, they moved the Supreme Court.R

On March 9, 2020, the SC directed them to surrender within three weeks. This was extended by another week. During the final hearing, the counsel for the activists had argued that going to jail amid the COVID-19 crisis was akin to a death sentence. But the SC bench comprising Justices Arun Mishra and Indira Banerjee stated that the activists would not be granted further time beyond April 14, 2020, to surrender. Teltumbde was arrested on this day by the NIA after he surrendered before it.