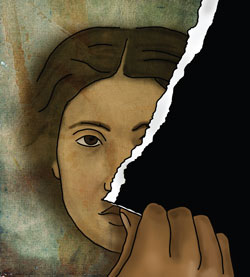 PATNA: Reprieve seems to be knocking on the doors of Rupashree Dasgupta, the Patna IGIMS’s associate professor who was dismissed on grounds that her appointment was illegal. “Injustice was done to Rupashree. The image of Bihar would be tarnished if she is not given justice,” said the Zero Hour Committee of Bihar legislative assembly in its probe report that was tabled in the house on Monday.Ruposhree was dismissed in June 2013 almost 20 months after she was appointed on the post of associate professor in the IGIMS’ nursing college. The post was advertised in 2010 with the eligibility criteria being Master’s in nursing and total seven years of experience with minimum of three years’ teaching experience.”Without any complaint, a high-level committee constituted under the chairmanship of the IGIMS director sought an explanation from Rupashree on August 24, 2012 and said she must be demoted to the post of assistant professor and the ‘extra salary’ that she had drawn (in her capacity as associate professor) till date must be adjusted in future salary,” the probe report said and added she was asked to reply to the show-cause notice within five days.Ruposhree replied, explaining the advertisement did not say the candidate should have done teaching for three years immediately after completing the Master’s. Five months on in January 2013, however, Rupashree was served another show-cause notice, asking why her appointment, which was “ex facie illegal in the view of institution”, should not be cancelled.Ruposhree replied, explaining afresh the details of the advertisement. “Three years’ teaching experience immediately after Master’s is not mandatory even according to the guidelines of Nursing Council of India,” she added in her reply.However, the IGIMS issued an office order (number 1512 dated June 21, 2013), saying Rupashree’s appointment was not given post facto approval by the Board of Governors (BoGs) through its resolution number 92/1398(1) at its meeting on May 25, 2013. The IGIMS the same day wrote a letter (number 1513) to Rupashree, informing her about the BoGs’ resolution and further that “your services, under probation, with the IGIMS are dispensed with and you are relieved from your post from the date of issue of this letter”.

But, according to the house committee’s probe report, the agenda of the BOGs’ May 25 meeting did not include Ruposhree’s case. This was confirmed by at least two members of the BoGs, including the then leader of opposition Abdul Bari Siddiqui, who told the house panel the matter was not even raised in the meeting.

Though the minutes of the meeting signed by the then IGIMS director said the matter was discussed under the category ‘Others’, the house committee rubbished the claim. “The category ‘Others’ has a definition under which only those issues are discussed under this category which come up suddenly. A matter related to approval of an appointment just cannot be sudden,” the probe report said and wondered why the BoGs’ for the appointment was not sought in 2012 when the appointment of Rupashree was made in 2011.

The proceedings of the BoGs’ meetings are not recorded, the house panel said and added had there been a register to record the proceedings and get the same signed by all the members of the BoGs, such an irregularity would not have taken place.

The house panel has put it on record it could have unravelled the motive behind the entire episode, but it chose not to because the subject would become vast. It is recommended the entire episode be probed and the culprits be punished, it said.

Incidentally, it was during the tenure of Dr Arun Kumar as the IGIMS director that Rupashree was appointed and removed. The entire procedure of her removal almost coincided with her repeated allegations that she was being sexually harassed by him. The director, who had then vehemently denied her allegation, has since completed his tenure and is currently a faculty member in the IGIMS’ anaesthesia department.