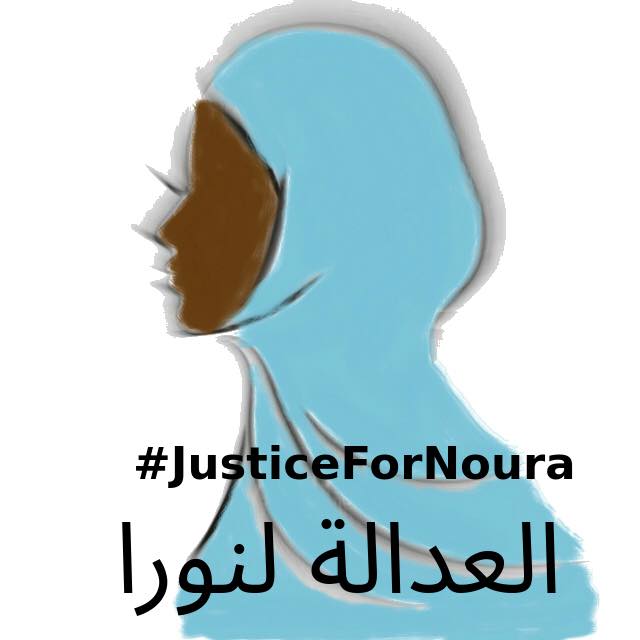 Khartoum, Sudan (CNN)Slashes to her hands, bite marks embedded in her shoulder, and a broken bed.

As the defense team for Sudanese teenager Noura Hussein submitted an appeal to save her life, CNN has learned new details about the struggle that unfolded when she killed her husband, who she says raped her following their forced marriage.
The legal team representing the 19-year-old, who was sentenced to death earlier this month for murder, filed the appeal on Thursday in the capital Khartoum following an international outcry over Hussein’s case.
“Noura and indeed the women and girls of Sudan have too often been treated as chattel to be traded and given away as though they are property and as though they have no rights,” activists with the Justice for Noura campaign said in a statement on Thursday. “Here today, united and in one voice we wish to say — enough!”
The teenager’s story has shone a spotlight on the issues of forced marriage and marital rape in Sudan, where the legal age of marriage is only 10 and marital rape is legal.
Hussein’s family compelled her to marry at 15, but she refused and ran away for three years. Her father forced her to complete the wedding ceremony in April 2017. After refusing to have sex with her husband on their “honeymoon,” she says he raped her as his brother and two cousins restrained her. A day later her husband tried to rape her again, and she stabbed him to death. When she went to her parents for support, they turned her in to the police. 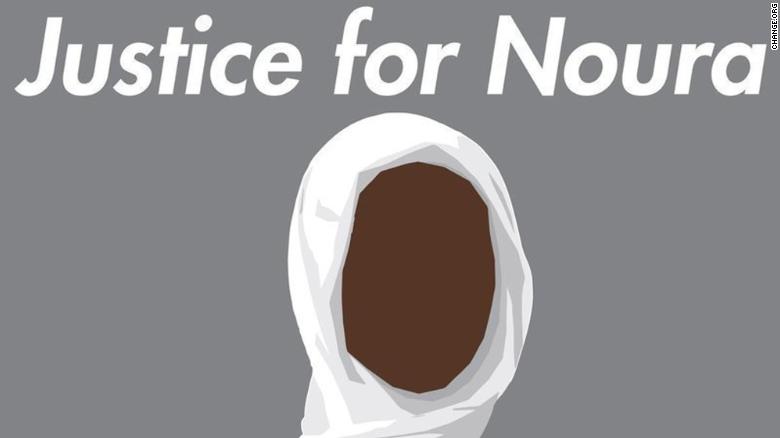 An illustration used in the change.org campaign for Noura Hussein.
Her legal team and activists supporting her case say that Hussein’s marriage was void, arguing that under Sudanese law, she should have been married in front of a judge as she was under 18 at the time.
Thursday’s appeal put forward a medical assessment entered into evidence at the time of Hussein’s arrest in May 2017, which details defensive wounds: cuts to her hands, bite marks on her shoulder and the bed broken during the struggle with her husband.
Sudanese judicial sources told CNN that Hussein was questioned by investigators upon her arrest without the presence of her lawyer. The teenager alleges that she was subjected to threats from the arresting officers during her initial interrogation, according to the same sources.
During that interrogation, Hussein confessed to killing her husband after his relatives held her down while he raped her in a suburb of the Sudanese city Omdurman. Hussein maintains she was forced in to marriage by her father and an uncle.
The husband’s family has denied that he raped Hussein, arguing that the couple were married.
“I’m optimistic. I believe we will win the appeal, but if not we will go for the supreme court,” Nahid Gabralla, director of SEEMA, a non-governmental organization working with victims and survivors of gender-based violence in Khartoum, told CNN. “It’s a long journey.”

In an apparent last-ditch effort to subvert the legal process, lawyers appointed to defend Hussein by the Sudanese government tried to file their own appeal, despite never interviewing Hussein or consulting her legal team, Gabralla said.
Gabralla said that activists raised concerns that the group of government-appointed lawyers would not represent Hussein’s interests, and ultimately their appeal was rejected by the court.
The move follows weeks of an intensifying campaign of intimidation by the Sudanese government, activists told CNN.
Last week, Hussein’s lead attorney, Adil Mohamed Al-Imam, was barred from holding a news conference. 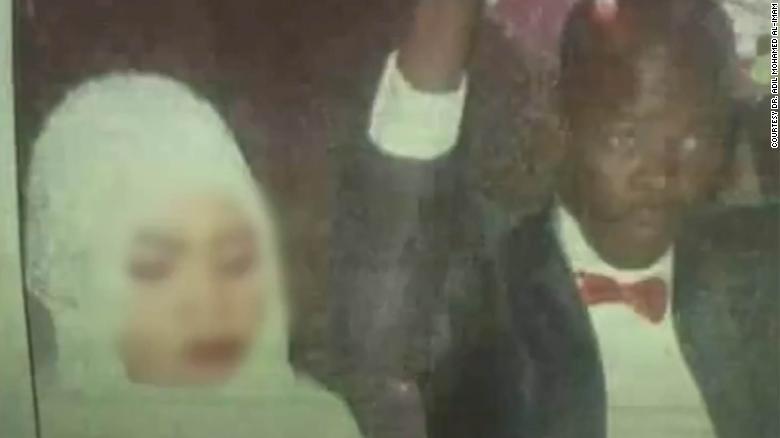 Noura Hussein on her wedding night.
Sudanese security forces came to Al-Imam’s office just hours before he was due to brief the media on the latest developments in the case, activists said.
Activists and local journalists say it’s part of a coordinated effort to prevent the media from reporting on the case and to intimidate Hussein’s defense team.
For Sudan’s Islamist ruling party, Hussein’s case represents a threat, calling into question the law on forced marriage.
The Sudanese government has not responded to CNN requests for comment on the underlying case.

A sisterhood in prison

In Dar al-Tayibat Women’s Prison, a tight-knit sisterhood has formed around Hussein. Activists who have visited her there say that other inmates have rallied around her.
Like Hussein, the women wear tobes, Sudan’s traditional long dresses, and are restricted by heavy iron shackles. 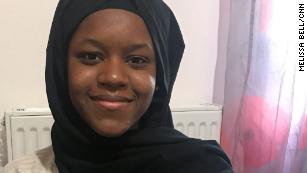 The young activist fighting for Sudanese teen on death row
Hussein’s friends in prison say she had aspirations beyond marriage. None wanted to be quoted by name for fear of retribution by Sudanese authorities, but one told CNN: “Noura wanted to study law, she wanted to be someone. When we spoke of our dreams of getting married. Noura was serious. She would speak about her dreams of someday becoming a judge.”
Hussein, who is from a rural town south of Khartoum, is a member of Darfur’s Zaghawa tribe. Her husband’s family is wealthier and more influential than Hussein’s family in their shared tribe.
Hussein’s lawyers are concerned for her well-being in prison. Al Fatih Hussein, a key member of Hussein’s legal team, told CNN that they are unable to provide her with psychiatric support without a judge’s direction. She has received no psychiatric support from authorities since her arrest last year.
Across Sudanese social media platforms, Hussein’s actions have sparked debate, heartfelt confessions and conversations about the treatment of women in tribal and rural communities.
One Facebook user said, “as a Zaghawa girl you’re taught not to embarrass the tribe above all else. Not to embarrass your family. What they did to Noura wasn’t unique. What was different was what Noura did. She was brave, she didn’t let them treat her like property.”
https://www.cnn.com/2018/05/24/africa/noura-hussein-sudan-appeal-intl/index.html