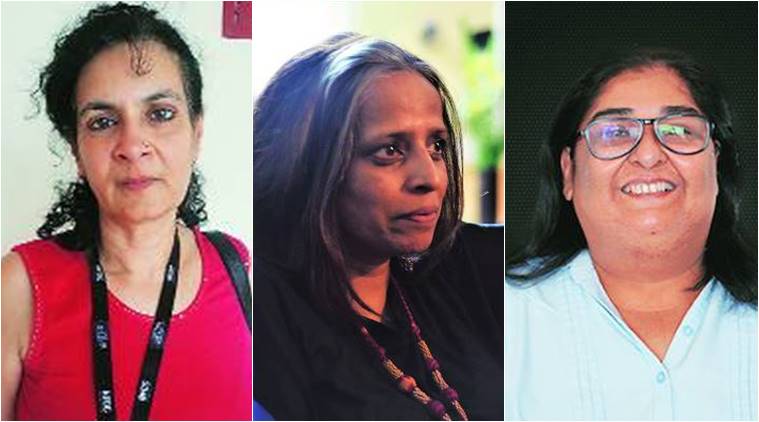 A day after veteran choreographer Saroj Khan provoked outrage over her comments on the casting couch in Bollywood, women filmmakers took to social media to share their experiences of harassment and misogyny in the industry. Veena Bakshi, an ad filmmaker best known for her award-winning film The Coffin Maker (2013), wrote about her brush with Bollywood when she set out to direct a feature film in 2004. “I noticed that the producer would make me work late, sometimes alone with him in the office. Crude sexual jokes being made all the time. I ignored the whole thing, telling myself that all I had to do was concentrate on my film.”

Recalling her experience during the making of this movie, Bakshi said: “One day I noticed the producer standing by his table gently rubbing himself on the corner of the table while we were discussing casting!… Another actor came on board who was a B grade actor then and is a nobody today. One day he was visiting the producer’s office and was “resting” in another cabin. I was told to go discuss his character with him so that he would find it easier. So here we are sitting in this room and me trying to seriously discuss the character. The actor asks me if I was married. I said not right now. So he laughs and says, so you wouldn’t mind some fun!!! I left the room…The day I was told to leave the film the producer categorically told me all I had to have done was “entertain” the actors!!! Nothing of this sort would have happened. The penny dropped. The character briefing in the cabin! The late night scene briefing! The “why don’t you go to the main actor’s hotel and discuss the work with him?”

The writer-director, who owned an ad film production house and has made over 300 commercials as both producer and director, wrote in her social media post: “When Saroj Khan says at least Bollywood gives you work after rape, it is a very sad statement on both the men as well as the women of this industry. It becomes a bloody way of life. And when you refuse to become a part of it, you are out.”

Following Bakshi’s post, Nishtha Jain, producer-director of the acclaimed documentary Gulabi Gang (2012), wrote, “I heard from women cinematographers how they were called for an interview after the director had liked their work but dismissed after seeing their gender, size and attitude…”

Senior television writer-director Vinta Nanda, who made some of the popular shows of the 90s such as Tara, Shatranj, Umeed and Raahat too spoke about the need to end the culture of silence.

I made a feature film called #WhiteNoise in 2003.
It told the entire truth about misogyny in #Bollywood including the role women play in providing cover to the perpetrators.
Not only did they give it a pitiful release, they saw to it that it was never acquired by television channels for a telecast, and even today the middle men ensure that it doesn’t get bought by digital platforms.
I was hounded and chased out of the business, humiliated by gangs that even used women who were complicit with them to insult me and break me during crucial meetings.
Talk about the #CastingCouch?
They are shit scared of anybody who speaks their truth and they collaborate to bring you down financially as well as emotionally if you dare to speak up about their double standards and their hypocrisies, so they burn you down before your voice can be heard.

“It is important for the predators and those misogynistic men who tried to bring us down to know that it may have been easy to crush us and demonise us thereafter, but we survived all of you and we’re here, alive and kicking to tell our stories to the rest of the world.” Nanda, who made her feature film debut with White Noise (2004), believes the women in the industry have faced harassment due to deep-rooted patriarchy in society. This is what she tried to address in her shows and, especially, in her film White Noise.