Chamoli in the Grip of Fear, Trauma and Sleeplessness 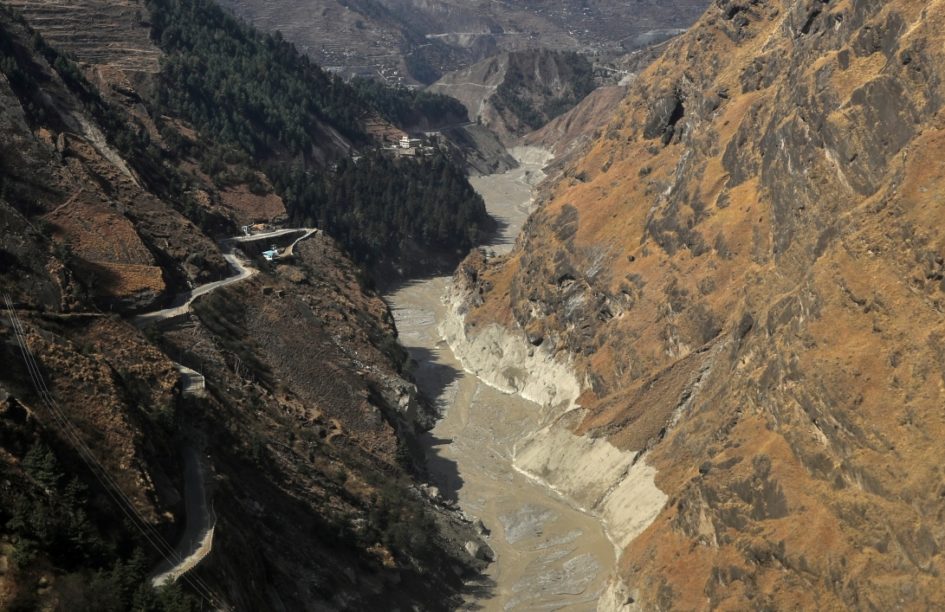 Raini village, Chamoli, Uttarakhand: It has been over two months since the flash floods in Chamoli district, Uttarakhand, on February 7. The flood was triggered by a massive rockslide just below Ronti peak, which pushed against the stream’s water and triggered a flood.

The site still bears scars of the tragedy. The mounds of debris, made of boulders, sand, slush and pieces of the 13.2-megawatt Rishi Ganga hydropower project, near Raini village, remind the villagers of several bodies still buried underneath.

“There must be around 30 people under the debris, which was never cleared,” said Sangram Singh. In response to his PIL, the Uttarakhand high court had ordered authorities to stop blasting rock at the Rishi Ganga project site in 2019. “The district administration is not doing anything here.”

Raini lost two of its residents in the catastrophe. Rudra Devi, 62, lost her 26-year-old son Ranjeet Singh, a worker with the Rishi Ganga project. “My son often comes in my dreams and tells me that he was alive for three days, and asks us to dig out his body. But no efforts are being made.”

“The Rishi Ganga barrage site where debris is accumulated is a sliding zone. It is quite perilous to conduct any operation here,” Om Naresh, a company commandant of the National Disaster Response Force (NDRF), told The Wire Science. “We will have to create another approach road to reach the site and break the boulders and remove the debris. It will require permission from the district administration, and a long time.”

He added that his team had completed a search operation for any bodies resurfacing on the river along a 30-km stretch, up to Helang Pipalkoti, but got nothing.

After waiting for many weeks, the victims’ families in Raini had cremated straw replicas of their loved ones. A few locals had spotted stray dogs feeding on the body of the other resident, Amrita Devi, 72, near the debris a few days later.

Bhawan Rana, the village pradhan, said, “She was recognised by her clothes. It seems her body slipped out of a portion of loosened debris during the recent rains. However villagers refused to see her as it is considered inauspicious to do so once the cremation is done” – even of a replica. “So the local administration conducted the last rites.”

The villagers are now living in fear.

Vedambari Devi, who is Amrita Devi’s daughter-in-law, said, “I cannot forget that fateful day when my mother-in-law and I were planting mulberry saplings in our field.   My son was grazing goats at a higher elevation.” All of a sudden, she said, she heard a roaring and turned to see a large heap of boulders, dust and water rushing towards them.

“I alerted my mother-in-law but she could not hear me, and got swept away. I rushed upward and was blown away by the wind on a road.” But she kept running until she reached her house. “My son fortunately had the presence of mind to run to higher land for safety.”

She said the family misses Amrita. “We don’t sleep well and are scared to hear the sound of even helicopters in the sky.”

“The families were desperate to see their lost ones,” said Manoj Singh, a driver who, along with his peers in the area, transported the bodies of the flood’s victims to their native places, paid for by the district administration. “People claimed whatever they could get – one hand, one leg, one foot, etc. of the victims killed in the disaster, and took that home for the last rites.”

The flood’s trauma has been such that many residents of Raini, a village celebrated for being one of the first centres of the Chipko movement in the 1970s, want to relocate. Chander Singh Rana (77), the son of Gaura Devi, one of the movement’s iconic leaders, said, “We will have to abandon our renowned village for the safety of our lives. The state government must give us ample land where we can also get land rights to use the nearby jungles and grazing areas.”

“Around 111 vulnerable villages have been relocated in Chamoli district in the past,” Chamoli district magistrate (DM) Swati Bhadauria said. “As per the criteria, a geological survey of Raini village will be undertaken to ascertain if it is unstable enough [to warrant] relocation.”

Social activist and local political leader Atul Sati told The Wire Science, “The Rishi Ganga project was built at a precarious location, where it was bound to come in the way and as a result get swept away by swift currents or an avalanche,” adding to the final damage.

He recalled its unsettling beginnings: the project’s previous developer had been killed when a boulder fell on him in August 2013, on inauguration day. “The project was stalled and then later bought by the Kundan Group, which started its operations last year. Now it has been completely washed away.”

Sati is rueful of this and other projects like it in the area – which he said may be very profitable to government officials and the projects’ proponents, but the people living around them don’t get jobs there, new facilities or even free electricity.

Today, villagers are determined to not allow the project to be set up again. But S.D. Kamath, CEO of the Kundan Group, also said a fresh start may be infeasible: they needed a lot of money and resources to clear the debris and admitted the region may have become too unstable as well.

The walls of the Tapovan Vishnugad project used to scream safety messages, but a senior NDRF official said the plant’s operators themselves had scant regard for human safety. According to him, both this and the Rishi Ganga project lacked any pre-warning systems, observation points, exit points and security arrangements at the Tapovan tunnel when the flood waters hit.

One particular warning system that has been set up now is perhaps more ridiculous. An alarm has been installed near the Rishi Ganga river, and the village pradhan has been asked to inform the National Thermal Power Corporation (NTPC) and district officials “by phone when the alarm rings,” i.e. if the water has risen above the two-metre-mark.

“Here, the phone network is very poor, so it is not a reliable method. And the sound of the alarm will drown in the roaring sound of any flash floods happening in future,” Rana, the pradhan, said. It also doesn’t bode well that only one person is in charge of the whole system.

In the meantime, various authorities have started disbursing compensation. According to sources, the NTPC has announced Rs 20 lakh, the Uttarakhand government Rs 1 lakh, the State Disaster Response Force (SDRF) Rs 4 lakh and the Centre Rs 2 lakh – from the PM Relief Fund – to the families of each victim.

“Around 77 bodies have been recovered thus far and over a hundred are still missing,” DM Bhadauria said. “We have begun issuing death certificates to the families of missing persons. The process of giving compensation to local families has begun – but authorities of other states to which some of the victims belonged are taking time to complete formalities.”

The NTPC is providing its compensation only after the state government has done so in each case.

The father of a young Nepali man, who had been working at the Tapovan Vishnugad project and was killed in the floods, was seen moving through different offices seeking compensation. He wasn’t bound to be alone as more than a few of his son’s compatriots met a similar fate on that day. According to Bhadauria, “Only the SDRF will compensate Nepali workers, as per a government order of 2019.”

That is, the families of Indian workers who lost their lives will get Rs 27 lakh each and those of the Nepali men will receive Rs 4 lakh each.

However, the families that lost members who worked at the Rishi Ganga facility haven’t received money yet. Kamath, the CEO of Kundan, said the company had deposited Rs 60 lakh with the compensation commissioner to be distributed among the families, including those of workers from other states.

The district magistrate said the administration had received the money but that the delay was due to the mode of disbursement. Kundan wasn’t distributing fixed sums but numbers calculated for each victim according to various parameters.

The local police department has created a WhatsApp group with the family members of victims and missing persons. Here, they post pictures, results of DNA reports and updates about rescue work.

Excavation of the 12.1-km long headrace tunnel continues at the Tapovan Vishnugad project site. “We are inching closer to the point where around 34 bodies are feared to be buried,” a senior manager at NTPC said. “It will take us one week to 10 days to reach there.”

According to one member of the rescue team, many are afraid of working at night. They think the dead workers are talking to them.

Seema Sharma is a Chandigarh-based independent journalist. She previously worked at The Tribune and The Times of India. She writes on forest, wildlife, environment, social and rural issue