Death on 4-wheels: How unsafe ambulances are crippling India’s healthcare

Government-run transportation of patients is either completely dysfunctional or teetering on the edge of collapse in most parts of the country, an India Today investigation showed. Government-run transportation of patients is either completely dysfunctional or teetering on the edge of collapse in most parts of the country, an India Today investigation showed.

In what has largely been an under-reported side of the nation’s creaky healthcare system, many ambulances operated by government hospitals across the nation were found to be compromising patient safety because of dilapidated, unhygienic vehicles and poor response times.

India Today’s reality-check of patient transportation followed the heart-wrenching story of a tribal man in Odisha trekking ten kilometres with his wife’s body wrapped in a sheet on his shoulder. His 12-year-old daughter walked beside, crying.

In Uttar Pradesh last week, a father was seen running to a hospital in Kanpur, carrying his son. The boy’s arm dangled limply as the man walked into the healthcare centre that declared the patient dead on arrival.

India Today’s investigation found out that ambulances were least available to the country’s under-served poor.

At Akola in Maharashtra, the crew filmed a hospital van transporting medical supplies to Amravati- instead of patients. In Pune, the service was also found to be in a shambles. 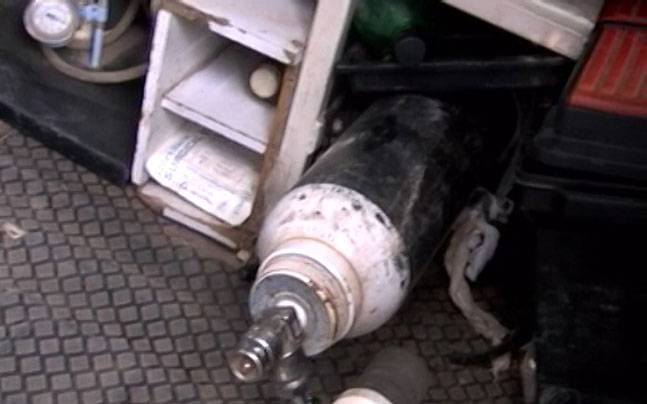 Forget trained paramedics, the city’s ambulance service had no basic life-saving devices in its vehicles.

Most of the vans were broken, with worn-out stretchers. India Today’s team also saw an ambulance ferrying schoolchildren in the city.

“Three out of five ambulances are not in a working condition. The other two have no equipment or even oxygen tanks,” said an emergency-vehicle operator.

He also complained about wage delays. The condition of government ambulances was found to be equally pathetic in northern India.

In Chandauli in Uttar Pradesh, vehicles running under the national ambulance service, were in a state of disrepair. Parked outside a healthcare facility, an ambulance had its fan and air-conditioning damaged.

It’s light and siren had also been pulled out from the van’s roof, India Today observed. The ambulance driver said he had to open the vehicle’s windows for ventilation while transporting Outside a government hospital at Muzaffarpur in Bihar, a young patient with an injured foot drags himself out while ambulances stayed idle alongside.

Their driver revealed the vehicles ran out of fuel several days ago. “There’s no fuel. We have ordered it. But there’s no response,” he claimed.

The story was no different at Burdwan in West Bengal where government ambulances were either locked behind iron gates or parked in shanty locations. Impoverished patients had no options but to hire expensive private ambulances, India Today observed.

In the national capital, the seat of Indian power, private vans labelled as ambulances queued outside government hospitals.

But they hardly had any primary healthcare equipment on board let alone emergency apparatus, India Today noticed.

The condition of the Delhi government’s fleet was no better.

India - Love As A Tool Of War #LoveJihad
Forest dept burns 40 huts of Chhattisgarh tribals in Andhra
Explain how minor rape victim was put behind bars: SC tells UP govt #Vaw
Still No Justice for Khalid Mujahid : Country Be Not Proud !