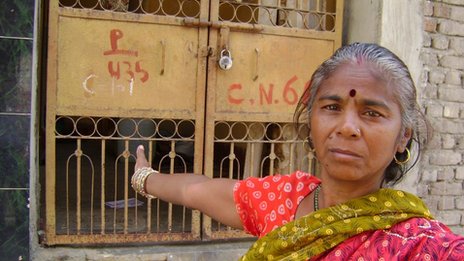 Five members of a family in the Indian capital, Delhi, have been sentenced to death for the brutal murder of a young couple in 2010.

Yogesh and Asha were tortured and electrocuted in a so-called honour killing by members of Asha’s family who objected to the union on caste grounds.

Asha’s parents, her uncle, aunt and a cousin were arrested the day after the crime. They were convicted on Monday.

Last year the Supreme Court said honour killings should get the death penalty.

There are no statistics on the number of honour killings across the country, but according to one recent study, hundreds of people are killed each year for falling in love or marrying against their families’ wishes.

Most parents in India still prefer arranged marriages within their own caste and relationships outside of caste are frowned upon.

The couple, who were neighbours in the Gokulpuri area of north-east Delhi, were taken by Asha’s parents to her uncle’s house in the Swaroop Nagar area of the city where the torture and killings took place.

Asha’s family was opposed to the couple’s plans to get married because Yogesh belonged to a lower caste. All five accused were convicted on Monday for “murder and voluntarily causing hurt”.

“It can be safely concluded that the prosecution has been able to prove beyond reasonable doubt that the accused persons had caused the death of the victims with the common intention after giving them merciless beatings by tying them with rope and thereafter electrocuting them on various parts of their body,” Additional Sessions Judge Ramesh Kumar said on Monday.