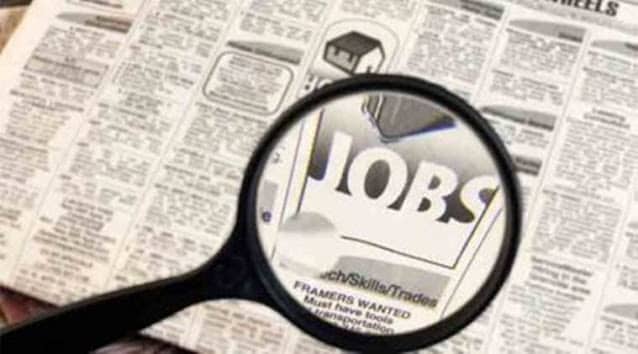 The Gujarat High Court has issued notice to the state government regarding alleged refusal to appoint Class-III lokrakshak unarmed police constables, armed police constables and jail sepais in pursuant of advertisement by the Lokrakshak Bharti Board dated August 15, 2018 taking into account the meritorious criterion.
Justice AC Rao issued the notice after hearing senior High Court advocate Anand Yagnik, who appeared in the court on behalf the aggrieved candidates. The matter is now listed for October 6 for further hearing.

The petition, which concerned appointment of male candidates, sought “quashing” and “setting aside” of the entire recruitment process, undertaking the process of recruitment afresh, said, his clients were meritorious and yet they were denied appointment.
Alleging that the recruitment of more than 12,000 lokrakshaks was carried out by the state government in violation of judgment and order passed by a division bench of the High Court, Yagnik said, more than 5,000 women candidates were appointed after lowering the cut-off marks at the fag end of the recruitment process, that too after final selection list/merit list was published, and only appointment letters were to be issued.
Claiming that the whole process of lowering down the cut-off marks for women candidates was “absolutely illegal and unconstitutional”, he said, as many as 2,485 supernumerary posts were created only for women candidates. These posts, he added, were filled up with women candidates by adopting the policy of what is called reverse discrimination.

Calling the recruitment process and the appointments were illegal and unconstitutional, because 100% supernumerary posts were allocated to women candidates in violation of the 33% reservation for women, Yagnik said, this was done in order to “accommodate” as many general category candidates from upper castes as possible.
He said, supernumerary posts are created by way of an exception in order to meet with exigencies and not otherwise, adding, these cannot be created on such a large scale by changing rules of the game by sacrificing merit.

The petition alleges that the state government changed the criterion of recruitment against the backdrop of agitations that broke out between December 2019 to February 2020 among the candidates who had applied for the post of lokrakshaks. It got intensified in January-February, with women candidates belonging to SC/ST/OBC questioning manner and method of implementation of 33% for women in the state employment.
Alongside, said the petition, candidates coming from upper caste “threw their hat in the spat of agitation”, with hundreds and thousands started getting together at Gandhinagar with rival claims, which was happening ahead of the visit by US president Donald Trump in Ahmedabad on February 24, for which preparations had begun in January 2020.

According to petition, if the agitation had continued, attention of the world media would have been diverted from the Trump event, pointing towards unemployed youth, particularly women, seeking state employment by way of agitation. It would have created “a difficult and embarrassing situation” as violation of reservation for backward class and deprivation of state employment to women coming from backward classes would have got media attraction.
It is against backdrop, said the petition, that compelled the state government to take into account the caste dynamics to resolve the matter at the earliest in a manner that satisfied everybody.
“The political balance between upper caste and backward class for party in power became a sutra to be followed even at the cost of violating the judgment and order passed by the Supreme Court and the High Court of Gujarat”, alleged the petition.