In a first, Maharashtra pays RTI activist Rs10Lakh for not protecting him 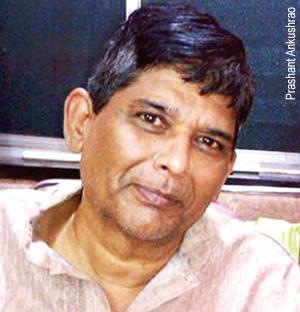 State pays RTI activist Rs10L for not protecting him

Mumbai: In a first of its kind, the home department led by chief minister Devendra Fadanvis has paid Rs 10 lakh to an RTI activist as interim compensation for failing to protect him from a violent attack. The move follows an order passed by the State Human Rights Commission headed by former Chief Justice S R Bannurmath.

Justice Bhannurmath had passed the order on September 2, 2015, while a chequeof Rs 10 lakh was handed over to the activist, Arun Sawant , by a senior official of the Thane Police commissionerate a week ago. “The order was passed on September 2, 2015 and was submitted to the home department for further instructions. After the proposal was approved, a cheque was handed over to the RTI activist at his Kulgaon home in Thane district,” a senior IPS official told TOI on Thursday.

An SHRC official said it was found that the state government was reluctant to implement the order, as the commission does not have executive powers to implement its directives. “I think, in the recent past, it is highest amount paid to an RTI activist. We are glad the Fadnavis government has implemented the order,” he said.

Since RTI activist Arun Sawant had sought specific information on a section of politicians and public servant, he was apprehending danger to his life. In fact, on February 9, 2010, Sawant had requested the Thane police commissioner to provide him police protection but his plea was ignored by law-enforcement agencies. Two persons fired two rounds at him and he was seriously injured on February 26, 2010.

During the course of hearing before Justice Bannurmath and SHRC member B D More, a senior police official submitted that Sawant had refused police protection and that he was not a social worker and was misusing the RTI Act. Subsequently, the SHRC had summoned the Thane police commissioner but no senior officer was present before the commission.

A Thane police official, who was present, was unable to establish that Sawant’s track record was bad and he refused police protection. “In the absence of documentary evidence, the commission finds that the entire story of alleged inquiry or approach to Sawant on various dates is a self-serving, after thought story put up by police in its defence… the request of the complainant for protection was dated February 9, 2010, and as he was not provided security within 15 days, he was attacked… after going through the entire records and arguments addressed by both sides, the commission finds that there is utter negligence and apathy on the part of the police in not providing timely protection to Sawant,” Justice Bannurmath observed.

Justice Bannurmath pointed out that the police officials’ apathy and insensitivity probably appeared to be out of prejudice towards Sawant’s RTI activities and especially as the inquiry was against two powerful and influential public servants.

Arun Sawant had approached police for protection, but did not get it; Human Rights Commission finds cop claim of activist being ‘a troublemaker’ unfounded.

Five years after an attack left him paralysed, RTI activist Arun Sawant will be compensated Rs 10 lakh by the state government, as per an order by the State Human Rights Commission (SHRC). An elated Sawant told Mirror on Thursday that the order not only validates his struggle, but will also help others in future.

Sawant, 64, was shot at by two unidentified motorcycle riders in Badlapur on February 26, 2010, while he was on his way to file an RTI application at the Badlapur Municipal Corporation. He was hit by a bullet on the lower part of his back, which led to severe injuries to his spinal cord and rendered him bedridden and paralytic in both feet.

A fortnight before the attack, fearing danger to his life Sawant had approached the Thane police for protection. According to his complaint to SHRC, he had written to the police on February 9 citing threats to his life but was not provided any protection, leading to the attack.

When SHRC summoned the police, they tried to wriggle out of the situation by dubbing the activist a ‘troublemaker’.

During the hearing before the commission under chairperson, Justice SR Bannurmath, and member, Bhagwant More, the Thane police claimed that Sawant was not a social worker but was misusing provisions of the RTI Act and blackmailing public servants. The police also claimed that while Sawant was asked several times to give it in writing that he needed police protection, he had not done so.

The commission, however, found the claims were unfounded and that there was no proof, including the lack of any records through station diary entries regarding Sawant being approached after a request was sent by him for protection.

“In the absence of any documentary evidence, the commission prima facie finds that the entire story of alleged enquiry or approach to the complainant on various dates is a selfserving, afterthought story put by the police in its defence,” the order said.

The commission’s order also criticised the police. “This apathy and insensitivity of the concerned police probably appears to be out of prejudice towards the complainant’s RTI activities… whenever a citizen seeks police protection under reasonable circumstances/prima facie grounds, the concerned police are expected to act swiftly and not take their own sweet time,” the order said.

Ruling that the negligence in not providing timely protection led to the violation of human rights, apart from compensation, the commission has also made recommendations. It stated that the Home Department should issue directions to senior police officials to take serious note of requests made for police protection with expeditious action.

Sawant told Mirror that the order not only validated his struggle but is also significant, as it will help others seeking police protection. “I had approached the commission seeking justice and am happy with the order. The recommendations to the police to give police protection to persons fighting for just causes in our democracy will encourage many,” Sawant said.

Sawant further said that after the death of Pune RTI activist Satish Shetty, his apprehension of being attacked had grown. He said that things continue to remain the same for those who speak against people in powerful positions.

Recently, activists have expressed a similar fear after receiving death threats with many criticising the government for not adequately ensuring their protection. In March, human rights activist and advocate Asim Sarode was asked to pay Rs 75000 for police security after he complained of having received death threats.