India -16 #Demonetisation Deaths And It Has Only Been 5 Days 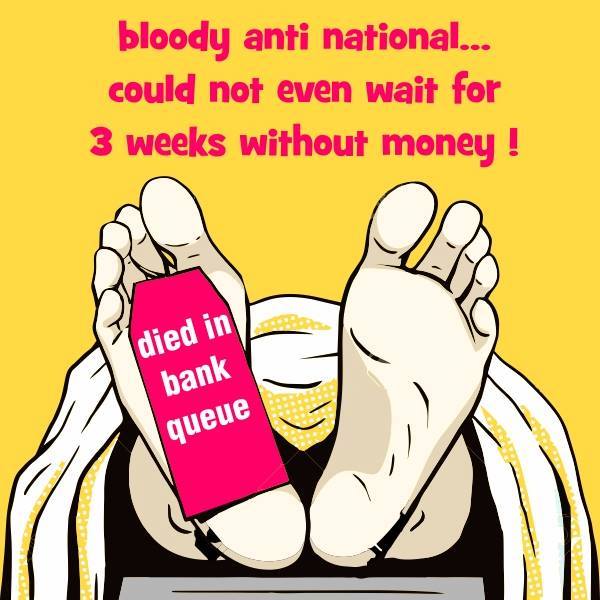 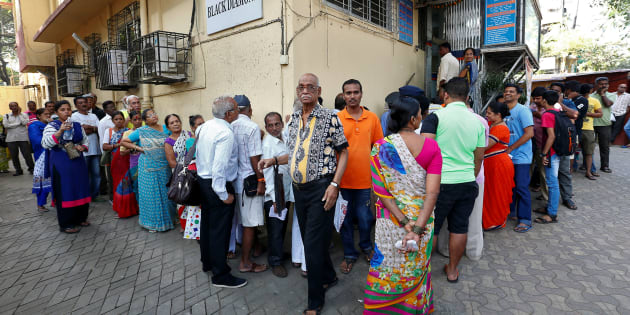 DANISH SIDDIQUI / REUTERS
People stand in line as they wait to enter in a bank in Mumbai, India, November 10, 2016. REUTERS/Danish Siddiqui

Prime Minister Narendra Modi said yesterday it will take another 50 days for normalization of currency usage in the country. That may take a huge toll on people, going by 15 deaths that have taken place in just four days. And these are just the ones that got reported.