Satyadev Pachauri had insulted a Class IV employee over his disability. If convicted, he faces a six month to five-year prison term. 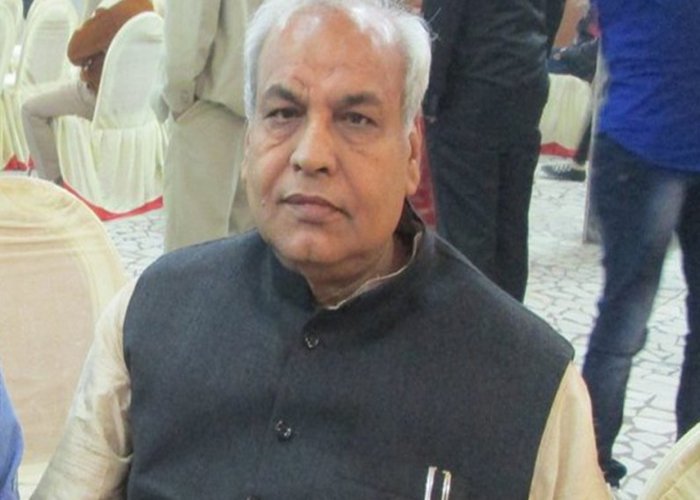 New Delhi: A complaint against a minister in the Adityanath government in Uttar Pradesh, who had publicly ridiculed a disabled employee during a surprise visit to an office in Lucknow, could become the first to be covered by the new disability law, which came into effect on Thursday (April 20).

In his complaint to the State Commissioner for Persons with Disabilities, Lucknow, under Section 92(a) of the Rights of Persons with Disability Act 2016, Delhi-based disability rights activist Satendra Singh has said that Satyadev Pachauri, minister of khadi, village industries and MSMEs, had humiliated and insulted a Class IV employee during a surprise visit on April 19. Section 92 of clearly lays down that “whoever intentionally insults or intimidates with intent to humiliate a person with disability in any place within public view” shall be “punishable with imprisonment for a term which shall not be less than six months but which may extend to five years and with fine”.

Singh, an associate professor of physiology at the University College of Medical Sciences and Delhi’s GTB Hospital, said the incident reportedly took place at about 9:40 a.m. in the Khadi and Village Industries Board office in Lucknow. The incident, Singh said, was widely reported in the local media and was also shown on private TV news channels.

During his visit to the office, Pachauri found nearly a third of all employees missing despite it being office hours having started. He then ordered that a day’s salary be cut of all those who were missing. Thereafter, he began counting the number of staff present there.

During the count, Singh complained, the minister kept asking the employees about their post and time of arrival. When he reached a Class IV employee, who is also a person with disabilities, Pachauri reportedly asked him: “What are you?,” to which the man replied that he was a sanitation worker. Pachauri then asked him if he was a contractual employee. When the employee answered in the affirmative, the minister looked at him from top to bottom and then turning towards the chief executive officer and said: “Lulay langdon ko samvida par rakh liya hai, yeh kya kaam karega” (You have kept those suffering from disability of the limbs on contract, what work will he do).

After the minister’s comment those present in the room began laughing at the employee, Singh said. The employee was visible disturbed.

Singh said Pachauri’s statement was in violation of the new Act. Incidentally, the Narendra Modi government had coined the term ‘divyang‘ in an apparent attempt to show respect to persons with disabilities, but Pachauri’s tone and tenor shows that more than terminology it is the thinking and approach that needs to change.

“Our prime minister sees divinity in persons with disabilities and therefore he uses the word ‘divyang’. The Adityanath government, which proclaims ‘sabka saath, sabka vikas‘ has this kind of a minister who is a blot on the slogan,” Singh said. He added that since a minister is involved in such an incident he must be punished appropriately so that the right message is sent to the masses.

Singh also pointed out that the incident occurred in Lucknow in the same month when a person with disability was elected president in another country. Lenin Moreno, who is a wheelchair user, was elected president of Ecuador on April 2. “Unity and social justice were the hallmarks of the political journey of Moreno,” Singh said.

Recalling what Moreno words from 2012, Singh said, unity not as a charity but as a symbol of equality was the cornerstone of social inclusion.

Three villages get land rights 38 years after being displaced by Tehri dam
These 10 Excerpts From Indian Textbooks Are Seriously Terrifying
Whistleblower: Nuclear Disaster in America is waiting to happen
#India- PIL Congress, BJP, AAP get ‘foreign’ funds from #Vedanta and others