Alam is accused of abusing a couple inside Rajdhani Express last Sunday. 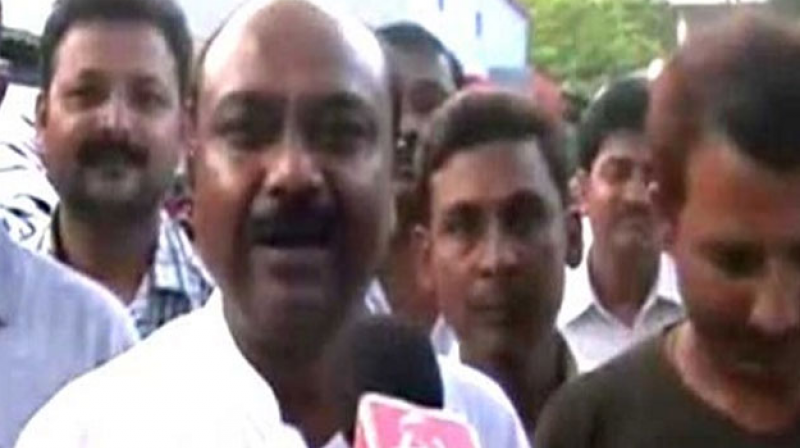 Patna: JD(U) MLA Sarfaraz Alam, who has been booked for allegedly abusing a couple inside Rajdhani Express last Sunday, was suspended from the party on Saturday.

“Be it MP or MLA, nobody is bigger than law. The police has freedom to act lawfully against those breaking law,” Bihar Chief Minister Nitish Kumar told reporters.

The CM said the Jokihaat MLA had contacted his office on January 18 and was given time to meet “me on January 19”.

“But, he didn’t turn up which made it clear ‘Mamala kuch hai’ (there is something fishy),” he said. Kumar said such behaviour wouldn’t be tolerated.

Alam, son of RJD MP Mohammad Taslimuddin and a third-term MLA from Jokihaat in Araria district, has been summoned by police today to record his statement at GRP Patna by 5 pm.

Reports from Araria said the MLA has gone traceless. People at his residence in his village in Jokihaat and also in Araria said they were not aware of whereabouts of the MLA. Alam’s mobile phone is also switched off.

Rail Superintendent of Police P N Mishra said, “We have given him time till 5 PM to appear and if he does not turn up by then the police will initiate lawful action.”

An FIR was lodged against the MLA last Monday with the GRP here for allegedly abusing a couple on board Guwahati-New Delhi Rajdhani Express.http://www.deccanchronicle.com/current-affairs/230116/jd-u-mla-sarfaraz-alam-suspended-from-the-party-over-molestation-case.html