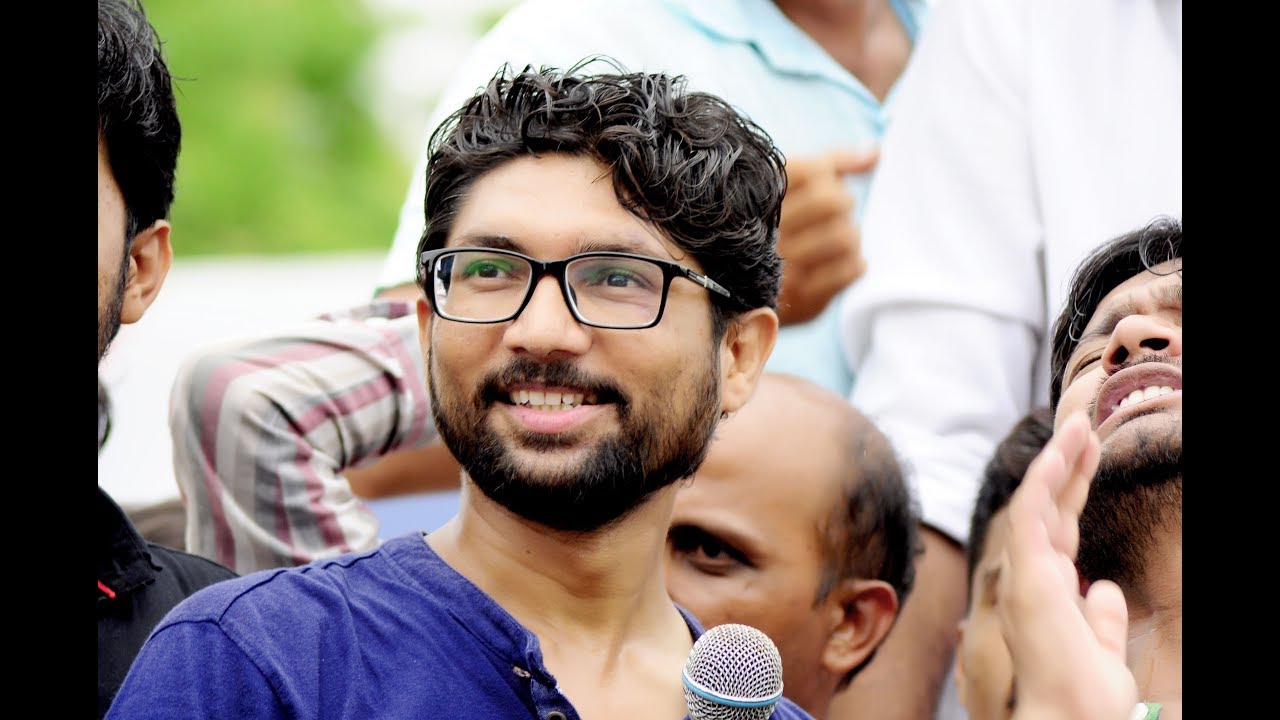 MESSAGE OF ENDORSEMENT FROM JIGNESH MEWANI TO THE PROTEST IN LONDON ON 20TH JANUARY BY DALIT AND PROGRESSIVE SOUTH ASIAN GROUPS
JIGNESH MEWANI GUJARAT’S NEW DALIT MP SENDS A message of endorsement TO LONDON DEMONSTRATION.
A several thousand strong demonstration of representatives of UK’s key Dalit organisations and progressive South Asian groups is due to take place on 20th January in protest against the violence and harassment of Dalits in Bhima-Koregaon, Maharashtra, India in the first week of January; the continued and legally unjustified incarceration of Dalit Leader Chandrashekhar Azad; and the slur on Dr B.R Ambedkar, the author of the Indian Constitution, by the Indian Union Minister Anant Kumar Hegde and a threat to do away with the Constitution altogether.
The rally at Parliament Square, Westminster, London SW1P 3BD at 1.00 pm, 20th January will be followed by a march to the Indian High Commission to present a memorandum to Mr Ram Nath Kovind the President of India, who is himself a Dalit.
DEMANDS TO THE PRESIDENT OF INDIA MR RAM NATH KOVIND
1.Bring the men who planned the violence at Bhima-Koregaon, Sambhaji Bhide and Milind Ebute to justice, they must not be spared simply because they are Hindutva leaders and as such are members of the Hindu supremacist Sangh Parivar to which the ruling BJP belongs.
2.Release the thousands of Dalits arrested in Maharashtra in the first fortnight of January immediately, drop the charges against them and launch a transparent public inquiry into the events of January 1st and 2nd.
3. Immediately release Chandrashekhar Azad, the leader of the Bhim Army, the Uttar Pradesh based Dalit Human Rights organisation! His continued incarceration is a travesty of justice
4. We, UK’s Dalits and progressive South Asians are outraged by Union Minister Anant Kumar Hegde’s insult to Dr Ambedkar and his claim that the BJP is in government to change the Constitution. We note that neither the Prime Minister Narendra Modi, nor you, Mr President, have condemned these remarks or rebuked Anant Kumar Hegde We urge you to do so immediately
Mr Satpal Muman on behalf of the Dr Ambedkar Memorial Committee of Great Britain commented:
‘ Mr Ram Nath Kovind President of India, is a Dalit and is perceived as such. He is in a position to understand the plight of Dalits who are daily facing upper-caste violence. We are urging him to ensure exemplary punishment, according to the law, for all those guilty of inflicting violence against Dalits at Bhima-Koregaon’ ; and to take immediate and concrete steps to curb the rise of Hindu fundamentalism which is currently threatening the democratic fabric of India. ‘
Mr Keval Bharadia of South Asia Solidarity Group one of co-organisers of the demonstration said:
‘India is turning into a republic of fear and violence, where mob-lynching by Hindu supremacist forces is a common occurrence. The descent into fascism has meant a horrific increase in attacks on Dalits – but the President, Mr Ram Nath Kovind, a Dalit himself, is silent. We urge him to speak out and stem this tide of violence.’
South Asia Solidarity Group is also co-ordinating a candlelit vigil Stand Together Against Modi’s Violence and Hate! Say No to India’s Descent into Fascism! on 26th January, India’s Republic Day
For further details regarding the 20th January demonstration contact:
Dr Ambedkar Memorial Committee of Great Britain, tel no. 07874205927
or South Asia Solidarity Group, tel no. 07846873341