Maharashtra – With A Rubber Stamp Of His Thumb, Aadhaar Officer Was Running A Money-Making Scam 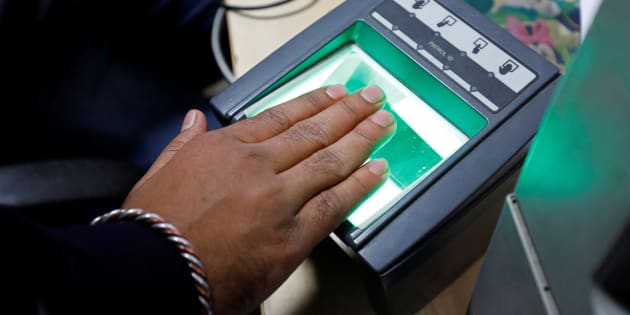 The Aadhaar is supposedly tamper proof, but Indians have long been able to find a way around the rules, and the latest from Maharashtra is that an Aadhaar enrolment officer in Waluj, Aurangabad, had a team of subordinates using his thumb impression to access the Aadhaar software.

According to a Times of India report, the Aadhaar enrolment officer, Mangesh Sitaram Bhalerao, prepared a rubber stamp of his thumb impression, and then gave it to underlings who were able to use this to access the Aadhaar software, which can be used to register new people and also edit existing Aadhaar data.

The enrolment officer and his ‘workers’ then made money by charging people for registering for Aadhaar, or making corrections in the existing Aadhaar cards. The UIDAI has lodged a police complaint, and charges of forgery and cheating have been raised.

Maharashtra Industrial Development Corporation (MIDC) Waluj inspector Dnyaneshwar Sable told the Times of India, “The gross breach came to light on April 16, when two application analysts reached the city and inspected Arihant Xerox at Maharana Pratap Chowk of Bajajnagar, only to find that the person carrying out the Aadhaar work had neither a valid license nor was authorised to do so.”

Although this ring has been busted, the case raises a number of questions. At the start of the year, a report in the Tribune showed that you can have access to Aadhaar data for just Rs. 500.

After the paper sent Rs. 500 via Paytm to an agent, it was given a login ID and password with which to access Aadhaar data, without any biometric authentication. Later, another report went on to show that cracked Aadhaar software was being circulated for prices ranging from Rs. 500 to Rs. 2,000.

But these are still sophisticated hacks that would have taken a lot of time and effort to put together. On the other hand, being able to break the security protocol of the Aadhaar with a rubber stamp, as the enrolment officer in Aurangabad did, shows just how serious the security concerns around Aadhaar are.