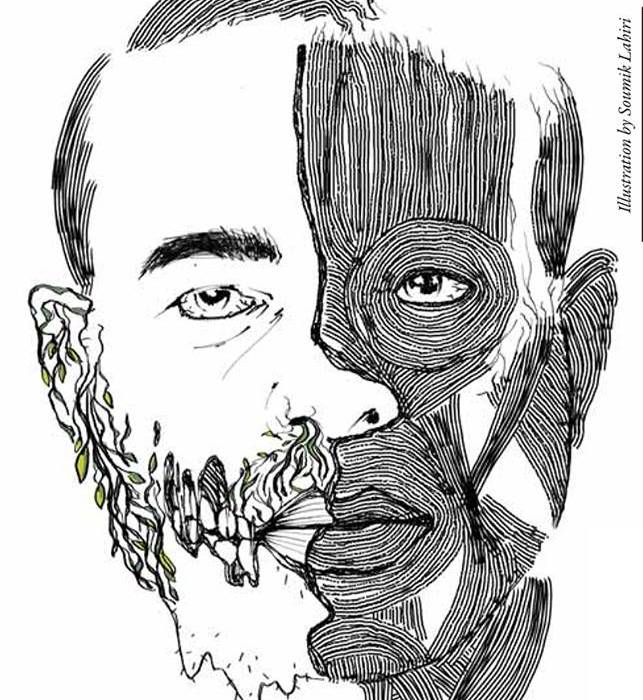 There is a gigantic gap between hype and truth of the Narendra Modi regime.

As farmers pour into Delhi for the fourth national protest in the last year-and-a-half, it’s time to ask a question: is Narendra Modi government the most anti-farmer government in India since Independence?

This question came up for scrutiny last week at the launch of the book Modi Raj Me Kisan: Double Aamad ya Double Afat? (Farmers Under Modi Raj: Double Income or Double Jeopardy?). In this book, I review Modi government’s record on farming and farmers based on available evidence.

How do the BJP’s electoral promises compare with its government’s delivery record? What is the truth behind the government’s hype about its own achievements? Did the government at least come to the farmers’ rescue during disasters, natural or otherwise? Finally, did this government’s agricultural policies do more harm than good to the Indian farmers? These questions invited me to look at the evidence closely. The evidence pushed me to a stark conclusion: Modi raj is the most anti-farmer regime in our republic’s history.

How do we go about answering a question like this one? Do we go by appearances and self-presentation? Ajay Vir Jakhar, the gentle yet dynamic chairperson of Punjab’s farmers commission (why doesn’t every state have a commission like that?), said no government in a country like India could be anti-farmer. True, no government in our democracy can afford to be seen to be anti-farmer. So, an anti-farmer government would need to wrap its intents very carefully and make sure it looks the opposite of what it does. Sounds familiar? Difficult, but not impossible in this post-truth age of spin-doctoring and media management.

Or do we go by hard growth figures? Professor Ashok Gulati, the venerable agricultural economist and former chairperson of Commission for Agricultural Costs and Prices (CACP), felt that my characterisation of the Modi regime was too harsh, if not a tad unfair. He reminded that two consecutive droughts and fall in global agricultural prices are at least as responsible for the dip in agriculture growth in the last five years as the government of the day. Besides, the agricultural growth rate under Narendra Modi is not the worst the country has seen. Fair points. But growth rate is not what I had in mind while calling this regime anti-farmer.

Do we compare the government’s performance to its own manifesto promises? If you look at the laundry list of promises the BJP made to the electorate in 2014, it makes for a sad reading. Except a gentle push for organic farming, more than the previous governments, there is little in that manifesto that the BJP would care to remember. But that is neither here nor there. Hardly any party can be accused of reading its own manifesto after it comes to power. The public, too, has learnt that these are harmless inanities.

There was one promise in the manifesto, however, that figured prominently in Modi’s election campaign and that helped rescue the BJP’s reputation among the farming communities: “ensuring a minimum of 50 per cent profits over the cost of production”. Modi regime has belied this promise in multiple ways.

First his government filed an affidavit in the Supreme Court saying that this promise was impossible to fulfil. Radha Mohan Singh, the agriculture minister who is good enough a reason to call this government anti-farmer, actually claimed on the floor of Parliament that his party never made any such promise. Finally, Arun Jaitley used a sleight of hand to change the definition of “cost of production” and claimed that the government had actually fulfilled its promise by declaring higher MSP.

But the government failed to deliver even the MSP that it declared. Prices of agricultural commodities have ranged anywhere between 20 to 40 per cent below the official Minimum Support Price (MSP). Farmer movements justly accuse the Modi government of betraying its flagship promise. But that is surely not a good ground to call it the most anti-farmer government.

What about judging the government by its own claims? That shows another gigantic gap between hype and truth of the Modi regime. This is partly because the performance of some of the key schemes has been indifferent. ‘PM Aasha’ has failed to deliver better prices. The completion rate of irrigation projects was reported to be around 10 per cent. The Pradhan Mantri Fasal Bima Yojana has guzzled 450 per cent more budget that its predecessors while adding only 10 per cent extra beneficiaries. E-Nam, or National AgricultureMarket, is still largely a showpiece. Soil Health Card is a product in search of a purpose. But the real reason for the gap between claims and reality is the bombastic propaganda, which is not in sync with anything on the ground.

Doubling of farmers’ income is the best example of vacuous claims that this regime specialises in. Nearly three years into this national mission to double the farmers’ income, we do not have a clear target or a timeline, no blueprint nor a roadmap, and obviously no mid-term review or course correction. All that the farmers have is a 14-volume report (a good report, I must add) of a committee that has reportedly suggested the setting up of another committee!

Farmers faced three disasters during Modi raj. The first two years saw consecutive droughts. Modi government stood out for the worst handling of the drought since 1960s, in sharp contrast to the way the nationwide drought in 2009-10 was managed.  The second disaster was struck by international markets as the prices plunged. The government just watched the farmers doing distress sale, when not worsening it by knee-jerk export restrictions and excessive imports. The third disaster, demonetisation, was inflicted by the government itself, unleashed at the worst point in an agrarian calendar. Indian farmers are still reeling under its impact.

Worse, Modi regime has harmed Indian farmers in ways very few governments have. Modi government’s repeated attempts to virtually annul the Land Acquisition Act, 2013 stood out for its political malevolence. When the government could not get it through the Rajya Sabha, it used state governments to amend the law and deprive the farmers of the few concessions they had earned after 120 years of the colonial practice of land acquisition.

The same is true of the zeal with which the government diluted the forest rights of the adivasi farmers. Vigilante attacks in the name of cow protection have dealt a severe blow to the cattle economy and left Indian farmers with an impossible problem of stray cattle destroying crops.

A regime can be anti-farmer in three different ways: its ideology may not have space for farmers, its policies may end up marginalising farmers or it may be politically malevolent. While all governments in India would fall under one of these three categories, Modi regime is the first central government that qualifies to be anti-farmer in all three senses of the term.

I suspect we would hear a lot about this after 11 December.

#India- makes 10 billionaires at the expense of 10 million starving tribals #WTFnews
#SundayReading - The story of Convict No. 276 and the Battle of Aberdeen
SC: Is #AFSPA in Manipur eternal ?
Taiwan compensates trio after 11 years on death row