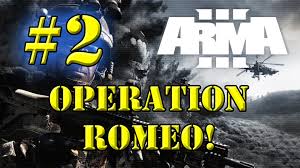 Accused cry foul, saying they were picked up without any reason.

An accountant with a private hospital on his way home in an auto-rickshaw, a documentary film-maker buying a water bottle near Sahara Mall and a scientist with a reputed public sector undertaking waiting for his lawyer friend on Mehrauli–Gurgaon Road were among the several people taken into preventive custody by the Gurgaon Police over the weekend as part of its ‘Operation Romeo’ drive.

Though 76 people were rounded up on Saturday night from MG Road for ‘misbehaving with women’, several of those taken into custody claimed innocence, saying they were picked up without any reason.

“I was going towards IFFCO Chowk metro station in an auto-rickshaw around 10-30 p.m. As I got down at the metro station, a cop accosted me and asked me to accompany him. Later, I got to know that I was taken into preventive custody,” claimed Darpan, an accountant with Fortis Hospital.

Dheeraj, a documentary film-maker from Delhi, had got down from his car along with his friend to buy a water bottle outside Sahara Mall when some policemen asked them to come along and made them sit in a bus. “They asked us to cooperate and assured us that we would be let off in an hour’s time. They took away our phones and did not inform our family,” claimed Dheeraj.

Rahul Ahuja, one of five businessmen friends from M.P., said the police waylaid their auto-rickshaw on MG Road without reason and asked them to get down. “They told us that a survey was being conducted. We later go to know that we were taken into preventive custody,” said Ahuja.

Many of those arrested claimed the police handed them visiting cards of advocates to consult for bail. “The lawyers were present at the Sector 29 police station around 5 a.m. even before our relatives and friends could reach there. They charged Rs.6,000-Rs.12,000 from us,” claimed Sonu, who was taken into custody from outside his shop in Chakkarpur.

Delhi University assistant professor Prikshit Gautam, who came for the bail of his scientist friend, said: “The police conducting a drive against anti-social elements is a commendable job. But senior officers would do well to ensure that innocent people are not harassed.”

Though the drive is aimed at those who misbehave with women, action is taken under sections of preventive detention for lack of complainants, said ACP Mamta Kharab.

“Preventive detention cannot be made without reasonable apprehension. Taking someone into custody without a reason is a complete violation of fundamental rights,” said advocate Monu Kuhar.

Gurgaon Police Commissioner Sandeep Khirwar said the accused were taken into custody based on the observation of the policewomen deployed in plain clothes on MG Road. He said he would “look into” complaints that the police were suggesting names of advocates to the accused.76 rounded uphttp://www.thehindu.com/news/cities/Delhi/76-rounded-up-in-operation-romeo/article9149122.ece

BJP Spokesman’s 2-Year Claims-Some True, Most Not
Why we need to celebrate Dashrath Manjhi, a Dalit, as the personification of love
Haryana youth stabbed 6 times for marrying Dalit girl, dies in hospital #WTFnews
#India - MPs to link Swiss bank accounts with their Aadhar cards #UID