Please Can We Stop Using Gross Images in News About Rape? #Vaw 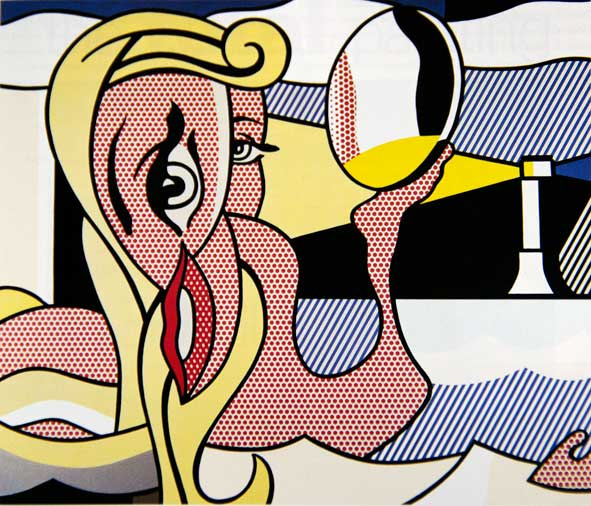 The answer is neither. A few weeks ago, while browsing the news, I found an article about the campaign for marital rape to be decriminalised, titled ‘Rape is rape, whether by husband or stranger‘. And the image described above was the illustration for the article. It has since been taken down (hopefully in a fit of self-awareness), but it is still available in the article preview on that news website, and on their image cache too. It’s also been used by them for another article about rape in live-in relationships. (The baffling feather next to the raped woman is suspiciously similar to the one on the bookjacket of Richard Bach’s Illusions.)

Why don’t I name the website?. Because it’s a rash all over the mainstream media. Consider the following reports:

This last image is a genre all by itself – one in which the men are larger than life in their omnipotence, glorified, their long shadows falling over the woman. (Plus, the woman has hair blowing around, again, like in a movie.) In others, like in this one, it’s a hand that hovers over the woman, threatening and inevitable. The hand is an popular motif; a Google News search for the word “rape” reveals more hands – for instance, here, here and here. There’s also the exploitative image that focuses completely on the woman/girl. This news report on the rape of a six-year-old girl, for instance, shows a girl sitting in the corner of a room, her face in her hands, looking up at the reader with impossibly big eyes. Forget our culture of sexualising young girls – sexualising child victims is a whole new world. And then there’s the post-pubescent woman, broken but conforming to the media’s standards for beauty – as a 16-year-old who was raped is depicted here, nail polish matching her shirt, shirt torn to reveal her shoulder, but bangles and flowing hair in place, and the shadow of the perpetrator on the wall behind her.

And let’s not forget the foetal position. A woman, raped, is coiled in a fetal position, like a child – as in this news report.

You might scratch your head and wonder what’s wrong with showing a rape as it’s happening, or a woman in the aftermath of a rape. It is a news report, after all, and images attract the reader. But what story are these images telling us, and what are they hiding? We hardly ever see the perpetrator’s face. The woman is portrayed as helpless, even though rape victims sometimes fight or escape. The picture captures the victim in a moment in which she is broken, and pictures don’t change – so we think that she will never recover, even though some women recover. And we always see a ‘beautiful’ woman, adhering to the standards of beauty the media has set up for us – which makes one suspect that some amount of lechery is going on, too.

You might argue that these pictures convey the horror of rape to the reader. But news of rape is already horrific. These images are overkill – the report becomes a thrilling horror show instead. The media putting on a show for people is a whole other debate – but to do this in the case of a rape victim is to make her into a dehumanised spectacle instead.

1. How might women who have been raped feel about seeing these images every day? Would she be traumatized? Would she believe there is nowhere to go from the position of victim?

2. How might women (or girls) who have not been raped feel about these images? Would they become afraid to stay at home and afraid to leave their houses? Would they live their lives in paranoia?

3. Why isn’t an image of, say, people protesting rape used instead? There must be plenty available. Maybe those images would provide hope rather than despair – hope that one can fight back, hope that people care.

4. Why isn’t other kinds of images used instead: a man in handcuffs (as in this report), a man behind bars, a man being interrogated by the police? This is similar to the question of why the victim is mentioned in headlines but not the perpetrator.

5. Why are these images used for reports of violence against women? They aren’t used often for, say, murder reports.

And the biggest question: why do these images only tell a particular kind of story? And is this only the media’s fault? The media wasn’t born in a vacuum, after all. We as a culture often perceive women through a particular lens – one that turns them into an object, either a sexual one, or a possession, or a machine that never needs repair (the wife-mother who is in charge of housework and doesn’t fall sick) and so on. This lens makes it difficult simply see a woman for who she is.

The skinny, friendly, pleasing, well-dressed, tireless, all-things-to-all-people, career-and-family yet pliable woman is increasingly the first image available to us when we think ‘woman’. Getty Images’ Lean In collection, about women who want to participate in society positively by working, living, loving more fully, illustrates this lens very well. To fit a woman into this mould is to abuse her – and to participate in propagating that mould is exploitative. Yes, we do this to men too, but their mould is more flexible, their lives less systematically scrutinised.

So can the media pause and consider this lens before searching for illustrations? I believe they can. Will we still read the reports? I believe we will. But we, as consumers of media, also need to simultaneously change the way we use our eyes and cultural lenses to perceive women – not to mention using our ears too.

#India - 8 gang rape a girl waiting for a bus in Faridabad #Vaw #WTFnews
#India - How a scholar spoilt Narendra Modi’s plan of global goodwill #mustread
Pakistan - Fighting Extremism with Schools, Not Guns
Land bill hearing score: one for, 33 against