Pradeep Bhattacharya, who spent his life for the cause of working masses, rational thinking 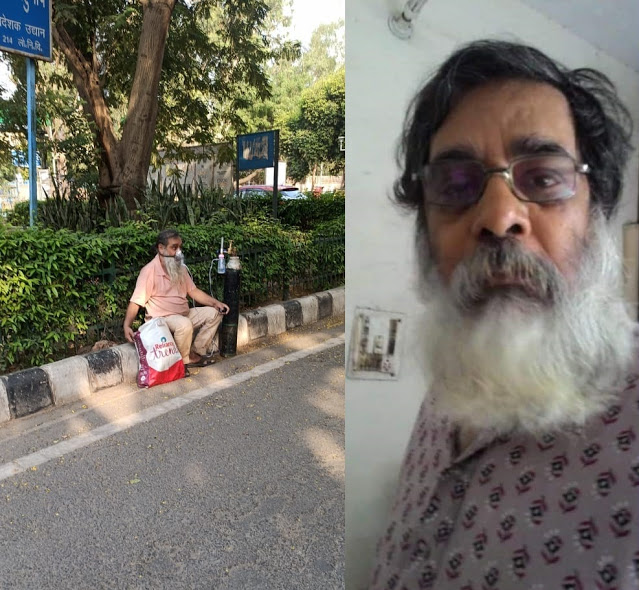 At 11:30 pm on May 3, 2021, I lost my best friend and comrade Pradeep Bhattacharya. He spent his life dedicated to the cause of the working masses and rational thinking.

A person of thorough scientific outlook and a well-read student of Marxian thought, he was a walking encyclopedia and could speak on a wide variety of topics from art and culture to science, philosophy, history and politics.

A writer, journalist, filmmaker, teacher, science communicator and a staunch atheist, he was always held in high esteem by his students, friends and comrades.

Pradeep always shunned opportunism and compromise and led a simple life. He never hankered after positions in the Communist Party of India, which he served as an activist, leader and a prolific educator – equipping hundreds of comrades with basics of Marxian thought and the history of world revolutionary movements.

He was the main brain behind our School of Communication and Cine Arts (SCCA) and had came up with the unique concept, From Stage to Screen, where students learned the arts of theatre and filmmaking as an integrated discipline in a free unencumbered environment even as they experienced the working of different departments of theatre and filmmaking including acting, set design, camera, sound, lighting and editing. They learnt how to act in a theatrical setting and in front of a camera.

He played an important role in the innovatively and creatively designing the studios at our SCCA’s Faridabad campus because we had very little money that our friends and well-wishers had given us for the purpose.Pradeep was the leader of the team of one of India’s most successful science communication projects, the Science Page, which was a full-colour ready-to-print page published in several languages by mass-circulated newspapers – reaching several million readers. The page published during the 1990s carried stories on frontiers of science, written and illustrated for the lay reader.

We worked together in so many other projects like setting up popular websites like panjabilok.com and urdu tahzeeb.com; Science of Light school workshops in Delhi and NCR, Mathematics & Science Communication Media Workshops across India (commemorating the International Year of Mathematics and birth centenary of Shrinivas Ramanujan); Science & Astronomy workshops across the country and many more.
As they say an educator is always an educator, Pradeep Bhattacharya played a leading role in our science education and astronomy club projects. In fact, all the operations of Mars Education were looked after by this versatile genius whom we lost in the most unthinkable circumstances.

Among the fiction short films we co-directed and produced included a landmark 13-episode series based on short stories of the celebrated writer Sadat Hassan Manto which dramatised his different stories to portray the extraordinary range of his literary calibre. Many of our students launched their acting careers with the series that was broadcast on Doordarshan.

Another documentary series we did was in Urdu, “Masael aur Mustaqbil”, which traced the origin of Urdu, its contribution to our composit culture, literature, films and the national movement. The documentary was shot by teams led by Pradeep and myself across the country and included dozens of interviews.

He came up with the unique concept From Stage to Screen, where students learned the arts of theatre and filmmaking as integrated disciplineI vividly remember a radio drama series “Kitne Pakistan”, based on the novel by the same name by the famous writer Kamleshwar we did several years ago. Most of the recording supervision and directing of the voice actors was done by Pradeep while I conveniently popped in as co-producer of the radio drama which ran into 20 episodes.

Pradeep was a meticulous planner and executioner. I would come up with adventurous concepts and leave in to him to work out details and work-plan before we implemented the project together. We were two different people but so interconnected and interdependent that I am at a loss to understand how would work in future…

The extraordinary 30-plus hours delay to put him on ventilator cost him his life. The problem however started with the highly erratic oxygen support at Delhi’s premier Covid hospital, Lok Nayak Hospital. That resulted in steady deterioration of his condition. This happened at different stages.

Each time his oxygen saturation level fell, he was attended to only after a lot of pressure and shouting and after long delays. Till we could call him, we would start making frenetic calls to concerned officials and well-connected friends as soon as we knew that his O2 level was sinking. Then we couldn’t talk to him and there was a deafening information gap. He went from bad to worse and fought for his breath till his lungs collapsed.

It is less about the virus but more about the total failure of our health system, criminal lack of preparedness of the Modi government which did nothing for more than a year since the Covid outbreak. The Delhi government is equally culpable. So much for its empty promises of robust health and education system.
As the pandemic riding on virulent mutant strains is surging, a medical emergency should to be declared in the country. Armed and paramilitary forces should be immediately brought in to provide medical and logistical support to effectively combat the pandemic. When will we use these massive, often wasted, resources which are used more to suppress than to protect the people?

Private hospitals should be nationalised for the time being and health services, medicines, tests and vaccines should be free.
Otherwise India would be a nation of the walking dead…
—
*Journalist, filmmaker, science communicator; former director, School of Communication and Cine Arts (SCCA), Faridabad; currently with Mars Education, which works with schools on hands-on science education‘