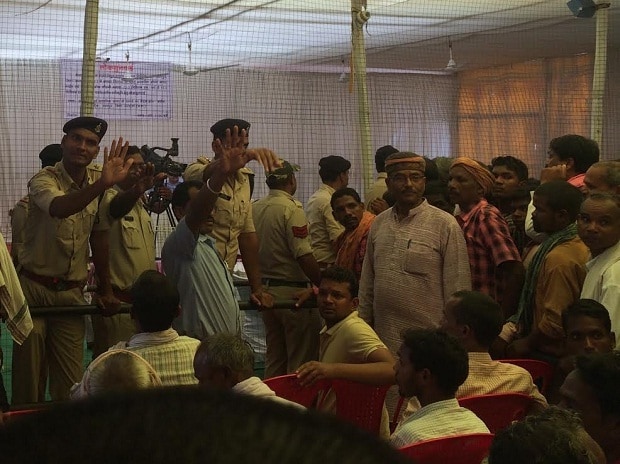 State-run Rajasthan Rajya Vidyut Utpadan Nigam (RRVUNL), originally allotted the blocks, has sought community consent for capacity expansion from 10 million tonnes a year to 15 mt a year, for feeding its power plants. Adani Mining was selected as the mine developer and operator (MDO) of the blocks originally allotted to the RRVUNL.

“Why does the company want to expand the capacity? There is no shortage of coal to feed its plants in Rajasthan,” said Satya Yadav of Ghatbharra, while lodging his protest at the public hearing here, about 350 km from the Chhattisgarh capital, in Udaipur block of Sarguja district. The MDO had failed to develop the rail line for evacuating the coal and, hence, expansion was not logical; the mineral cannot be transported by air, he said pointing to the allegedly rising numbers of road mishaps due to coal-laden trucks.

A section of villagers, however, supported the expansion plan and said Adani Group had taken a slew of initiatives for local development. “A local boy trained in the sport academy of Adani had scored two goals at an international football match and brought laurels for the region,” one said. Tulsiram Yadav, a local Congress party leader, claimed the company had failed to rehabilitate the project-affected people and did not implement earlier promises made at the gram sabha. “I have been working with the company for three and a half years for Rs 5,000 without any increment that had been promised,” said a Lalit Prajapati.

The environmental activists said the public hearing for expansion was illegal, as the blocks did not have either forest clearance (FC) or gram sabha consent. Social activist Sudha Bhardwaj said the National Green Tribunal (NGT) had cancelled the FC in March 2014 and the order was later stayed by the apex court. “The cancellation has not been mentioned in the Environment Impact Assessment (EIA) for the expansion plan and hence the public hearing should be declared illegal, for suppressing facts,” she said.

Uma Shankar, senior vice-president at Adani Group, said the company had mentioned the NGT order in the EIA report. “The group claiming hiding the facts had been misguiding people,” he said.

RRVUNL says expanding of capacity is needed. Prakash Israni, deputy chief engineer, said two thermal units of 660 Mw each had been proposed in Rajasthan that would be fed by coal from the blocks.
DIFFERENT OPINIONS
State-run Rajasthan Rajya Vidyut Utpadan Nigam has sought community consent for capacity expansion from 10 mt a year to 15 mt a year

A section of villagers, supported the expansion plan

Many say, Adani Group had taken a slew of initiatives for local development

The environmental activists said the public hearing for expansion was illegal, as the blocks did not have either forest clearance or gram sabha consent