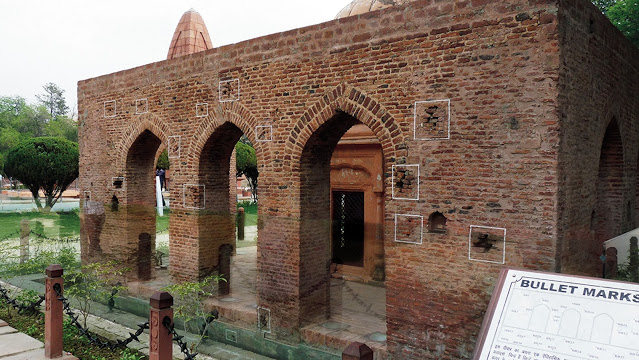 The RSS-BJP rulers declare India to be a battle-ground between Hinduism and Islam. Muslims have been declared as ‘internal threat’ by RSS ideologue MS Golwalkar (“Bunch of Thought”, Chapter xvi). Behaviour of many of their leading cadres, including those who hold high constitutional posts, is such that they seem to be conspiring over-time to ignite a civil war between the two communities. They are under the impression that this would help divert attention from failures of the Hindutva rulers on developmental front.

Indeed, they are refusing to treat Muslims as part of the Indian nation, which according to them is a Hindu nation. They have no hesitation in identifying themselves as ‘Hindu nationalists’. Awfully, Prime Minister Narendra Modi, who took oath to uphold democratic-secular polity in 2014, long before had identified himself as a Hindu nationalist with total commitment to the Hindutva project.

However, it was not the scenario during the freedom struggle which the Hindutva organizations, especially RSS and Hindu Mahasabha led by VD Savarkar, willfully betrayed. Indeed, nobody should be surprised to know that in the pre-Independence literature of RSS there is no mention of the Jallianwala Bagh massacre.
The unity of the Indian masses could be witnessed when the British rulers perpetrated one of the worst blood-bath in the modern history — the Jallianwala Bagh massacre on April 13, 1919. However, people of India, shackled by the most powerful imperialist power of the world, Britain, presented a heroic united resistance. It was no exception

It could be seen again and again since the First War of Independence 1857. It is no hearsay but corroborated by the contemporary British government documents. These amazing eye-opening documents were part of the British archives which became National Archives of India after independence.
Most documents, concerning the most volatile period of the Indian freedom struggle, not only showed the Britishers brazenly flouting democratic norms, indulging in barbarism, while suppressing the mass discontent but also brought to light hitherto hidden aspects of Indian people’s united heroic fight-back. Contemporary documents are both saddening and amazing. It was hugely shocking to watch the ‘civilized’ British indulging in acts of unprecedented violence against Indians and amazing way the people of India, collectively and individually, belonging to different faiths and Castes, rose in revolt.

These documents make shocking revelations about the reprehensible attitude of the foreign rules towards victims of Jallianwala Bagh massacre. In June 1919 the home department came out with the statement which described the British causalities but kept mum on the count of Indian deaths raising an idiotic argument that whatever number would be made public by the British government would not be acceptable to the Indians!
However, when government repression in Punjab drew world-wide condemnation, the British government appointed a commission of enquiry for investigating the violence in Punjab on October 14, 1919, headed by a jurist from Scotland, Hunter. This commission came to be known as Hunter Commission.
It came to the conclusion that at Jallianwala Bagh 381 Indians, including males, females and even a six month old baby were killed by the General Dyer’s force. This count was highly disputable as the unidentified bodies (of the people who were not Punjabis but were in Amritsar as it was a famous business/religious centre where also people from other states constantly came in search of livelihood) were disposed of.

The Hunter Commission list of martyrs makes it clear that the protest meeting at Jallianwala Bagh held in protest against Rowlatt Act and arrests of renowned Congress leaders, Dr Satyapal and Saifuddin Kitchlew (whose son Toufique Kitchlew, an author died in penury) was attended by men, youth, women of all religions and castes.
According to the list, 381 Indians died due to the firing of the British army under the command of Brigadier General Reginald Dyre. His invading force mainly consisted of Nepali Gurkhas, Baluch Regiment (manned by Punjabi Muslims, Hindus and Sikhs), the 54th Sikhs and the 59th Sind Rifles soldiers making it clear that the British ruled India with the help of the Indian stooges
Out of 381 martyrs, 376 were identified, 220 were Hindus, 90 Sikhs and 66 Muslims. Another significant aspect of this gathering, which reflected in the list of martyrs too, was that if on the one hand businessmen, lawyers, journalists, literary persons, government employees, intellectuals were present, on the other hand large number of audience belonged to the professions like iron smith, dhobi (washer men) weavers, barbers, helpers, daily-wage earner, carpet-knitters, masons, cobblers and sweepers. Many women were also present.

These realities once again underlined the fact that before the appearance of protagonists of Hindu and Muslim separatism, Indian freedom struggle was a united movement over-riding religious and caste divisions. It was a true anti-colonial movement for an all-inclusive India.

Udham Singh was 20 year old orphan (born in a Dalit family) who witnessed the massacre. So deep was the hatred that he vowed not to rest until he had avenged the killing of the innocent hundreds.
In order to enter England where one of the perpetrators was living, Udham Singh travelled to Mesopotamia, Kenya, Uganda, USA and USSR, all in quest of Indian revolutionaries and ammunition. He survived working as a carpenter and helping to organize the labour movements in the countries he took refuge. He spent almost two decades as a refugee in different parts of the world.

Finally he could fulfill his vow of taking revenge on March 13, 1940 when he shot dead Michael O’Dyer, the Lt Governor of Punjab (the architect of the Jallianwala massacre who ordered the crackdown) at Caxton Hall, London. When taken to court after arrest, he identified himself as Mohammad Singh Azad. By adopting this name underscored the fact that the overthrow of the British rule was impossible without the unity of the Hindu, Muslim and Sikh of India.It is likely that if Udham Singh were to return to India today as Mohammad Singh Azad, he would be lynchedIt was 81 years ago (July 31, 1940) Udham Singh died on the gallows in the Pentonville prison of London. Before kissing the gallows Mohammad Singh Azad said:
“I did it because… he deserved it. He … wanted to crush the spirit of my people, so I have crushed him. For full 21 years I have been trying to wreak vengeance. I am happy I have done the job. I am not scared of death. I am dying for my country.”
After announcement of death sentence he had told the court:
“I do not care about sentence of death…I am dying for a purpose… We are suffering from the British Empire… I am proud to die to free my native land and I hope that when I am gone…in my place will come thousands of my countrymen to drive you dirty dogs out; to free my country…you will be cleansed out of India. And your British imperialism will be smashed…I have nothing against the English people at all…I have great sympathy with the workers of England. I am against the imperialist government. Down with British Imperialism!”
There is a strong likelihood that if Udham Singh were to return to India today, he would be lynched by Hindutva goons.
Shockingly, even after Independence of the country nothing changed for the surviving members of the martyrs and grievously injured. They remained neglected what to talk of honouring the families. In India where persons who were behind bars during Emergency (1975-77) for less than a month, receive INR 10,000 and less than two months as INR 20,000 as family pension, the demand of the families of the martyrs that at least they should be entitled for pension and railway concession have not been accepted.
Disgusted, ‘the Jallianwala Bagh Shaheed Parivar Samiti’ wrote a letter to the British Prime Minister that England should compensate their loss! It only shows the helplessness and hopelessness of the families of the martyrs but surely shamelessness and spinelessness of the Indian rulers.
On this anniversary of Jallianwala Bagh massacre the hypocrisy of the Hindutva rulers is to be seen and believed. This lot like every anniversary will laud the sacrifices at Jallianwala Bagh and condemn repression by the British by imposing draconian laws like Rowlatt Act.

While they are using far worse draconian laws like Defence of India (DIR), Prevention of Terrorism Act (POTA), Terrorist and Disruptive Activities (Prevention) Act (TADA), Maintenance of Internal Security Act (​MISA), Unlawful Activities (Prevention) Act (UAPA), Armed Forces Special Powers Act (AFSPA) as every day’s governing tool discarding democratic-secular norms enshrined in the Constitution. It is difficult to count how many intellectuals, lawyers, journalists, activists, authors, poets, artists are behind bars under these laws.
It is sad that on the eve of 102nd commemoration of the Jallianwala Bagh massacre in which Hindus-Muslims-Sikhs laid down their live together RSS-BJP leaders from Modi down to those campaigning West Bengal are hailing the brutal killing at Sitalkuchi village of four young Muslim voters by a central Para-military force under the ministry of home headed by Amit Shah.

The Bengal BJP chief, Dilip Ghosh, declared that there would be a Sitalkuchi “everywhere.”Another RSS-BJP leader of the State, Rahul Sinha went to the extent of demanding that central forces should have killed eight rather than four people in Sitalkuchi in West Bengal. It is high time that in order to save our democratic-secular India from the clutches of the Hindutva rulers we remember the heritage of joint martyrdoms of Jallianwala Bagh and use it as antidote to the criminal communal polarizing game played by them. It would be the fittest homage to the martyrs of Jallianwala Bagh too.