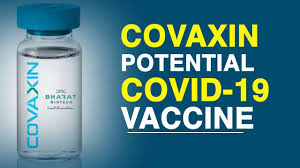 Activists involved with the Bhopal gas tragedy have written to Prime Minister Narendra Modi and health minister Harsh Vardhan about the unethical practices at the clinical trial site for Bharat Biotech’s Covaxin at the city’s Peoples College of Medical Sciences & Research Centre.

A 45-year-old daily-wage worker, who participated in the Phase 3 trial for Bharat Biotech-ICMR’s Covaxin in Bhopal at the People’s Medical College and Hospital, died December 21, nine days after he got the first jab, according to hospital records.

The postmortem report of Deepak Marawi, a father of three, suspected “poisoning” as a cause. Bharat Biotech, in a statement, said that the “serious adverse reaction” had been “thoroughly investigated” and was found “not related to vaccine or placebo”. A state government panel, too, ruled out any “lapses.”

“Evidence has emerged that the trial in Bhopal is being conducted in gross violation of laws and guidelines governing clinical trials in India. This is leading to exploitation and harm to a community of people that are not just economically and socially deprived, but whose health is compromised owing to the destructive impact of the Bhopal gas tragedy and its consequences,” the activist group said in the letter on Sunday.

In a letter to the Prime Minister and the Union Health Minister sent this morning, Bhopal Gas Peedit Mahila Stationery Karmchari Sangh, Bhopal Gas Peedit Mahila Purush Sangharsh Morcha, Bhopal Group for Information and Action and Children Against Dow Carbide have also sought punishment for all responsible parties who were negligent in ensuring the safety, well-being and the rights of the trial participants and monetary compensation for damages caused during the COVAXIN trial in Bhopal.

It pointed to “vulnerable people being misguided and herded” by the site’s investigators without being given a proper explanation to get an informed consent from prospective volunteers, lack of proper monitoring and follow-ups, as well as medical services not being provided to participants that were experiencing adverse reactions and adverse events.

It sought immediate intervention from the government, including stopping the trial at the Bhopal site and a thorough independent probe into the violations, and transparency in providing details of the probe.

The letter comes on the back of the death of a 42-year-old trial participant on 21 December, nine days after the first dosing. As the trial was not ‘unblinded’, it is not yet known whether the participant got a vaccine or placebo.

While the deceased participant’s family has alleged that the vaccine was the cause of the death, Bharat Biotech in a statement on Saturday denied it citing a post-mortem report which said that the person died due to poisoning.

“As per the post-mortem report issued by the Gandhi Medical College, Bhopal, the probable cause of death was cardio-respiratory failure as a result of suspected poisoning and the case is under police investigation as well,” Bharat Biotech said, adding preliminary reviews by the trial site indicated that the death is unrelated to the study dosing.

Bharat Biotech also said that all data and reports on death, categorized as a serious adverse event, have been submitted to site’s ethics committee, the Central Drugs Control Standards Organization (CDSCO) and the Data Safety Monitoring Board (DSMB) as per the rules. “We are also continuing to cooperate with the investigation requirements from the Madhya Pradesh Police in Bhopal,” the company said.

The activist groups also held a press conference on Sunday where the participants, from communities situated behind the abandoned Union Carbide factory—the site of the Bhopal Gas tragedy in December 1984—gave their account of how they were recruited and how the trials were conducted at Peoples College of Medical Sciences & Research Centre.

All the trial participants who gave their accounts stated a few common things—they were told that the vaccine will save them from covid-19 infection and that the government was administering it for free, and that they would receive ₹750 for every shot they took. None of them were told that it was a clinical trial and the vaccine was being tested on them to determine its effectiveness, they said.

So far, it is not clear whether the Drug Controller General of India V.G. Somani as well as the government will be conducting further probe into the death as well as ethical concerns, but some experts have raised concern over the lack of reporting of the death, especially considering that it was not disclosed when the company had received an emergency licensure in ‘clinical trial mode’ based on only its safety and immunogenicity data.

Malini Aisola, co-convenor of the All India Drug Action Network, questioned the vaccine being given an authorization based on just the safety and immunogenicity data, especially as there were already concerns over lack of efficacy data.

“Now we are coming to know that the death that took place in the phase 3 trial had happened on the 21st of December, yet there is no mention of this in the deliberations of the subject expert committee,” Aisola said at the press conference.

Anant Bhan, a bioethics researcher present at the press conference, said that the recruitment not just raises ethical issues but also legal ones.

Bharat Biotech, in its statement, said that the Covaxin Phase 3 study is being conducted across 26 sites in India in compliance with the study protocol, Indian good clinical practice (GCP) guidelines, and all regulatory provisions that apply to clinical trials in the country.

The company said that the decision to reimburse all participants at the rate of Rs750 for each study visit was approved by every site’s institutional ethics committee and was not an inducement.

“Our constant focus during the development of the vaccine and the clinical trials has been on ensuring patient safety and ensuring that the study is done to the requirements of all the relevant and applicable rules and guidelines, and that the data generated is of the highest quality and valid,” the company said.

Rashida Bee, President of the Bhopal Gas Peedit Mahila Stationery Karmchari Sangh and a recipient of the Goldman Environmental Prize, said, “At least 700 of the 1700 people on who this vaccine, with unknown efficacy, is being tested, are people poisoned by Union Carbide. One gas victim has already died within 10 days of getting the trial shot and many continue to have health complaints of serious nature. No one has been punished for the death of 13 gas victims who died during trials by Pharma companies at the Bhopal Memorial Hospital & Research Centre some twelve years back. We are writing to the Prime Minister to ensure there is no repeat.” On behalf of Bhopal survivors’ organisations, she demanded that the family of the gas victim who died during the COVAXIN trial be paid Rs. 50 lakhs as is done in the case of deceased “Corona warriors”.

Highlighting some of the irregularities of the ongoing trial, Rachna Dhingra of the Bhopal Group for Information & Action said, “People whose health is compromised due to Union Carbide’s poisons are being given the COVAXIN trial shots without their knowledge or consent. No records are kept of the health problems the trial’s participants have had following the shots and several have been turned away without tending to the adverse effects of the shots. Trial participants who leave or are excluded halfway are denied care and are not followed up.”

Describing the demands of the Bhopal survivors’ organizations, Shehzadi Bee of Bhopal Gas Peedit Mahila Purush Sangharsh Morcha said, “In addition to immediate stoppage of the trial and compensation for the gas victim who has died during this trial we demand a thorough and impartial audit, criminal punishment of officials and institutions responsible for this public health disaster and compensation for injuries caused due to trial vaccines.”

“By ignoring the ongoing criminal irregularities in the COVAXIN trial in Bhopal, the Government is potentially unleashing a public health disaster on the 16th of this month”, said Nousheen Khan of the Children Against Dow Carbide.