Teacher, Principal Suspended Over ‘Anti-Brahmin’ Slogan Painted on Wall of UP School 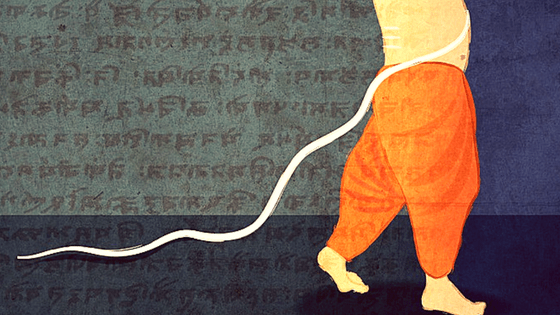 Agovernment school principal and a teacher here were suspended over the school wall sporting an alleged anti-Brahmin slogan that one of them attributed to Dalit icon B R Ambedkar. Lallitpur’s Basic Education Officer (BEO) Ram Pravesh on Wednesday said Principal Anil Kumar Rahul and Assistant Teacher Qadir Khan of Avni village in Talbehat were suspended after the school wall was found displaying the objectionable anti-Brahmin remark.

The remark was detected on Sunday during the inauguration of smart classes in the school and the two were suspended on Tuesday, he said. BEO Ram Pravesh said roughly translated in English, the Hindi sentence painted on the school wall read: Ringing school bells will ensure your welfare, ringing those of temples will benefit only Brahmins.

Principal Rahul, however, defended the sentence on wall, saying This was not my personal comment. Constitution maker Bhimrao Ambedkar made this comment to educate the Dalit society. So it was quoted. I had no intention of hurting anyone’s feelings, he added in his clarification on Wednesday.

The slogan written on the school wall was whitewashed after the controversy erupted but many Brahmin organisations took strong exception to it. The Sarva Brahmin Mahamandal Janakalyan Trust’s president Ashok Goswami alleged the slogan was written to insult a particular caste. He demanded the registration of a criminal case against the basic education officer and the assistant basic education officer.

If the government fails to take action against the two officials, the Brahmin community will launch an agitation, he warned. Office bearers of various other social outfits, including Karni Sena district president Basantraj Bantu, Akhil Bharatiya Vidyarthi Parishad’s district convenor Piyush Pratap Bundela, besides those of Hindu Yuva Vahini, All India Brahmin Mahasabha, Brahmin Mahasangh and Parashuram Sena too warned of holding agitations if strict action was not taken in the matter.

DU dreams to labour activism: Nodeep Kaur’s arc that ended in arrest
How does govt justify ‘Aadhaar’ when its foundation has crashed? #UID
Why We Can’t Support Hotels Owned by the Sultan of Brunei
Rape and the tyranny of silence #Vaw #mustread