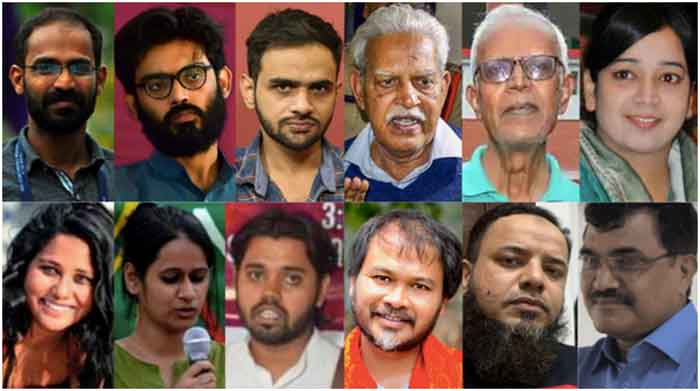 The Indian Sedition Law owes its origin to The British Sedition Act of 1661, an Act of Parliament of England which was passed as an Act for safety and   Preservation of His Majesties Person and Government against Treasonable and Seditious practices and attempts. However Sedition was abolished in Great Britain through the Coroners and Justice Act of 2009.

Bal Gangadhar Tilak and Mohandas Karamchand Gandhi were two prominent leaders who were imprisoned under this Act during the British rule of India.

The irony is that Great Britain abolished this undemocratic Act in 2009 with the prophetic words : “Sedition and seditious and defamatory libel are arcane offences – from a bygone era when freedom of expression wasn’t seen as the right it is today”.

“Freedom of speech is now seen as the touchstone of democracy, and the ability of individuals to criticise the state is crucial to maintaining freedom”.

However Independent India is still carrying this imperial legacy in the form of silencing dissent and criticism in the so-called democracy. It has been widely used against popular movements and individuals speaking up against the establishment.

The Preamble of the Constitution of India is very clear in declaring that it secures to all its citizens Liberty of thought, expression, belief, faith and worship.

Sedition reason has been misused by the Government in imprisoning those who differ from the Government point of view thus negating the freedom of speech guaranteed by the Constitution. A plethora of intellectuals, journalists, social activists, writers, tribal sympathizers, etc. have been put behind bars with no scope for bail or quick hearing in Courts. One remembers such tall thinkers and activists as Gautam Navlakha, Anand Teltumbde, Varavara Rao, Sudha Bhardwaj, Stan Swamy, Umar Khalid, etc. who have been arrested under Sedition/UAPA charges with no quick hope of redemption.

Sedition law has been invoked to arrest dissidents often without bail while they await trial — sometimes for years. Police arrested Disha Ravi, a 22-year-old environmental campaigner, for sharing a tweet in support of the Farmers’ Movement. Farmers have been arrested in good numbers for opposing the three Farm Laws that this Government wants to implement by force.

Gandhi when charged with sedition in 1922 told the Court :

“Section 124A under which I am happily charged is perhaps the prince among the political sections of the Indian Penal Code designed to suppress the liberty of the citizen. Affection cannot be manufactured or regulated by law. If one has no affection for a person or system, one should be free to give the fullest expression to his disaffection, so long as he does not contemplate, promote or incite to violence.”

Sedition has today become a convenient legal tool to stifle any voice that goes against what the State perceives as nationalism or patriotism.

We must remember at this stage what Gurudev Rabindranath Tagore warned us :”I will never allow patriotism to triumph over humanity for as long as I live.”

The Constitution of USA, whose democratic traditions the world looks up to, has a very strong First Amendment stating that Congress shall make no law respecting an establishment of religion, or prohibiting the free exercise thereof; or abridging the freedom of speech, or of the press; or the right of the people peaceably to assemble, and to petition the government for a redress of grievances.

On First Amendment cases the Supreme Court Justices have issued rulings that have protected the speech of unpopular individuals and groups against government censorship. Cases concerning government attempts to crush union and student protests of the Vietnam war, flag-burning and Nazi protests established free speech as an essential protection for people with minority opinions who were in danger of being silenced by the majority.

India similarly must throw out from the statute books laws like the Sedition, UAPA and other similar Acts and allow the public freedom of speech guaranteed under our Constitution.

Without public criticism and consequent change in course of action India will remain a false democracy not reflecting the will and decisions of its population. The danger to becoming an autocratic ruled country then becomes real and frightening.

Echoing the appeal of Md. Zeeshan Ahmad and Zain Haider on this Sedition issue we concur with the same :”Lack of guidelines on arrest and inquiry gives further room for abuse of this law. As the latest National Crime Records Bureau data shows, there is a mere 3.3% conviction rate for sedition in the 93 registered cases. The UK scrapped its sedition law in 2009 on grounds that it is arcane and irrelevant and suppresses freedom of speech. This should be India’s aim too. The Law Commission said in a 2018 consultation paper that it is ‘time to re-think or repeal’ the section.”

Mr. Shashi Tharoor writing his comments on the book written by Supreme Court Advocate Chitranshul Sinha entitled ‘The Great Repression’ mentions: ”Chitranshu Sinha’s trenchant exposition of the History of sedition laws in India is an exceptionally well researched and strongly argued case against this antiquated and undemocratic tool of repression.”