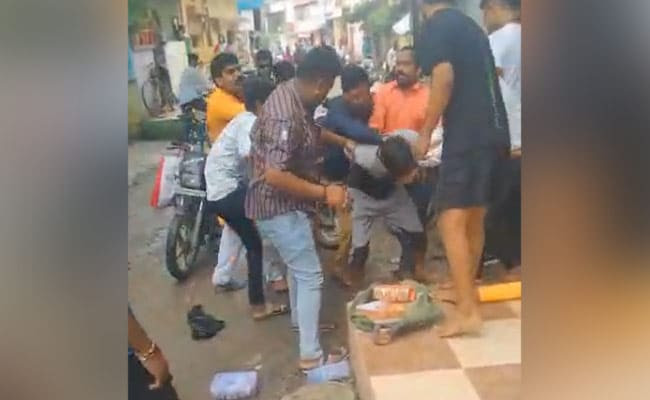 India is a diverse country. It has geo-climatic diversity and people who live in different geo-climatic regions have different ways of living and doing, with different cultures.

India has been a socio-cultural entity with a civilizational identity for millennia. At Independence, India was a country of amazing complexity of cultures, languages, customs, religions, ethnicities, and an ancient caste system. The large majority of people were economically and educationally backward. This is still true, although to a lesser extent.

India (2011 Census) has 1.21-billion poulation, of which 79.8% are Hindu, 14.2% Muslim, 2.3% Christian, 1.72% Sikh, 0.7% Buddhist and 0.37% Jain. Within each of these different religious adherents, there is diversity of ethnicity, language, social customs and economic status. Caste, from the Hindu faith, has crept into the social life and practice of some other religious. India has more than 120 languages and nearly 20,000 mother-tongues or dialects.

Today’s diverse and complex India is a society in flux. It is a mix of the traditional and the modern. Tradition, with its ancient ills of patriarchy-caste mixed with a strong language-art-culture tradition, has withstood centuries of foreign influence. In modern India, science and technology has advanced phenomenally, and drives the engine of “development”. This has benefitted the better-off segments relatively far more than the socio-economically backward, who are the losers.

People in the affluent segments have tasted the “nectar” of development-by-industrial-economic-growth. They unquestioningly accept science and technology as a panacea for social ills. On the other hand, those who have missed the ‘development-bus’ for no fault of their own – apart from being born in a particular socio-economic community – have been prey to the industrial bulldozer, losing lands, homes or livelihoods.

The better-off segments of India’s society claim “ownership” of different portions of the traditional and the modern, while there are huge segments that suffer from the ills of both tradition and modernity, and get little or none of the benefits. Grinding poverty persists and inequality has increased. This has created social tensions and unrest, generating and increasing ill-feeling between the haves and the have-nots. This ill-feeling is exacerbated by the patriarchy-caste legacy working between and within all segments of society. Politicians who may come from any segment of society, take advantage of ill-feeling for personal or partisan benefit.

In this background of multi-dimensional diversity, there is a unity forged by the Constitution of India, which is a source of strength to our people and our Nation. The Constitution is a resolution of We the People, who “solemnly resolve to … secure to all its citizens … Justice, Liberty and Equality, and to promote … Fraternity”. It unifies the people through citizenship of the Union of India, making us all Indians first and foremost, regardless of our regional, linguistic, religious, ethnic, economic, etc., diversities.

Fraternity is nothing but brotherhood, with concern for others, and respect for and acceptance of differences of caste, gender, ethnicity, economic status, etc. People cannot be assured of Justice, Liberty or Equality, unless Fraternity in one form or another, to some degree, is felt by individuals at all levels of our vast socio-economic spectrum. The purpose of promoting Fraternity is to “assure the dignity of the individual and the unity and integrity of the Nation”.

However, today’s reality is that the unifying force of the Constitution is weaker than the divisiveness of prevailing political forces. Indeed, the former is under increasing attack from the latter.

The patriarchy-caste legacy is the strongest enemy of Fraternity. It manifests as gender and caste discrimination, and violent crimes, within all social structures countrywide. However, the patriarchy-caste-religion combination, the poisonous product of some politicians and political parties, is worse – it destroys Fraternity.

Fraternity is the unifier, the integrator, which must be promoted in keeping with the resolve of We the People, to preserve our Republic. Our sacred task is to build upon existing feelings of Fraternity among our diverse population.

Divisiveness on the basis of politics, caste or religion, destroys Fraternity. It polarizes people and encourages dislike, distrust or hate of the “other”, the “opposite” group. Social polarization is the aim of those who seek to acquire political power by dividing people. They use the “divide and rule” ethos of our erstwhile British rulers.

Weakening Fraternity weakens the possibility of providing Justice, Liberty and Equality. It is difficult to imagine an individual in a position of superiority or power – arising from wealth, education, caste, status, etc. – behaving fairly or justly, or sharing anything, with a person whom s/he hates or dislikes, or towards whom s/he has no fraternal feelings. Denial of rights like access to water; motivatedly discriminating or acting against another person or group of persons on the basis of caste, gender, religion, political views, etc., extending to serious crimes including rape, murder and custodial violence; and more, are not new, but greatly increased in the recent past.

When political divisiveness is deliberately linked with religion, the Fraternity factor is further weakened or destroyed. It denies the dignity of the individual of the targeted religion, and impacts national integrity and security. Justice, Liberty and Equality are actively violated or denied.

The Taliban in Afghanistan is an example of the patriarchy-religion combination taking precedence over every aspect of individuals’ lives and the social-economic-political life of the population. Although Justice, Liberty and Equality are not its credo, Taliban’s destruction of Fraternity by cruel imposition of patriarchy and religion, actively denies these to the population.

Reverting to the Indian scene and our Constitution, Article 51A(e) reads: “It shall be the duty of every citizen of India, to promote harmony and the spirit of common brotherhood amongst all the people of India, transcending religious, linguistic and regional or sectional diversities … renounce practices derogatory to the dignity of women”. This goes beyond the Preamble’s resolve to promote Fraternity, and mandates every citizen to promote Fraternity – brotherhood and social harmony – as a fundamental duty.

It needs to be emphasised that “every citizen of India”, includes every politician of every political party (in government or opposition), every public servant in the Executive, Legislature, Judiciary and other public bodies, and every cleric of every religion, regardless of his/her personal religion, caste, gender, socio-economic status, ethnicity, and region/language.

Words and actions – intentional or otherwise, planned or spontaneous – of any citizen, which act against or diminish the feeling of Fraternity, are a violation of his/her constitutional duty. They work against the unity and integrity, and the security of our Nation.

All this needs to be considered in the context of lynchings and beatings, and caste and gender crimes, which are reportedly on the increase. It will be clear to all except bigots and criminals, that destruction of Fraternity by the patriarchy-caste-religion poison, is the primary cause of these social ills.

Every leader at every level of public life, of public administration, of industry-business-commerce, etc., every thought-leader and opinion-maker, every teacher-educator, every youth-leader, needs to apply his/her mind to encourage and enhance fraternal feeling among our population, and uphold the constitutional democratic values of Justice, Liberty and Equality. It is the fundamental duty of these leaders, as of every other citizen, “… to promote harmony and the spirit of common brotherhood amongst all the people of India, transcending religious, linguistic and regional or sectional diversities“.

To say that understanding and performance of this fundamental duty needs to begin at the top levels of every social, economic and political institution, is to state the obvious.

The patriarchy-caste-religion poison affects every single one of us to greater or lesser extent, regardless of our religion, caste, gender, ethnicity, age, status, family background, etc. Only by understanding and performing the fundamental duty of promoting Fraternity, can we overcome the patriarchy-caste-religion poison, which afflicts us and our Nation.

Why are our otherwise voluble top leaders who never hesitate to share their thoughts, silent when Fraternity is attacked? Why do they ignore their sworn fundamental duty to the Constitution?

We the People demand that every leader at the Apex of governance and administration at the Centre and every State/UT, sets personal example to promote Fraternity and remove the patriarchy-caste-religion poison. This is the desperate survival-need for our democratic Republic.

Lt General S.G.Vombatkere is a retired Indian Army major general, who swore to defend the Constitution and the Nation with his life, on December 10 1962.