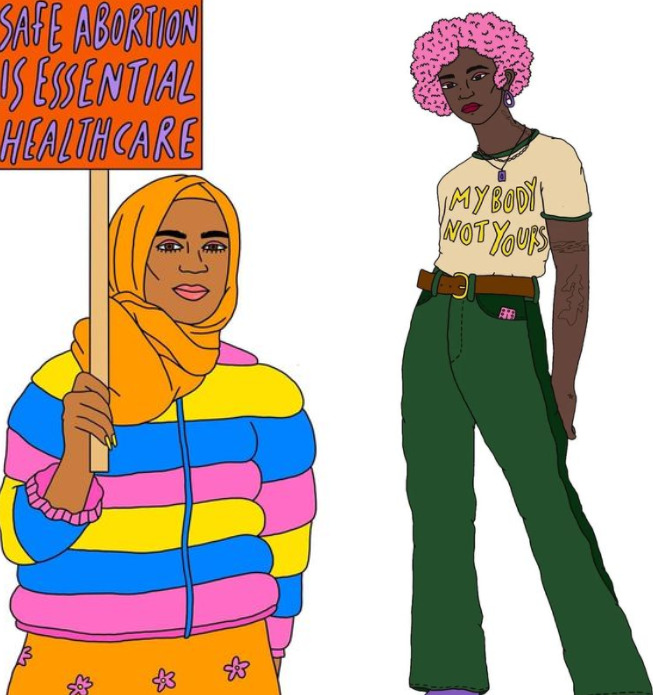 In the mid-1960s, I was a young National Health Service houseman in London specializing in obstetrics. One day I was called to the accident and emergency (A&E) department to see a young woman who was bleeding vaginally.

Before examining her, I asked her some basic questions. She told me that she had recently arrived from Australia and that she had had her last period around eight weeks prior.

On examination I found a small amount of blood and I extracted a tiny fetus, compatible with an eight week pregnancy.

There were no other products of conception such as placenta in her vagina, but with an obvious fetus, I thought little of it. I told the young woman that she had suffered an incomplete miscarriage and I transferred her to the operating room where I proceeded to perform a routine ERPC (evacuation of retained products of conception). This was, and still is, the standard management of an incomplete abortion

Unusually her cervix was tightly closed despite the miscarriage but I thought little of it. I dilated her cervix and carried out the procedure, being surprised again, this time by the large amount of products of conception I removed from the uterus.

Some weeks later, I mentioned this unusual case to an Australian colleague, who frowned. “You say she was an Aussie?” he asked. “Yes,” I replied, “Is that relevant?”READ MORE

He went on to tell me about a practice that he had come across in Australia, a country which—like Britain at the time, had strict abortion laws. Women there in need of abortions would sometimes insert a rabbit fetus with a little bit of blood and then check themselves in to A&E. At eight weeks, it would be very had to distinguish a human fetus from that of a rabbit and any doctors would assume that they had had a miscarriage

Of course, I will never know whether this was the case with the woman I treated, but the story has always stayed with me as a reminder of the lengths women would be forced to go before abortion was legalized in Great Britain in 1968.

As we mark International Safe Abortion Day, it is important to recognize that the last 25 years has seen dramatic changes in access to abortion. In 2018, Ireland joined the list of nearly 50 countries that have expanded access to lawful abortion over the last few decades and last December, Argentina legalized abortions up to the 14th week of pregnancy.

Last weekend, a referendum in San Marino saw an historic vote to overturn a 1865 law making abortion punishable by between three and six years in prison. But in other European countries such as Malta, Andorra and the Vatican City abortion is banned altogether.

At the start of the year, despite nationwide protests, Poland enacted a near-total ban, allowing it only in cases of rape or incest or when the pregnancy threatens the life of the mother.

There are still total bans or deeply restrictive abortion laws in places like El Salvador and several U.S. states including Louisiana, Ohio, Kentucky, Mississippi, Georgia, Alabama, Missouri and most recently Texas. At the start of this month, Texas enacted the strictest anti-abortion law in America after the Supreme Court failed to block the law meaning abortions will be banned after six weeks of pregnancy. This near-total ban has raised concerns about the right to abortion access established by the Supreme Court’s 1973 landmark decision in Roe v. Wade.

According to recent figures released by the International Federation of Gynecology and Obstetrics, lack of access to safe abortion results in 45 percent of all abortions globally being unsafe and accounts for 13 percent of maternal mortality. Of these unsafe abortions, 97 percent take place in South-Central Asia, sub-Saharan Africa and Latin America.

Research has shown that banning abortion does little to reduce the number of pregnancies that are terminated. World Health Organization figures suggest that despite restrictive laws, abortions continue to take place at roughly the same rate.

But instead of safe abortions, women are forced to attempt their own methods of abortion—with herbal concoctions or wire coat hangers or turn to unqualified practitioners. In Britain, they were called “back-street” abortions and I would witness first-hand the fall-out from their actions. Hemorrhage could be severe and septic shock—a not infrequent consequence of a backstreet abortion—carried a high mortality rate due to total organ failure. Many women would be left with infertility and chronic pelvic infections.

More than five decades on, I well remember what happens when abortions are pushed underground, and I remember the young women who arrived in A&E bleeding heavily, often requiring urgent resuscitation and blood transfusions, always in deep shock.

We need to ensure women worldwide have access to abortions if they seek them.

Dr. Milton Simanowitz was a National Health Service (NHS) consultant gynecologist, obstetrician and medical director of Edgware General Hospital, until he retired. He is currently finishing a book about his life working for four decades of work in the NHS.

The views expressed in this article are the writer’s own.