Why do our children giggle through Sex-education and how it can be changed? 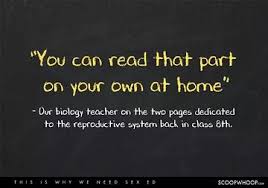 Current State of Sex-Education in India

Very few globalized and organized options for healthy sex education are available in our society. Shows like SEX EDUCATION streamed on Netflix create loud excitement among Indian masses as Indian children are not familiar with such pedagogies and view it as something embarrassing and unusual.

Sex, as well as sex-education, is a taboo theme and inherent to patriarchal structures and societies. It’s however commonly evident in developing countries from ‘South Asia’ as heavy social stigma being associated with these topics, a huge lacuna remains and is consequently suffered in terms of availability and methodology of sex-education, if imparted, to Indian children (school-going or otherwise) and young-adults.Sex education is mainly, and to our disadvantage, concerned with prevention of unwanted pregnancies (especially in unmarried teenage females), family planning in married, adult women and prevention of Sexually Transmitted Diseases (STDs), especially HIV-AIDS; after the AIDS pandemic of U.S.A., in 1980s, more awareness around HIV was spread globally.

Prevention of Unwanted pregnancies and protecting women’s ‘virginity’ are the primary motives for providing snippets of sex-education to young girls, as our ‘society’ attaches the idea of honor to women’s bodies. There is hardly any motivation observed in terms of securing the child’s overall physical and mental well-being in this process.

It lacks any discourse or exposure around sexuality; the multiple possibilities of sexuality and sexual desire. While talking about sex, it’s reduced merely to its ‘reproductive capability’, and is shorn of any acknowledgement or acceptance of sexual pleasure as a biological need in humans, just as in many other animals.

Currently the discourse has relatively opened up to include education about sexual exploitation, where children are taught about ‘good and bad touch’. Prevention of sexual harassment and/or abuse in young girls and/or children (especially female children) relatively propels this education forward, despite the stigma attached. 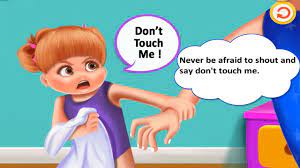 Sex education is taught as a part of the existing studies and not as a full-fledged separate subject. Snippets of sex-education are conveyed through Moral Science and Biology books. Details about sexual anatomy and process are only talked about after high school as part of Biology, which is only an optional subject and accessible to less than 30 percent students. Girls suffer badly because education is less accessible to them.

Myths around sexual anatomy and the process of reproduction and child-birth play a huge role in the failure of imparting sex-education to very young children. Children are fed misinformation like mothers giving birth to babies by vomiting them out or solely through surgical methods. No mention is made of the existence of a vaginal (or birth) canal. This instills curiosity, shame and fear in the children’s impressionable minds, who approach the topic of sex very cautiously and fearfully.

In ‘South-Asian’ societies and cultures, sex is mostly never discussed among family members. No transmission of knowledge about this vital aspect takes place between parents and young children. Hence, this informal and pivotal part remains missing in the process of sex-education, creating tension and stress in homes as due to absence of a safe-space, children start hiding their daily lives and questions about stigmatized topics from their anxious parents and tend to quench their curiosity from other sources; friends from the same age-group and/or unplanned and unorganized access to internet.  Young men grow up on a load of pornographic material and tend to normalize violent/non-consensual sex. This in many cases leads to sex-related crimes like stalking, online bullying and harassment , sexual abuse from family members, pedophilia etc.Media gives children highly idealized, fantasized and fetishized notions about sexual activity as it has a diverse target-audience. Normal human bodies are then seen as abnormal by the young mind.

Gaps in available sex-ed and the consequences

It lacks proper education about the various possibilities of sexual anatomies in human bodies. In doing so, the binary idea of sex/gender identity is created and inculcated in young children, who doubtlessly later fail to navigate through the complex arrangements and discourses around gender awareness and/or activism. As fluidity of sex-gender identity is not talked about and no mention of these terms as social ‘constructs’ is made, this process results in a failure to perceive ‘other’ bodies as normal and healthy. This leads to ‘othering’ of bodies the child is not aware of and the inability to ‘normalize’ the marginalized/ othered sexual-gender identities in later life. The most ignored topics are education around female sexual anatomy and the physical, sexual features of ‘other’ vulnerable sex-gender categories. The bodies of intersex and trans-people are viewed as medical (anatomical/hormonal/mental) anomalies, feeding children with this queer-phobic idea, affecting them negatively in their future understandings and negotiations. This ‘medicalization’ of sex-education leads to homo/trans-phobia, as children lack any knowledge or awareness about one’s own as well as ‘other’ bodies (stereotypical opposite sex, trans-sex, transgender, Intersex, etc.).

Due to insufficient education on anatomy, except a solo chapter in high-school Biology books that is mostly dropped from the syllabus or the lecture is full of children giggling while the teacher strives to keep a straight face, talking in a hush-hush tone throughout, children, especially young girls, are unable to notice the beginning of their puberty and unable to process or accept it. They are, if at all, given superficial details about menstruation, without elaborating on the biological reasons behind this. Women, even in their late 20’s and after, hardly know their sexual anatomy properly. Independent research shows that a major percentage of young women are unaware about the separate existence of their urethral orifice and vaginal opening. Studies show that most women hardly ever look at or closely inspect their genitals.

This approach makes young adults curious and unable to gauge the risks involved in unsafe experimentation and sexual acts. No space or scope for exploration of one’s sexuality is found and young children make every possible effort to fit into the hetero-normative categories of standard male and female bodies. The idea of standard masculine and feminine behavior becomes fixated in the minds of children and they end up hyper-sexualizing male bodies, objectifying/passivizing female sexuality and othering ‘non-normative’ bodies. The existence of ‘masculinities’ is never touched upon and only an ‘able-bodied’, cis-male is taken as the standard, and all other sex-gender categories fall under it hierarchically.

This results in a delay in the realization and acceptance of one’s non-normative gender identity in trans-kids, making it difficult or even impossible for closeted children/adults to come out. This scenario, coupled with the absence or dearth of counseling facilities in schools, leads to increased chances and levels of depression and anxiety in trans-children, as the process of transitioning becomes horribly traumatic for them.Unprotected sexual experimentation can lead to drastic and life-threatening results, especially in female and trans-children, who are more vulnerable to unwanted pregnancies and/or STDs.

Young men and women are shamed in schools, especially in sex-segregated missionary schools, for exhibiting increased body-grooming tendencies, as this behavior is considered unnatural and lewd. It’s a very common fact that as puberty begins, children become more conscious of their sexuality and instinctively or due to conditioning try to make their bodies more attractive and appealing to potential sex-partners. This is commonly observed in many animals as well where dancing, chirping, altered levels of pheromone and other secretions have been observed. The hysteria associated with such behavior is witnessed in the form of warnings, admonishments and even harsh punishments for disciplining ‘immoral’ children. Trivial things like the length of one’s skirt, haircuts/styles, usage of make-up and other cosmetic products are taken very seriously and the survivors of this humiliating and trauma-inflicting behavior find it quite difficult to accept their bodies and take pride in themselves.

According to UNICEF, 240 million alive in India today, were married before the age of 18.The issues of child-marriage and a skewed female-male ratio are directly dependent on the level of education of our masses and indirectly related to the quality and level of sex-education being imparted to children. Women do not understand the nuances of reproductive processes and sexual health and remain unaware of the complex ideas of rape and consent. Young girls are forced into arranged and/or child marriages, leaving them vulnerable to sexual exploitation, including marital rape. There is no scope for sexual pleasure and planned pregnancies.Lack of sex-education results in people having sex with multiple partners, without being open about it, risking their own as well as their partners’ health in the process. There are 4 million people living with HIV in India.

Menstruating women are considered impure by many people. Lack of menstrual and sexual hygiene awareness , inaccessibility of hygiene products and contraceptives lead to infections, unwanted pregnancies and unsafe abortions. As boys are favored more than girls and due to menstruation, nutrient deficiency is commonly seen in young girls, depriving them of a healthy physique. Sex education to young girls as well as their care-givers is vital in making a difference in this area.

Sex is reduced to its reproductive function and those who cannot reproduce are seen as dysfunctional or unproductive members of the society. This approach has led to invisibilization  and ghettoization of non-normative sex identities and moral policing and illegalizing of sex-work.

Light at the End of the Tunnel

Our country needs a restructured curriculum, where children are taught about their bodies without shame, where different ‘bodies’ are seen as normal as one’s own and although we are still in its very nascent stage, things are slowly changing. A complete rethinking of sex-education is the need of the hour and the only solution to giving our kids a free and fair future, and ridding our society of the venomous plague of misogyny and marginalization.

Van Jones just explained the truth about President Trump and it’s chilling
Letter to 'You' From A Citizen: You Think With Murder You Can Silence Us, You Are Mistaken!
Karnataka Lokayukta Vishwanath Shetty stabbed in his office #WTFnews
Chhattsigarh - 10 women die, as doctor used infected tools