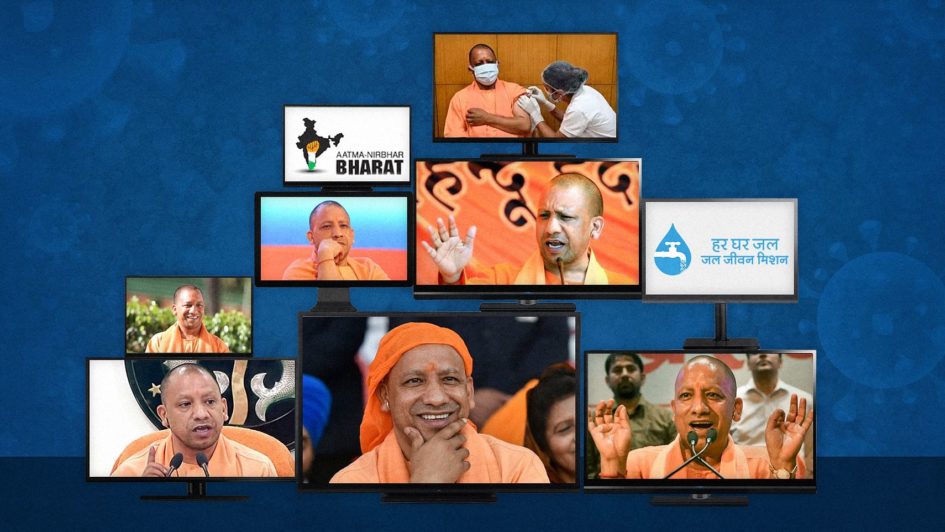 The figures, disclosed under the RTI Act, show that Network18 was the biggest beneficiary of the UP government’s deep pockets in 2020-21.

The Uttar Pradesh government spent a staggering Rs 160.31 crore on advertisements on TV news channels between April 2020 and March 2021, reveals a right to information reply by the state government.

A major chunk of the spending was dedicated to promote the “Atmanirbhar Bharat” campaign launched by the Narendra Modi government in May 2020, the RTI showed.

The biggest beneficiary of the Adityanath government’s ad monies was the Network18 group, which cornered Rs 28.82 crore through its channels CNN News18, News18 India and News18 UP Uttarakhand. The Zee Media group came second, with Rs 23.48 crore in ads on Zee News, WION and Zee Uttar Pradesh Uttarakhand.

The RTI was filed on March 15 this year by Umashankar Dube, 45, a resident of Lucknow. Dube is a journalist with DD News and the president of the Lucknow Jan Kalyan Mahasamiti, an umbrella body of the city’s resident welfare associations, or RWAs.

Dube received the RTI reply on July 18 and was taken aback by the Uttar Pradesh government’s huge ad spending. “This is people’s money, collected from their taxes,” he told Newslaundry. “This money should not be misused. In Covid era, if it was channeled directly into relief efforts, it would have been an achievement. But to spend it on advertisements on news channels – how is that justified?”

This did not include the ad monies received by these channels separately.

The effect that these multi-crore ads have on a news channel’s reportage is evident. In March this year, News18 India anchor Amish Devgan conducted a softball interview with Adityanath, where the chief minister’s suspect assertions about governance in UP were let go without challenge. There were no questions on state high-handedness during the Hathras rape case, the killing of anti-CAA protesters – all Muslims – or rising unemployment.

Not asking tough questions to the Adityanath government is coupled with shrill propaganda on its policies, like the anti-”love jihad” law or the population control bill. The channels leading the fawning coverage are also the prominent beneficiaries of ads: Zee News, India TV, News Nation, Times Now and the Republic media network.

NDTV 24×7 and NDTV India, which are often critical of the UP government, do not find any mention in the ad expenditure data.