He said then PM PV Narasimha Rao had agreed to their request of not sending any forces in order to smoothen the process of demolition. 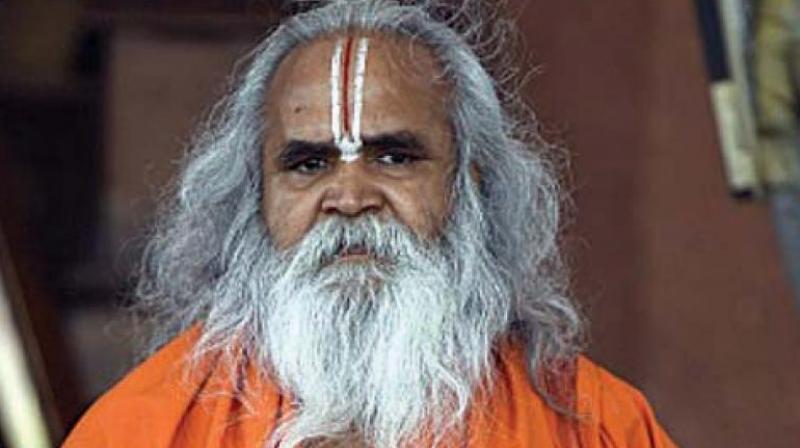 Lucknow: After being granted bail in the much disputed 1992 Babri Masjid demolition case, former MP RV Vedanti on Saturday, in an explosive revelation, said the pulling down of the ‘edifice’ had the backing of the then government.

Vedanti said that the then prime minister PV Narasimha Rao had agreed to their request of not sending any forces in order to smoothen the process of demolition without any hindrance.

“On the night of December 5, 1992 around 11 pm, the then prime minister Narsimha Rao called me and asked what would happen tomorrow? I told him that the kar sevaks would not move back behind demolishing the structure. He then asked what help I wanted. I told him that if their forces don’t come, we would demolish it, to which Narsimha Rao agreed,” Vedanti told the media in Lucknow.

On the involvement of other senior Bharatiya Janata Party (BJP) leaders such as LK Advani, Uma Bharti, Murli Manohar Joshi, Vedanti said all of them had come to the spot after the action had begun, but they had requested the kar sevaks to come down the building and stop what they were doing.

“When the entire thing started, L.K. Advani, Uma Bharti, Murli Manohar Joshi and others came and asked the kar sevaks to come down from the structure. Kar sevaks were of the opinion that the temple would not be made until the ‘structure’ is demolished,” he said.

The ministers, who are facing charges in connection with the Babri Masjid Demolition case, were granted bail by a special CBI court earlier today.

The accused were granted bail after signing a surety bond worth Rs. 20,000.

The next hearing in the matter will be held on May 22.

The court was hearing a case against the accused alleged to having been involved in demolition of the Babri Mosque in Ayodhya in 1992.

This comes a week after the Supreme Court allowed the CBI’s appeal in the Babri Masjid demolition case and restored criminal conspiracy charges against BJP leaders L.K. Advani, Murli Manohar Joshi, Uma Bharti and Rajasthan Governor Kalyan Singh among others.

However, Kalyan Singh, who was the chief minister of Uttar Pradesh in 1992, enjoys constitutional immunity as the Rajasthan Governor and can be tried only after he leaves office.

The apex court ordered that two separate cases in Lucknow and Raebareli against Advani, Joshi and Bharti and unknown ‘kar sevaks’ shall be brought together in one trial.

The Supreme Court also directed the trial court in Lucknow to commence the proceedings in four weeks and hear the matter on a day-to-day basis so as to complete the hearing in two years. The apex court also said there will be no ‘de novo’ (fresh) trial.

The CBI has been ordered to ensure that at least one prosecution witness appears in the trial court for recording of testimony.

To ensure a speedy trial, the top court has given two important directions – first, no party shall be granted adjournments without the sessions judge being satisfied of the reasons for it; second, the trial judge hearing the case shall not be transferred till the judgement is delivered.