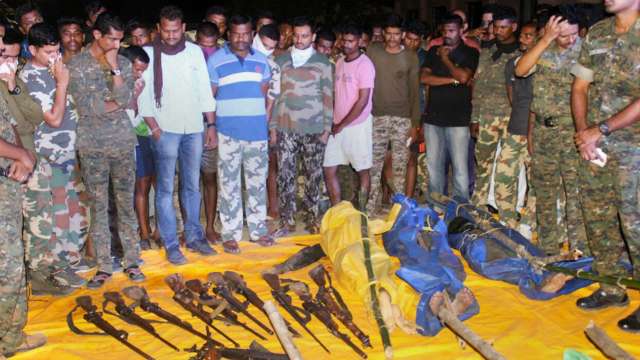 On 22nd and 23rd April, 2018 at Tadgaon, Gadchiroli, at least 37 people were gunned down in what a combined force of CRPF and a C-60 commando force of the Gadchiroli police called an ‘encounter’ with Maoists.

There are however several circumstances raising questions about the authenticity of the ‘encounter.’ In the first place, according to news reports, the number of casualties is much larger than the number of arms recovered – this raises the question if many or most of those killed were in fact unarmed non-combatants. Secondly, even the official version admits that the Maoists had been surrounded while resting in a village where they had come to attend a marriage party. Moreover, not a single police or CRPF personnel has been seriously injured or killed in the episode. This further raises questions about whether the firing by the CRPF and Gadchiroli Police was in fact a proportionate response in self-defence against an armed Maoist attack – i.e a genuine encounter – or in fact a one-sided massacre. The fact that the CRPF and Police force used barrel grenade launchers (UBGLs) intended to cause maximum casualties, further indicates that the killings might not in fact be an encounter at all.

The Supreme Court of India, in the PUCL vs State of Maharashtra verdict of September 2014, had observed that killings in police ‘encounters’ affects the credibility of the rule of law and the criminal justice system. The Supreme Court had then issued 16 Guidelines as the standard procedure for an independent and credible investigation into every single ‘encounter’. These guidelines mandated that the police must record any ‘tip-off’ regarding criminal movements in a case diary in some form, even if crucial details are not revealed; an FIR must be registered in the case of every encounter killing and forwarded to the Court under Section 157 CrPC; an independent investigation must be conducted by the CID or police team of another police station under the supervision of a senior officer. These guidelines also laid down detailed parameters that must be followed in any such enquiry, and also mandated that information regarding every single encounter is sent without delay to the NHRC or concerned SHRC. While the Supreme Court guidelines warn against gallantry awards or rewards to any officer until the authenticity of the ‘encounter’ is established in a court of law, this is violated often. Sections of the media have already begun valorizing and circulating a video of CRPF jawans dancing in celebration of the Gadchiroli killings. Such conduct by the CRPF violate all norms of professional and ethical behaviour mandated for armed forces of the State, and its celebration by sections of the media also violates the norms expected of responsible journalism.

Unfortunately, the Supreme Court itself as well as High Courts do not show enough diligence in ensuring that these guidelines are implemented in the case of every alleged encounter. The spate of so-called ‘encounters’ by the Uttar Pradesh Government; the killing of the SIMI members in Bhopal in an alleged ‘encounter’ – all smack of being fake encounters; and members of the UP Police force have even been recorded demanding bribes through threats of ‘encounter’ killings – and yet no action is taken.

We demand that the guidelines set down by the Supreme Court be strictly followed in the case of the Gadhchiroli killings – an FIR must be registered and an independent and timely Court-monitored investigation guaranteed. We also demand that the State forces desist from the ongoing harassment and victimization of the local adivasi population in the name of raids.