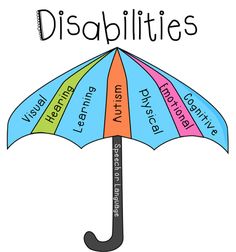 “Study the problems which have resulted in total exclusion and denial of persons suffering from mental illness the benefits of reservation under Section 33 of the PWD Act and also determine if the threshold of 40% under the PWD Act needs revision based on which an appropriate law could be made, or existing law amended”, said Justice Ravindra Bhat.

A Division Bench of Delhi High Court comprising Justices S. Ravindra Bhat and Deepa Sharma on Thursday highlighted deficiencies in the Persons with Disabilities (Equal Opportunities, Protection of Rights and Full Participation), Act 1995, and suggested reforms to the same.

Justice S. Ravindra Bhat noted such deficiencies in the provisions relating to providing reservations as well as with the common minimum threshold of 40% disability. “Whilst it is within executive domain to categorize which post can be suitable for what kind of person or persons with disability, the absolute minimum threshold of 40% in the case of certain kinds of disabilities could be the barrier – unwitting though the case may be, and eliminate from the post identification exercise persons with such disabilities altogether. This clearly has a discriminatory result, and an indirect discriminatory effect,” the Court observed.
It however, noted that it was incapable of providing judicial redress or severe the provisions. “What the court can and proposes, is to direct the respondent and the Central Government to, with the aid of appropriate subject experts in mental illness and disorders, study the problems which have resulted in total exclusion and denial of persons suffering from mental illness the benefits of reservation under Section 33 of the PWD Act and also determine if the threshold of 40% under the PWD Act needs revision based on which an appropriate law could be made, or existing law amended,” the Court concluded.
The appellant, Mr. Jadhav Vishwas Haridas had lived with acute phases of mental illness since 1996-97 until 2006. He was therefore a “person with mental impairment/disability” within the meaning of the PWD Act. In terms of the IDEA scale, the disability suffered by him was above 40%, rendering him ineligible to receive benefits in terms of reservation in employment and education.
He claimed that due to his illness, he could not be successful in employment (Central Civil Service) exams, despite appearing for the examination seven times. Post 2006, when his condition improved, he found no assistance to compensate for the time lost in combating the mental illness.
He had now challenged a Single Judge order dismissing his challenge to Section 33 of the PWD Act. Section 33 only lists i) blindness or low vision, ii) Hearing impairment and iii) Locomotor disability or cerebral palsy as the disabilities for which at least one per cent vacancies must be reserved.
Mr. Jadhav had demanded that the provision be declared unconstitutional to the extent that it excludes persons with mental illness for the purpose of job reservations. He had also brought to the notice of the Court that there was no compensatory mechanism, in terms of time lost while fighting the disability and inter alia sought other consequential reliefs. His petition was however rejected, ruling that no statutory or constitutional right of his was violated.
Responding to the challenge, the State had argued that the relief sought by the petitioner was already the subject matter of a pending legislation before the Parliament. The Single Judge had accepted these contentions and observed that the Court was not empowered to lay out a time schedule for enactment of a law or making changes in existing legislation.

While the High Court agreed with the Single Judge’s conclusions, it did not approve of the plea’s disposal without considering other reliefs demanded by the petitioner.
During the hearing, the Court noted that the Respondents were unable to shed any light on the reason for exclusion of those suffering from mental illness from the list of reserved categories entitled to reservations.
It thereafter opined that a 40% disability test to provide reservations in employment may be impracticable. “Hence it is the opinion of this Court that in a country where 26,810,557 individuals suffer from different disabilities, a one size fit all model might not be the most efficient. That 40% on the IDEA scale makes individuals more or less employable cannot be held ideal. The legislature may consider to create a model where individuals suffering from different disabilities may be recognized and given benefits in terms of education, employment, health etc. which are suitable to their individual condition. The benchmarking through the IDEA scale may have to vary depending on different disabilities,” it observed.
With regard to the penalty of bar from appearing in public employment, the Court was of the opinion that the Central Administrative Tribunal (CAT) may consider in its discretion the proportionality of such imposition having regard to all the facts of the case.

IN THE HIGH COURT OF DELHI AT NEW DELHI

(3) Under Section 2 (k) an establishment is defined as follows:

“establishment” means a corporation established by or under a Central, Provincial or State Act, or an authority or a body owned or controlled or aided by the Government or a local authority or a Government company as defined in section 617 of the Companies Act, 1956 (1 of 1956) and includes Departments of a Government;”

(4) Mental illness is defined as follows:

(5) Mental retardation has been defined in the following terms:

“(r) “Mental retardation” means a condition of arrested or incomplete development of mind of a person which is specially characterized by sub normality of intelligence;”

(6) A person with disability is defined by the Act in the following terms:

(7) Chapter VI of the Act deals with the employment of persons with disabilities. The relevant Sections of the said Chapter are as under:-

“32. Identification of posts which can be reserved for persons with disabilities. – Appropriate Governments shall-

(a) identify posts, in the establishments, which can be reserved for the persons with disability;

(b) at periodical intervals not exceeding three years, review the list of posts identified and up-date the list taking into consideration the developments in technology.

(i) blindness or low vision;

(iii) locomotor disability or cerebral palsy, in the posts identified for each disability:

Provided that the appropriate Government may, having regard to the type of work carried on in any department or establishment, by notification subject to such conditions, if any, as may be specified in such notification, exempt any establishment from the provisions of this section.

Provided that if the nature of vacancies in an establishment is such that a given category of person cannot be employed, the vacancies may be interchanged among the three categories with the prior approval of the appropriate Government.”

“a reading of Section 33, at the outset, establishes vividly the intention of the legislature viz., reservation of 3% for differently abled persons should have to be computed on the basis of total vacancies in the strength of a cadre and not just on the basis of the vacancies available in the identified posts. There is no ambiguity in the language of Section 33 and from the construction of the said statutory provision only one meaning is possible.

31) A perusal of Section 33 of the Act reveals that this section has been divided into three parts. The first part is “every appropriate Government shall appoint in every establishment such percentage of vacancies not less than 3% for persons or class of persons with disability.” It is evident from this part that it mandates every appropriate Government shall appoint a minimum of 3% vacancies in its establishments for persons with disabilities. In this light, the contention of the Union of India that reservation in terms of Section 33 has to be computed against identified posts only is not tenable by any method of interpretation of this part of the Section.

32) The second part of this section starts as follows: “…of which one percent each shall be reserved for persons suffering from blindness or low vision, hearing impairment & locomotor disability or cerebral palsy in the posts identified for each disability.” From the above, it is clear that it deals with distribution of 3% posts in every establishment among 3 categories of disabilities. It starts from the word “of which”. The word “of which” has to relate to appointing not less than 3% vacancies in an establishment and, in any way, it does not refer to the identified posts. In fact, the contention of the Union of India is sought to be justified by bringing the last portion of the second part of the section viz. “….identified posts” in this very first part which deals with the statutory obligation imposed upon the appropriate Government to “appoint not less than 3% vacancies for the persons or class of persons with disabilities.” In our considered view, it is not plausible in the light of established rules of interpretation. The minimum level of representation of persons with disabilities has been provided in this very first part and the second part deals with the distribution of this 3% among the three categories of disabilities. Further, in the last portion of the second part the words used are “in the identified posts for each disability” and not “of identified posts”. This can only mean that out of minimum 3% of vacancies of posts in the establishments 1% each has to be given to each of the 3 categories of disability viz., blind and low vision, hearing impaired and locomotor disabled or cerebral palsy separately and the number of appointments equivalent to the 1% for each disability out of total 3% has to be made against the vacancies in the identified posts. The attempt to read identified posts in the first part itself and also to read the same to have any relation with the computation of reservation is completely misconceived.

33) The third part of the Section is the proviso which reads thus: “Provided that the appropriate Government may, having regard to the type of work carried on in any department or establishment, by notification subject to such conditions, if any, as may be specified in such notification, exempt any establishment from the provisions of this section.” The proviso also justifies the above said interpretation that the computation of reservation has to be against the total number vacancies in the cadre strength and not against the identified posts. Had the legislature intended to mandate for computation of reservation against the identified posts only, there was no need for inserting the proviso to Section which empowers the appropriate Government to exempt any establishment either partly or fully from the purview of the Section subject to such conditions contained in the notification to be issued in the Official Gazette in this behalf. Certainly, the legislature did not intend to give such arbitrary power for exemption from reservation for persons with disabilities to be exercised by the appropriate Government when the computation is intended to be made against the identified posts.”