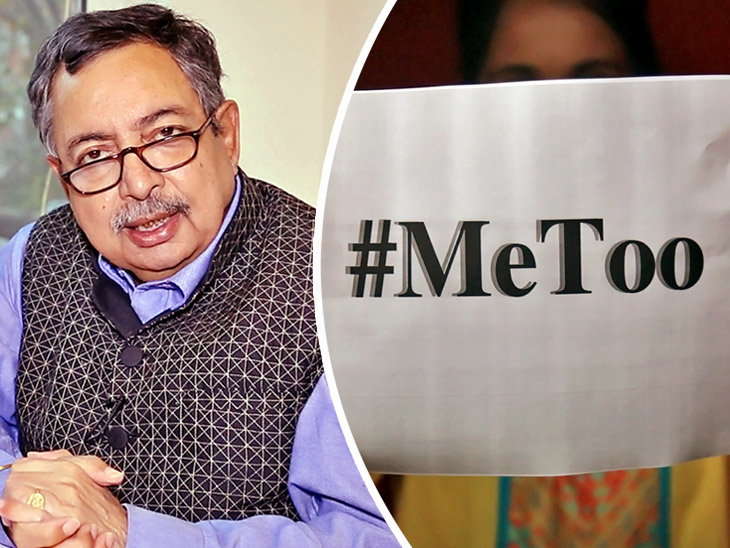 Vinod Dua faces #MeToo heat: Vinod Dua, who works as a consulting editor at The Wire Hindi and currently anchors The Wire’s ‘Jan Gan Man Ki Baat’, has been accused of stalking and sexually harassing a woman filmmaker. Taking to her Facebook handle, filmmaker Nishtha Jain has put out a post accusing Vinod Dua of stalking her and using cuss words against her. According to Nishtha, the incident took place in June 1989 when Nishtha Jian, then a graduate from Delhi’s Jamia Mass Communication Centre, met Dua for the first time during a job interview. Vinod Dua, who works as a consulting editor at The Wire Hindi and currently anchors The Wire’s ‘Jan Gan Man Ki Baat’, has been accused of stalking and sexually harassing a woman filmmaker. Taking to her Facebook handle, filmmaker Nishtha Jain has put out a post accusing Vinod Dua of stalking her and using cuss words against her. According to Nishtha, the incident took place in June 1989 when Nishtha Jian, then a graduate from Delhi’s Jamia Mass Communication Centre, met Dua for the first time during a job interview.

Nishtha Jain claimed that she was being interviewed by Vinod Dua for his upcoming political satire show. Jain alleged that even before she could settle in, Dua opened with a lewd sexual joke which made her feel uncomfortable to the core. During the interview, Vinod Dua asked her expectations of salary, to this Nishtha Jain quoted the amount which most of the graduates were getting. She said that she was fine with getting Rs 5,000. Listening to the amount, Vinod Dua insulted her by asking stature (Tumhari aukaat kya hai) (What is your stature).

Ashamed of getting such a reply, Nishtha Jain left his office and later started a job with Newstrack.

Accusing Vinod Dus of stalking, Nishtha Jain said that Dua always had the idea about when she was working late. Jain claims that one day she saw Vinod Dua at her parking. She said that he wanted to talk about something. Thinking that he wanted to apologise over his rude behaviour she went to him. As soon as she entered the car, he started slobbering all over her face.

She added that he tried to follow her again at the parking lot but she dodged him. The folloiwng development comes to light when both daughter, Mallika Dua, and father, Vinod Dua, slammed Bollywood actor Akshay Kumar following his ‘misogynistic’ remarks against Mallika Dua. Reacting to Akshay Kumar’s remarks, Vinod Dua claimed that he would ‘screw this cretin’.

Feeling sorry for Mallika Dua as his father too belongs to the hall of shame, Nishtha Jain said that she won’t be surprised if he denies the allegations as has always been an opportunistic person.

It was June 1989. I still remember the day because it was my birthday. There was extended family at home and mom was preparing for a little celebration in the evening. I was a recent graduate from Jamia Mass Communication Centre. I put on my favourite saree and left home with a fair amount of confidence for a job interview with a famous TV personality who had had a very popular show called Janvani. He was starting a new gig. It was supposed to be a political satire and I was interested. I was greeted with his typical sardonic smile. Before I could settle down he began telling a lewd sexual joke in that soft voice, barely opening his mouth. I don’t remember the joke but it wasn’t worth a laugh, just dirty. I felt hot in my face and I sat there most probably with an angry look. He explained the job and asked me what my expectations were and I quoted an amount that most graduates were getting at the time – 5,000 rupees. He looked at me and said, ‘Tumhari aukat kya hai?’ I dont know what had hit me. I was stunned. What was this about? I had faced sexual harassment early in life but this sort of humiliation was a new experience. By the time I reached home I was in tears. My birthday was ruined. I did tell my brother and friends about it. Soon after, I got a job as a video editor in Newstrack. I don’t know how this man learnt about it. He had friends in my office who would inform him when I would be working late. One night as I came down to the parking, he was there. He said, he wanted to talk to me and asked me to enter his car – a black SUV/Jeep, I don’t remember the make as I’m not into automobiles. Assuming that he wanted to apologise for his behaviour, I entered the car but before I could even settle down he began slobbering all over my face. I managed to get out and get into my office car and leave. I spotted him again in the parking in the coming nights and would go right back and wait till someone was ready to leave along with me in the office car. After a few days he stopped stalking me. The man was Vinod Dua. When I read about his outrage against Akshay Kumar’s sexist words to his daughter Malika Dua, I said to myself he’s obviously forgotten that he was no less sexist, no less misogynist, no less creepy a sexual harasser, potential rapist. If he did to me, I’m sure he would have done it to other women. Today, he does programmes explaining the world what constitutes sexual harassment. He should stop everything and look into his own shady past. I saw him on a thread which was expressing outrage the false accusations against Varun Grover. I could see what his mind was cooking up when stories against him spill out. I won’t be surprised if he denies. He’s always been an opportunist. #MeToo.

Press Release- India and Pakistan - Talking peace in the times of war mongering
How is your Aadhaar ID authenticated by private agencies?
Madras HC acquits Cops in Dalit Woman Custodial Death Case #Vaw
How Nilekani compromised us on #Aadhaar: Now, even UIDAI worries about misuse