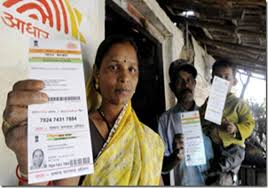 ‘Wanted to wait till the Supreme Court verdict on Aadhaar’
Bank says the man himself must have submitted the document, he says cannot recall any such submission

A 31-year-old businessman from Thane has alleged that his bank linked his Aadhaar ID to his accounts without permission, and that he was “stunned” when he received an SMS last week informing him about the same. Archit Kulkarni, who owns a consultancy firm, said he hadn’t provided his Aadhaar details to ICICI Bank as he wanted to wait till the Supreme Court verdict on pleas challenging the Centre’s move to make Aadhaar mandatory for various services, including banking and telecom, and also for availing benefits of welfare schemes.

While the bank has claimed Kulkarni himself must have submitted the document, he denies having done any such thing. Also, he insists this is not a case of whether he is right or the bank. “As a customer, it is my absolute right to tell the bank to delink my accounts from Aadhaar, especially when I’m ready to face repercussions if any,” he told Mumbai Mirror.

The Supreme Court had said last month that it may consider setting up a constitution bench to hear pleas challenging the move to make Aadhaar mandatory for various services, even as the Centre expressed its willingness to extend up to March 31, 2018, the deadline fixed for linking of Aadhaar.

Ritu Tadaiya from ICICI Bank, who was recently assigned as Kulkarni’s personal banker, said the only way the bank would have such details is when a customer himself provides it. “I’m not sure what has exactly happened in the case you are referring to. I’ll have to check the records. However, the bank will only know a customer’s Aadhaar ID and other such details when he/she provides it,” Tadaiya said.

Kulkarni dismissed Tadaiya’s contention, saying he had a meeting with his personal banker in the last week of November, wherein he was asked to provide his Aadhaar details and he had “flatly refused”. “A week after that meeting, I received an SMS saying the UID number has been successfully linked to my accounts. I put out a tweet addressing the bank and asking them to delink the accounts, but it hasn’t done anything,” he said.

Experts are divided over the matter, with Vishwas Utagi, general secretary of the Maharashtra State Bank Employees Federation saying this amounts to breach of trust, while RTI activist and former Central Information Commissioner contending the bank did no wrong.

“If the consumer has provided information to the bank, and then he/she expects the bank to take permission before utilising such information is stretching it a bit too far. As far as Aadhaar is concerned, there is no breach of privacy but there are problems with its implementation,” Gandhi said.

As a customer, it is my absolute right to tell the bank to delink my accounts from Aadhaar –Thane businessman Archit Kulkarni