Model Gaon: Changing begging mindset to entrepreneurship for 90% of villagers? 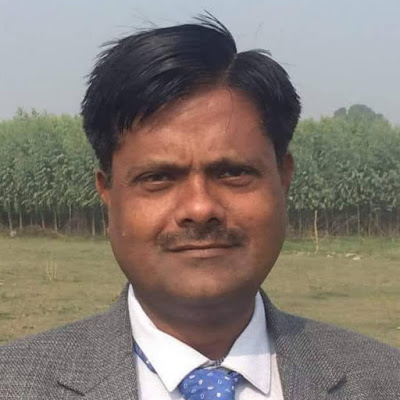 By Utpal K De, Simi Mehta
The project Model Gaon was conceived on the basis of Dr Heela Lal’s experience at the Banda district of Uttar Pradesh, where he was the district collector. In his brief time there, Dr Lal performed many successful experiments in different villages of Banda in the fields of agriculture development, women empowerment, drinking water, irrigation, etc.

As a result of his efforts, Banda had seen development in terms of the rise in groundwater and a substantial increase in the cropping intensity in the district. But these experiments were scattered across villages. This led to the idea of focusing all such experiments in individual villages so as to achieve the holistic development of said villages. This sparked off the inception of the Model Gaon project.

Munish Gangwar gave a brief insight into the background of the Model Gaon project. An important aim of this project is to make development the agenda of village discussions. This is essential since it has been observed that development is never the focus of villagers’ discussions.
The Model Gaon team is composed of various eminent personalities, including Padma Shri awardees (agriculture sector), an advisor to the World Bank, etc.

Saurabh Lall elaborated upon how the roadmap has been broken down into three broad activities.
The first of these core activities is an idea called Village Manifesto, which is a literature that contains about 25 development parameters and also some information about the meaning of development. This has been incorporated since many villagers struggle to define the technical meaning of development and are unaware of the parameters that should be focused on in order to transform their village into a model village.
Generally, any planning of development happens in cities and it is then supplied to villages. This Manifesto attempts to empower a villager with knowledge on what development really is, and tries to create a demand for development at the grassroots level. Once this demand exists, the right kind of welfare schemes and policies will start getting designed and the exact requirements of the villagers will start getting fulfilled.
The parameters listed in the Manifesto include cleanliness, education, health, solar energy production, water, technology, women empowerment, conflict resolution through maintenance of records and employment of data analytical techniques, reaping benefits of various welfare schemes, and many others.
When this Manifesto is circulated in a village, it opens up people’s minds and makes them more flexible in terms of acceptance of newer possibilities and means of development. This creates more demanding citizens and empowers them to co-operate with policymakers to devise schemes suitable to their needs and requirements.

The next step is to identify and groom someone to perform the leadership role and take this initiative further- someone who can translate thoughts into action and can engage more people in the project. Thus, this activity involves identification and development of a changemaker.

Model Gaon has created an online training module for them and these modules contain subjects which are of their day-to-day use. For instance, how to use email, the process of writing an application to an officer, creating reports, etc. It also imparts financial literacy on topics such as banking, savings, loans, interests, investments, etc.

These subjects are extremely beneficial to everyone as it helps them deal with daily problems. The changemaker development program has three stages to it. The first one is the दौड़ प्लान, which is basically the entire e-learning module. The other two variants to it are the छलांग प्लान and उड़ान प्लान. These other two stages provide practical experience to these changemakers by sending them to more developed villages and taking down pointers regarding development. They return to their own village and attempt to implement whatever they have learned through their experience. Expert help is provided to them in whichever sector they choose to focus on first.
The first two activities have focused on social development. “We are very well aware that no development can be called holistic if there is no financial development angle involved in it”, said Saurabh Lall.

The third core activity in focus is the Farmer Producer Company aspect of it. FPC is essentially group farming that is practiced in a way where the group, which comes together, registers itself as a company under the Companies Act and therefore, they become a Farmer Producer Company. There are certain benefits that the government provides if certain eligibility criteria are met.
An individual or an isolated farmer will typically have a very small landholding and will have to purchase all agri inputs at the retail price, which is very expensive. Therefore, the farmer’s produce will be limited in terms of both, quantity and quality. This restricts the farmer’s negotiating power and they end up selling their produce at whatever price they’re being offered.Dr Lal performed successful experiments in Banda district, UP, in agriculture, women empowerment, drinking water, irrigationOn the other hand, in group farming, there are economies of scale. They buy better inputs at a cheaper price since there’s a bigger landholding and the quality and quantity of the product will be high. This means that most of the bulk traders will prefer to buy from these groups. Therefore, the income of the farmers increases.
https://www.youtube.com/embed/B0KvetkFeEcNot only does this entire exercise benefit the farmers involved in it, but it also helps in building a local economy. An increase in disposable income will, in turn, increase aggregate expenditure. This will help local businesses crop up. Therefore, FPCs are beneficial to the community as a whole.
Thus, we can see that holistic development can only be facilitated if social and financial development goes hand-in-hand.

Criticism of the model

Numerous concerns were brought up regarding the project by the various panelists. The Chair of the event, Prof Sunil Ray, Former Director, AN Sinha Institute of Social Studies, Patna; Advisor, CDECS, Jaipur, questioned why we are still talking about rural development after 75 years of independence. He spoke about how this conversation of development has been going on since years on various levels but hardly any substantial change has taken place.
The problem here is illiteracy. Even though the literacy rate has increased, the issue is of literate illiterates. Many studies have revealed that class 10 students are not able to read even class 2 or class 3 literature. There’s a huge gap in education in the country. There’s also a large number of dropouts in each village.
Another major issue is of unemployment. Educated people, graduates, post-graduates aren’t able to secure jobs and since they don’t even possess agricultural skills, they end up staying idle in their villages. Agriculture backwardness is also a matter of concern. We have been so caught up in trying to follow the Western model of development that we have completely ignored the fact that Indian villages have their own strength and power. But these strengths are never tapped into.

He also highlighted the lack of discussion around social discrimination that is embedded in the village structure such as casteism, religious differences, etc. These factors tend to halt development and render such models useless. Even FPOS/FPCs are successful only when they have sturdy support, from either the government or NGOs. Once that support is pulled down, these structures often crumble.
Prof Dhanmanjiri Sathe, Emeritus Professor, Savitribai Phule Pune University, brought up an interesting point about how all the 25 development parameters mentioned in the Manifesto cannot be worked upon on the village level itself. Some of those parameters need attention on a district or even state level. For example, a single hospital caters to a number of villages in a district.
Thus, issues of health will have to be dealt with on a district level. Similarly, problems of electricity can only be handled on a state level. Therefore, all the 25 issues need to be worked upon separately.

Prof G Sridevi, Associate Professor, School of Economics, University of Hyderabad, noted that the Model fails to address the re-distribution of resources across various marginalized groups at the village level. Socially marginalized groups cannot truly be uplifted if we do not have a conversation about their access to resources and education. Economic equality cannot be achieved without social equality.

Dr Heera Lal emphasized their strategy of changing mindsets: “If in a village, 10% of the population is rich, sufficient to sustain themselves, and 90% are not sufficient, our focus is to change the mindset from a begging mindset to entrepreneurial mindset.”
Dr B Srinivas, Associate Professor, Jamia Milia Islamia, supported the idea of encouraging rural entrepreneurship. In the present day, the agriculture sector is not in the limelight. He spoke about the need to develop interlinkages between agriculture and industries. Further, there’s also a need to develop agro-based industries.
He concluded by saying that it’s essential to build awareness about these things on the grassroots level. Setting up rural entrepreneurship is the best idea to strengthen villages.
—
Acknowledgement: Chhavi Kapoor , research intern at IMPRI, pursuing bachelors in Political Science, Literature, and Economics from St Xavier’s College, Mumbai

Meerut- 60 Balmikis threaten to convert; VHP steps in
Beware! Fraudsters Are Using Mobile Numbers That Are Similar to Toll-Free Numbers
The Queens of Nonfiction #mustread
Modi govt has shot itself in the foot with the Naga ‘peace’ accord