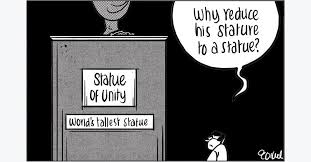 * Nation does not mean only land, territory, boundaries, a flag, an anthem, a language, a dominant ideology etc… It is first about people, ethics, values, philosophy, principles, diversity, tolerance, equality, justice, peace, democracy, and whatnot.

We live not by the state defined boundaries but by a universality of the Laws of Nature and Principles of Humanities too. – Rohit Prajapati