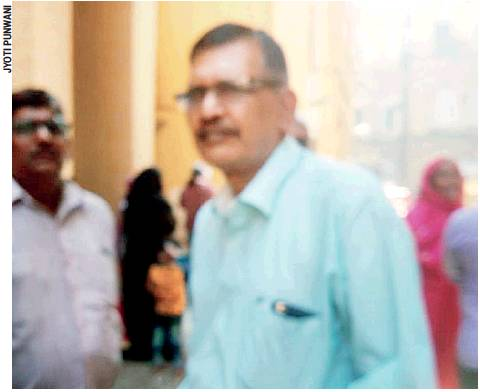 Chandrakant Jagtap tells court that nobody fired at the police from the bakery’s terrace; nor was any policeman injured

The police version of the Suleman Usman Bakery raid during the 92-93 Mumbai riots was contradicted by a cop on Wednesday, who testified that he neither witnessed any firing on the police from the bakery, nor was any policeman injured in the raid.

All along, the police have alleged that terrorists were firing on them from the terrace of the bakery on Mohammed Ali Road on January 9, 1993. As they did not stop, the then Jt CP RD Tyagi ordered the Special Operations Squad (SOS) accompanying him to break open the bakery door and arrest the terrorists.

During the raid, seven workers of the bakery and a teacher from the adjoining madarsa were shot dead. However, no firearm was recovered nor any terrorist arrested; neither the 78 arrested on the spot nor the 8 dead had any criminal record.

In 1998, the Justice BN Srikrishna Commission recommended strict action against Tyagi and his two lieutenants of the SOS for the unprovoked firing. In 2001, the Special Task Force (STF) set up to act upon the Commission, filed a murder case against 18 policemen including Tyagi. Tyagi and eight other accused were discharged in 2003. The rest are facing trial.

On Wednesday, Chandrakant Jagtap, who was part of a patrolling team on that day, testified in the court of additional sessions judge UM Padwad. He said that he was standing opposite the bakery from 10.30 am to 7 pm. During this time, he did not witness any firing on policemen from the bakery.

Jagtap also made the startling revelation that the statement bearing his signature, taken in 1993 by the Crime Branch, was not recorded in his presence. That statement had supported the police version.

The police had subsequently filed a case against the bakery and the madarsa of attempt to murder and rioting, and under the Arms Act. All the accused were discharged in 2011.

“The crime branch had called me but did not record my statement. I did not give any statement to the crime branch. I was not present when their statement was written down,” said Jagtap on five occasions. He was a constable at the time of the incident and retired as sub inspector.

Jagtap said he, along with seven or eight policemen led by Pydhonie station’s inspector PI Ingle, reached the bakery around 10.30 am. Assistant sub inspector Nagre, who was stationed opposite the bakery near the Taj Book Depot along with his staff, told Ingle that they were being fired upon from the bakery’s terrace.

Ingle and some of his staff then went to the terrace of the building housing the Taj Book Office to check but Jagtap stayed back. Ingle then had a talk with the control room on the wireless.

Around 12.30 pm, Tyagi came there with his SOS. They and Ingle went towards the bakery, said Jagtap. Jagtap, who was still near the Taj Book Depot, heard sounds of firing from the bakery.

After some time, a big vehicle from Dongri police station reached there and took away those who were injured to the hospital. Tyagi then left with his SOS, but Ingle and his men, including Jagtap, remained there till 7 pm. No policeman was injured in this operation, said Jagtap.

Jagtap said he had a .303 rifle with some rounds but he did not fire during this period.

However, defence advocate Srikant Shivade confronted Jagtap with a document of the STF dated July 24, 2001, in which it was recorded that he had fired 5 rounds from the road opposite the bakery before the arrival of Tyagi.

Jagtap alleged that ACP Sonavane of the Special Task Force, who had recorded his statement in 2001, had not shown this document to him. The entry made against his name in the document was incorrect, he maintained.

Jagtap said he could not identify any of the accused policemen present in court as at that time they had been wearing helmets and he was at a distance of 150 feet from them, at the book depot.

Curious case of Sambhaji Lakshman Patil – How the law is helping him hold two positions (that of a M...
Uri Attack: The Strategic Need of The Hour
‘My arrest was psychological warfare’- Urdu Journalist
#India - When Government gives a free hand to grant forest clearances to private projects