Vrinda Grover , on Facebook
The CCTV footage has been shown to many carefully identified and selected persons in the media and influential and powerful persons, by family and close coterie of friends of Tarun Tejpal. This is in violation of the law and the order of the court. Yes, the family has a right to defend Tarun Tejpal, but not by committing unlawful and illegal acts. 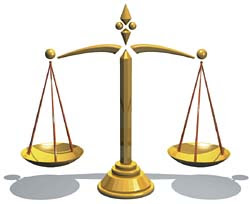 Yes, we must debate issues and cases of public importance. I do not support a gag order of any kind. Not even the one imposed by the Delhi High Court in favour of the former Supreme Court Judge in the case of the law intern.

On each occasion the friends and family of Tarun Tejpal have orchestrated a media campaign against the young woman journalist. The entire campaign hinges on the ‘young woman’s character’, which when decoded means the same old thing, her past sexual relationships. Please note, the modern day, English speaking or rather writing, khap panchayats have ruled in favor of Tarun Tejpal on precisely the same grounds. The woman complainant appears ‘normal’, it must be consensual. Bingo!

What is the “reasonable conduct” of a survivor of rape or sexual assault or sexual harassment or sexual abuse? Jurisprudence in India, will have to be engendered, to understand and comprehend this.

Is it a coincidence that these articles appear at a juncture when a bail petition will be moved for Tarun Tejpal in the Supreme Court. I firmly believe that under-trials have a right to bail. However, the jails are overcrowded with an under-trial population that is disproportionately POOR. Where the accused persons can threaten witnesses, or tamper with evidence or use their position to cause prejudice to a fair trial, their liberty is constrained through denial of bail. We do not have a witness-victim protection mechanism that offers any real security to the complainants and so at times bail should be refused.

We live in a real world where power, influence and position, can and does manipulate and subvert and truth. It appears that at times these results can be achieved even when the person is in custody. Even as the law stands by, as a mere spectator, indifferent to its promise to protect the woman’s dignity.

Also to all my friends and fellow travelers who are secular activists, anti-communal campaigners and civil libertarians, I have not overnight become naive, nor have I succumbed to some victim’s story. I am thinking with the same clarity, mental agility, and political astuteness, with which i engage with the Ishrat Jahan case, or Soni Sori, or the Muzaffarnagar gang rapes. In my struggle against fascism, I do not prioritize rights or victims. At the core of my politics lies freedom of all, including women.