World Mental Health Day: These artists are talking about depression, anxiety through comics 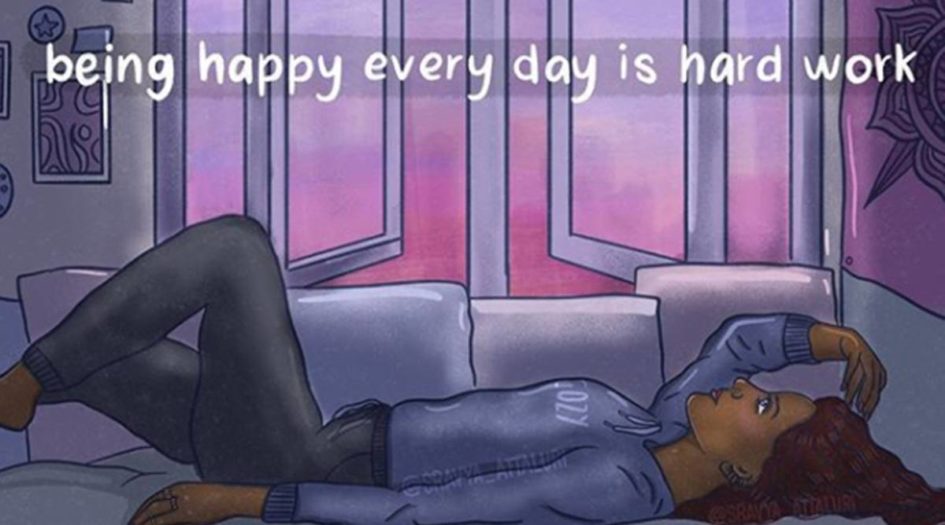 World Mental Health Day 2020: Challenging the popular notion that comic books are only for fun and are not meant to be taken seriously, several artists have been using the medium to spread awareness and educate people about several issues that impact the lives of both kids and adults

World Mental Health Day 2020: As kids, what attracted us most about comic books were the cartoon figures and colourful illustrations more than anything else. And naturally so, because many of us grew up with the idea that these comics were meant primarily for recreation, not learning. It is only as an adult that you realise these very books were addressing a range of issues that may have been overlooked or were never drawn attention to as a child.

Challenging the popular notion that comic books are only for fun and are not meant to be taken seriously, several artists have been using the medium to spread awareness and educate people about several issues that impact the lives of both kids and adults, one of them being mental health. Raj Comics, for instance, recently came up with a comic book edition of the popular Super Commando Dhurva, written by Manoj Gupta and Ayush Gupta, on the hero’s struggle with depression. Besides comic books, there are plenty of webcomic strips on mental health that have been doing the rounds on social media for a while now.

Comics as a medium of sensitisation

First things first, how can comics serve as a medium for talking about an issue as serious as mental health? Artist Rahil Mohsin, who has been highlighting the issue through his comics, for instance, wanted to capitalise on people’s eternal love for the art form. The 30-year-old from Bengaluru, who has been posting his work on mental health on Instagram, told indianexpress.com, “In the current scenario, everybody looks up to social media for any kind of information, be it news, sports or any other social issue. I think today, we are consuming things at a very fast rate. And I felt that getting across the right kind of information through the right format to that kind of demographic would be most important. We have infographics, of course, but we also share a sense of love for comics. My comics are for everyone.”

Comics, as an art form, has a universal appeal and accessibility, and therefore, become an effective means of reaching out to the masses, believes graphic designer and illustrator Sravya Attaluri. This is what inspired the 25-year-old, born in Hyderabad and based in Hong Kong, to use comics to visually communicate what could not be articulated in words. “It is relatively easier to start a conversation about mental health through comics. It is something you can share with your friends and family. Comics help normalise talking about the issue because a lot of the times the imagery around depression and other mental health issues are very dark, but mental health does not have to portrayed negatively. As long as you are using the right terminology and portraying what it feels like to be in the situation, I think comics and illustrations do a very good job,” she said.

Read| Matters of the mind: Response, resilience and recovery — the three-dimensional strategy for mental health

These artists do not pose as experts on mental health; they mostly use comics as a means of expressing their personal struggle with mental health issues, which resonate with people a lot more. Sreejita Biswas, a 33-year-old artist from Kolkata, now based in Bengaluru, took to creating comics on mental health after going through a “pretty bad episode”. Diagnosed with Borderline Personality Disorder (BPD), which includes self-image issues or difficulty in managing emotions and behaviour, she started her mental health-related medication as early as a 14-year-old. It was in 2016 that a series of unfortunate events triggered her suffering due to which Biswas, initially a writer, was unable to pen down her thoughts. “It was very crippling for me. I had always been interested in comics, so when I could not write, my illustrator colleague suggested drawing. Thankfully, it turned out that I was a decent artist,” she laughed. Biswas has been creating comics for a mental health awareness organisation for the past three years, apart from her other works. Currently, she is working on a comic book about her personal struggle with BPD. Comics on BPD by Sreejita Biswas, whose pen name is Solo.

Mohsin, on the other hand, took to making comics on mental health after personally facing difficulties during the coronavirus lockdown, something a lot of people globally were struggling with too. “During the pandemic and the subsequent lockdown that was imposed, I was not exactly in the right mental state. I was all by myself. Soon, I started checking out some documents and social media pages on anxiety and other mental health issues. I began decoding all the information on mental health and give it a sort of comic spin so that is easily available for everybody.”

Attaluri too makes sure to base her comics on her own day-to-day experiences or that of people she knows personally. “For me, it is more about conveying to people who may be struggling with mental health disorders that they are not alone. Some people get angry if they see comics giving suggestions. So I like to reiterate that I am an artist and not a mental health expert,” she emphasised.

A lot goes into making comics on issues like mental health to ensure a fine balance between putting across the right information, and the entertainment value. The first step is to do adequate research on the topic and then comes the task of analysing the pulse of the audience the comic is to be addressed to. Each creation, thereafter, is guided by the artist’s sensibility and creative style that make them unique.

For instance, Mohsin’s last book Catdad & Supermom that was launched at Comic Con 2019, delved into the issue of bullying. But instead of making the protagonist a victim, he chose to explore the character’s response when someone else was bullied, or what, according to him, was about addressing a bystander’s mentality, in an effort to create a more inclusive narrative rather than viewing bullying in exclusion. The artist is now working on its second series.

As an Indian-origin artist, Attaluri makes sure her comics represent women who look like her. “We are used to seeing white protagonists in fiction and other media. My comics feature brown women. Skin colour is very important to me,” she said.

When it comes to creating comics for kids, Biswas ensures her work is good enough to sustain a child’s interest. And that is why she uses fantastical elements in her comics for kids. “It is a lot easier when you fictionalise the concept. When you add a little bit of magic to the truth, learning becomes more fun and I think that is what matters when it comes to teaching children about sensitive issues,” she stated.

Biswas added, “I was a kid and parents had this wrong idea that comic books are just for fun. Thankfully, I come from a family where people have been into comic books, so my interest was developed right from childhood. Parents these days are a lot more open to their kids learning better, so if anything is not objectionable or does not hurt sentiments, they are pretty open to letting kids read it.” A comic strip on coping with mental health issues by Biswas.

‘Harder as an Indian artist because I am not white’

The conversation around mental health has a long way to go but for now, the artists are happy with the response they have been receiving from their audience. Even on social media, people have come forward to share their feelings and thoughts. And the artists are continuing their efforts with the hope to break the stigma around mental health. “I make pretty honest comics. I see so many other people who live with the kind of mental health issues that I do, and they have never really spoken about it or gotten help. It makes me very sad that there are still people who do not want to talk about this because of the stigma,” Biswas mentioned.

For Attaluri, who began working as an independent artist this year, 2020, the journey, however, has been a little challenging as an Indian artist among other white competitors but that did not deviate her from her purpose. “People tend to put me in boxes or use labels. It is harder when you are not white. But I think it is a step in the right direction to be an Indian artist competing with international artists as well,” she said.