‘Bittersweet’ highlights a shocking truth about women in Beed 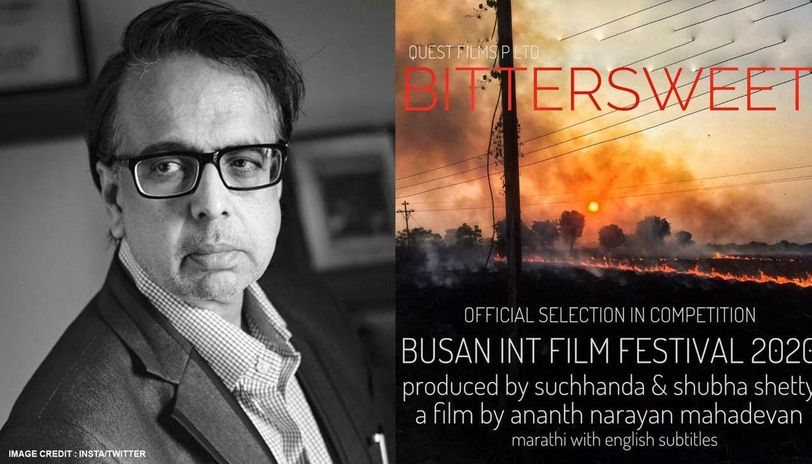 Ananth Mahadevan is off to the Busan International Film Festival with his new film, and he has shared what compelled him to make his latest.

Titled “Bittersweet”, Mahadevan’s new film has been nominated in the Competition section of the prestigious film fest that will take place between October 21 and October 30 this year.

Mahadevan says the condition of female sugarcane cutters in the Beed district of Maharashtra was an eye-opener, and he felt he had to tell their story.Advtg.

“It was so disappointing to realize that something like this is going on in India, in Maharashtra. When I started probing the issue and researching, there was not much document or hard material available. It is a volatile subject and is about human survival at a humongous cost, under an excruciating circumstance,” Mahadevan told IANS.

Elaborating on the issue, the filmmaker said as sugarcane is a seasonal crop, the cutters had to earn money within six months so that they could survive for the rest of the year. Since menstruation is part of a woman’s life, if any female worker takes a day off during that time of the month, the authorities not only deduct her salary but also of the male members of her family.

He continued, “You must not forget that India is the second-largest sugarcane exporter after Brazil. But what is the price that the authority is demanding to achieve economical success, from these sugarcane cutters — especially the women workers who are working on the field?”Advtg.

“There is a nexus between sugarcane barons, field contractors, the politicians, and local gynaecologists. The solution that they came out with is hysterectomy surgery — removal of the uterus of women who are working in the sugarcane fields. Ten years ago, when the issue was raised, the local doctors, with constant counselling and brainwashing, made the women understand that removal of the uterus would be beneficial for them. They are told that if there is no uterus, there would be no menstruation problem, and no cancer of the uterus, and they could work freely — no salary cuts! The frightening part is, no women made any complaint initially and later it became a common practice!” he said.

According to the filmmaker, the account that is shown in the film is based on news reports as well as interactions with locals and victims.

“Today, when I am talking to you, 90 per cent of the female population of Beed do not have wombs. They cannot give birth to children. They destroyed the biological circle of these women. It left me shaken as a filmmaker,” he added.Advtg.

FIR being filed against every shopkeeper who does not open his shop in Koondakulum
Jailed Iranian Women Stop Hunger Strike #prisons #Vaw
Has SC contradicted itself by pitching against quota in higher education institutes ?
India - Ghost Of A Gram Sabha (Village - Council )