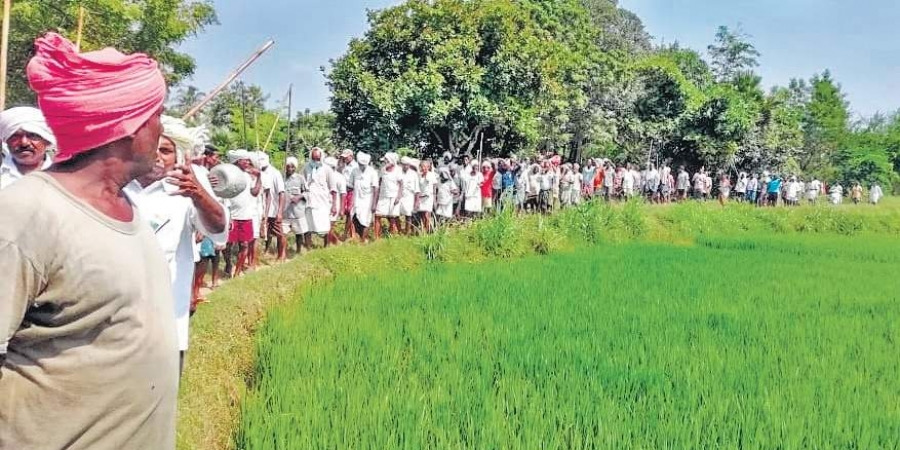 Amaravati: The Andhra Pradesh government on Thursday issued an order for returning 2,180 acres of land, which was originally sought to be acquired for the Kakinada Special Economic Zone (SEZ) back in 2007, to the farmers following a protracted struggle.

The farmers who owned the land refused to part with their property or receive compensation and carried out an agitation for many years.

Based on the recommendations made by a six-member committee headed by agriculture minister K. Kanna Babu, the government ordered that the 2,180 acres of land be returned to the farmers so that the Kakinada SEZ could go ahead and industries be established.

The Union ministry of commerce and industry notified the Kakinada SEZ in the year 2007 for establishing a port-based multiproduct SEZ spread over several villages under U Kothapalli and Thondangi mandals in East Godavari district. The Kakinada SEZ could not take off as intended because of many unresolved issues, mainly those related to land.

As the Y.S. Jagan Mohan Reddy government sought to fast-track the Kakinada SEZ project, it constituted the six-member committee to talk to the aggrieved farmers and resolve the issues. The committee submitted its final report to the government last month and the cabinet approved it in toto.

Accordingly, the industries and commissioner department special chief secretary R. Karikal Valaven issued an order stating that habitations in Srirampuram, Badipeta, Mummidivaripadu, Pativaripalem, Ravivaripadu and Ramaraghavapuram (part) villages would not be disturbed. Only in case of Ramaraghavapuram, the habitations could be shifted to Ravivaripadu village if necessary, he said.

The patta lands in these villages would also be removed from the list of prohibited properties that would enable sale and purchase.

The special chief secretary said the AP Employment of Local Candidates in the Industries and Factories Act, 2019 has to be implemented providing 75% of jobs (in Kakinada SEZ) to the local unemployed youth. The Kakinada SEZ would also have to establish a skill development centre for the locals to acquire necessary skills fit for employment.

The government also directed that industries proposed to be set up in Kakinada SEZ or in the vicinity, including the Divis Labs unit, take all necessary precautions for proper treatment of effluents and shift the marine outfall to a farther point so as not to adversely affect the local hatcheries.