Days after author Chetan Bhagat claimed that Ira Trivediallegations of sexual harassment were “false” and even posted a screenshot of the email she sent him back in 2013, she has hit back. In a series of allegations and counter allegations, Bhagat tweeted, “So who wanted to kiss whom? @iratrivedi’s self-explanatory email from 2013 to me, esp last line, easily shows her claims from 2010 are false, and she knows this too. This mental harassment of me and my family has to stop. Please don’t harm a movement with #fakecharges #harassed. (sic)”
In response to the Bhagat, Trivedi has hit back in an interview with The Quint, stating that he quoted her out of context and maligned her image. To support her claims, she released an email trail that allegedly followed her mail that ended with the salutation “Miss you, kiss you.” 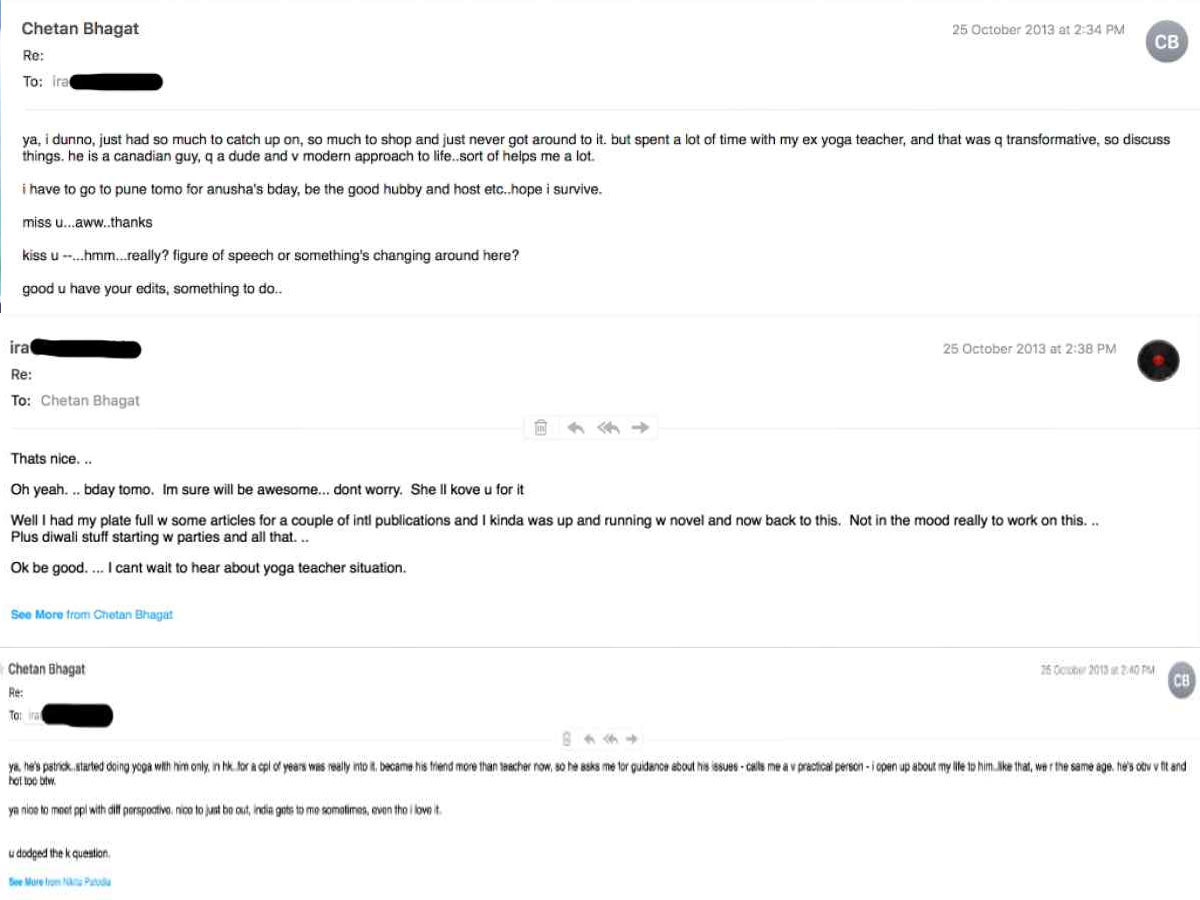 In a video, she also said that the author admitted that this comment was a figure of speech and that he wanted to know if “something was changing.”

According to the report, she claimed that despite the fact that she “firmly and clearly told Mr Bhagat NO”, she says he “persisted” saying “u dodged the k question.(sic)”

Calling out his “lie” in a tweet, where he asked, “Who calls their harasser as chief guest for their book launch?” Ira rubbished it saying that Bhagat was “independently approached” to write the foreword and that they had both been paid to be a part of the launch and promotions.